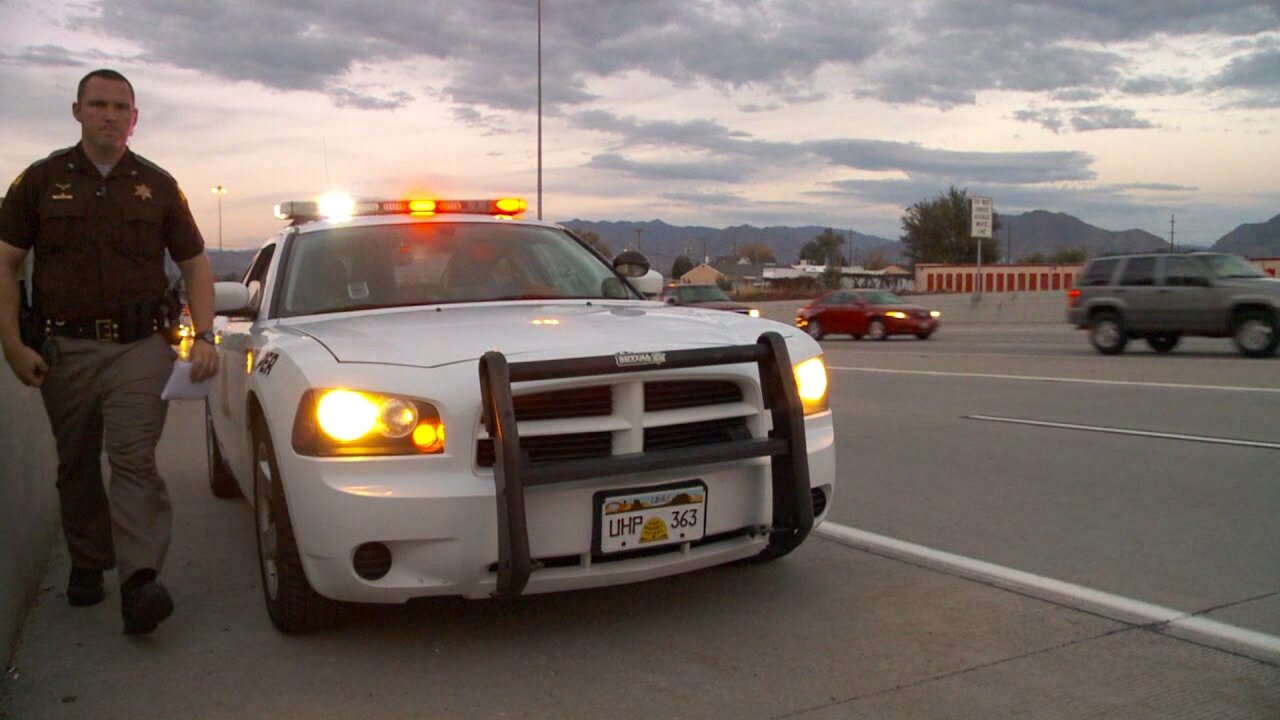 SALT LAKE CITY - Buckle up every time you get in the car? If you don't, you can expect to get pulled over and get a ticket.

Starting Tuesday, a new bill goes effect allowing officers to pull you over if you're not strapped in.

Before, police could only ticket drivers for not wearing a seat belt if they are already being pulled over for another violation.

That has changed with the new law implemented on a three-year trial basis.

Authorities said the first time you get pulled over you will get a warning but after that you can expect a ticket.

That ticket will amount to a $45 fine but that fee can be waived if the person takes an online safety course.

Traffic safety advocates including the Department of Transportation, the Utah Highway Patrol and those who have survived car accidents gathered at the Capitol to mark the upcoming kickoff of the new law.

“We're here to celebrate and recognize the implementation of probably the most significant law that came out of this last legislative session, and that's the primary seat belt law: It's a law that will absolutely save lives,” Carlos Braceras said, UDOT Executive Director.

Supporters said this legislation is key in reaching the state's goal of zero fatalities on Utah roads.

UDOT officials said seat belts reduce the risk of injury or death by about 50 percent, and they said more than 500,000 Utahns are still not buckling up when they travel in vehicles.

The law could increase seat belt usage by 7 percent, according to UDOT.

Experts said it is the single most effective traffic safety device for preventing death.

“We have great DUI laws, we have great speeding laws, this is going to be a great seat belt law--and it will save lives,” said Rep. Lee Perry, R-District 29.

It would also save the state an estimated $32 million in hospital costs each year.

Lee, who has been in law enforcement for 27 years, said he has seen firsthand how important seat belts are.

"Just this last year, even right after the session, I’ve seen three crashes that all were traumatic and terrible and could have been a whole lot different by one simple thing--and that's by wearing a seat belt,” Lee said.

Michael and Jodi Barney have personal experience with seat belts; the couple and their three daughters hit black ice and their truck rolled, which crushed the driver's side of the vehicle.

“My head and my shoulder hit the freeway as we rolled and ended up facing southbound in the fast lane but back on the wheels,” Michael Barney said of the crash.

The family said if they had not been wearing seat belts, they would have died.

“Just a miraculous miracle all-in-one, but really helped us understand how important, how fragile life is,” Barney said.

Braceras said their goal is to educate people.

“It’s an education bill," Braceras said. "This is not about fighting people, it's to help them understand they can make one choice to save lives and that's the simple choice of buckling up."

Fox 13 is partnering with the Utah Department of Transportation and the Highway Patrol on the Zero Fatalities campaign.