PROVO, Utah - Meagan Grunwald faced a blistering cross-examination from prosecutors who questioned her version of events about the murder of Utah County Sheriff's Sgt. Cory Wride and the shooting of deputy Greg Sherwood.

"Ms. Grunwald, you have a lot on the line, don't you?" deputy Utah County Attorney Sam Pead  asked her. "Much of your testimony has been that anything that makes it look bad for you is Jose Angel Garcia’s fault."

Pead went through Grunwald's testimony the previous day, pointing out contradictions in her testimony (telling friends she was going to marry Jose Angel Garcia Jauregui but denying it to others and denying ever seeing a gun when others testified Garcia pulled one on her father). As the questioning grew more pointed, the 18-year-old's voice dropped to a whisper. At times the judge had to tell her to speak up so the jury could hear.

"During the trial, when you’re facing very serious charges now you’re testifying Angel Garcia was a kidnapper and a threat?" Pead asked.

"How is anyone supposed to know you’re telling the truth on Jose Angel Garcia?"

After a long pause, she said: "I don’t know how to explain, but you just like had to have been there inside the cab. You’ll understand it."

Pead insisted that Grunwald knew her boyfriend was on parole, and suggested that they had been engaged to marry.

"In truth, no things and no persons were going to get in the way with being with Angel?" he said.

"I guess if you want to put it that way," she replied, her voice barely audible.

In a blow to her defense, Pead asked if the pickup was put in gear before or after Garcia said "I'm going to buck him," referring to shooting Sgt. Wride. Grunwald paused, then muttered: "before."

Pead noted that after the shooting, she stayed in her lane and turned off her hazard lights. He also pointed out she drove well during the shooting of deputy Sherwood and the chase with police on I-15 near Nephi.

Grunwald sobbed as she was pressed about why she didn't do anything after the officers were shot.

"I thought all police officers had bulletproof glass," she said.

"If he had bulletproof glass, why didn't he keep driving after you?" Pead countered.

The prosecutor also asked why she did not jump out of the pickup at any point.

"Because I didn't have the courage," she cried.

While she claimed to have been forced to drive by Garcia and had her and her family's lives threatened, prosecutors noted that Grunwald disobeyed orders on a couple of occasions and was not harmed.

When pressed about why she followed Garcia after they abandoned her truck on I-15 near Nephi, she claimed he had threatened her. She said he turned around while running, but it was obscured by a sign on the videotape played for the jury. She admitted that she had gotten in the SUV that was carjacked first.

Grunwald acknowledged that police yelled at her to get down, but she said she was looking at Angel. She testified she did believe the police shot at her.

Grunwald is facing a number of charges, including aggravated murder and attempted aggravated murder in the Jan. 30, 2014 death of Sgt. Cory Wride and the wounding of deputy Greg Sherwood. Prosecutors believe her boyfriend, 27-year-old Jose Angel Garcia Jauregui, shot them. He was shot by police and later died.

Even though she did not pull the trigger, Utah's lack of accomplice law has her facing the same level of charges. She faces up to life in prison, if convicted. Because she was 17 at the time of the crime, she could not face the death penalty.

Closing statements are planned for Friday. In jury instructions, both prosecutors and the defense agreed that the eight women and two men of the jury could find Grunwald guilty of "lesser-included offenses" which would be first-degree felony murder and attempted murder.

Those are lesser charges that could mean less of a sentence, if she were to be convicted. Under Utah's aggravated murder statute, Grunwald could face a life without parole sentence. Under first-degree felony murder, she could face up to life, with the possibility of parole. 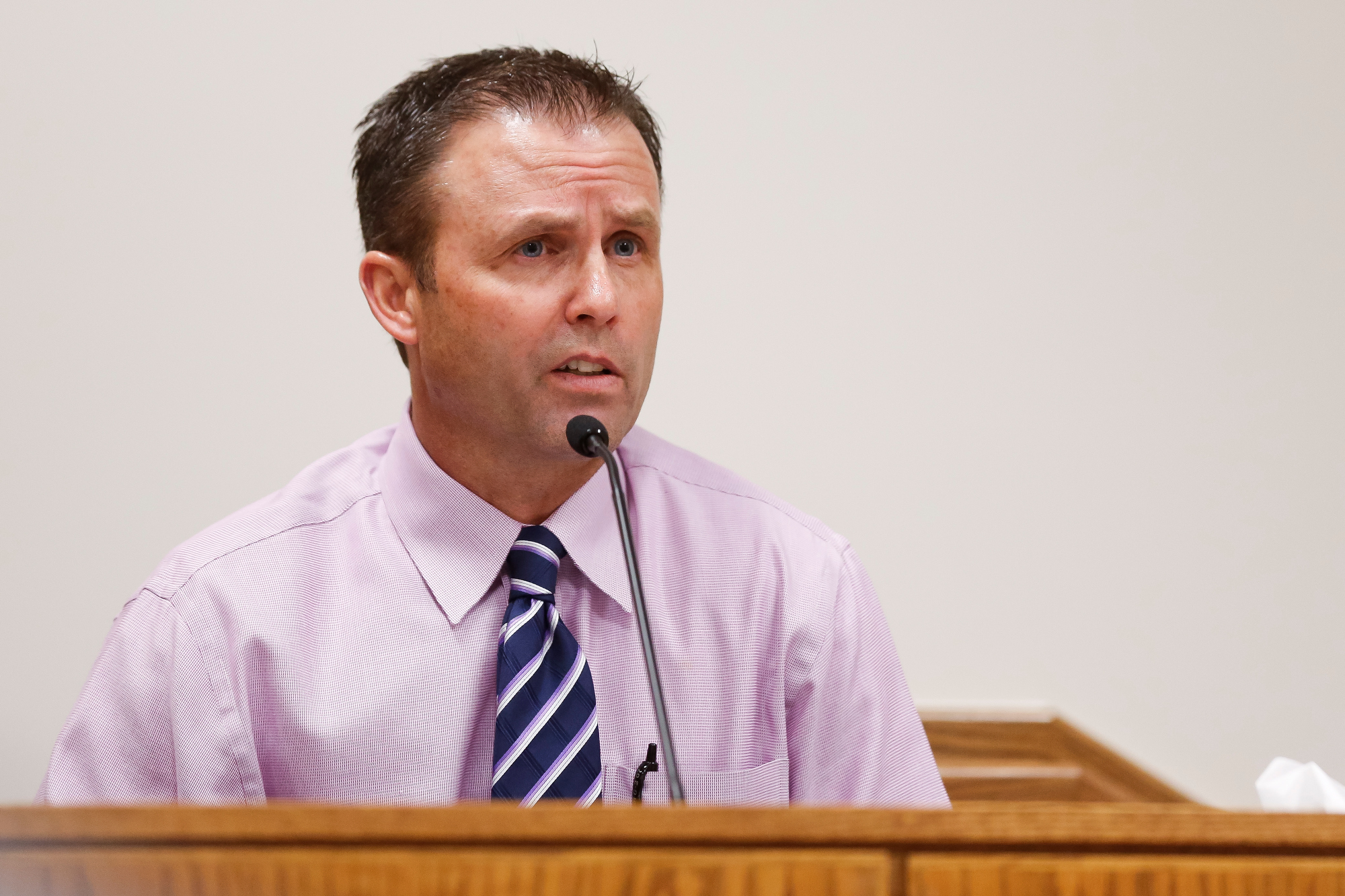