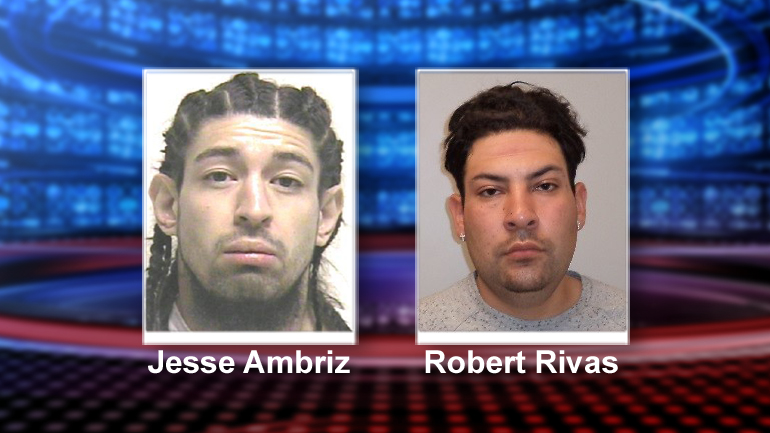 PLEASANT GROVE, Utah — Police responding to a bank robbery in Pleasant Grove Monday arrested a suspect who was walking away from the scene, and on Thursday police took the second suspect in the alleged robbery into custody.

According to a press release from the Pleasant Grove Police Department, officers responded to the Utah Community Credit Union at 105 East State Street in Pleasant Grove, where two men had robbed the establishment. The crime occurred around 3:30 p.m. Monday.

A suspect wearing an orange construction vest, a wig and fake beard as part of a disguise was located and arrested after the robbery. He was identified as 28-year-old Armando Jesse Ambriz of Taylorsville. The second suspect, also wearing a disguise, escaped with an undisclosed amount of cash.

Pleasant Grove detectives continued to investigate, and Thursday they arrested Robert Phillip Rivas, a 26-year-old man from Salt Lake City who they said is that second suspect.

Both suspects have been booked into the Utah County Jail, where they faces multiple charges that include robbery.