Tornadoes, flooding ravage Midwest and it’s not over yet 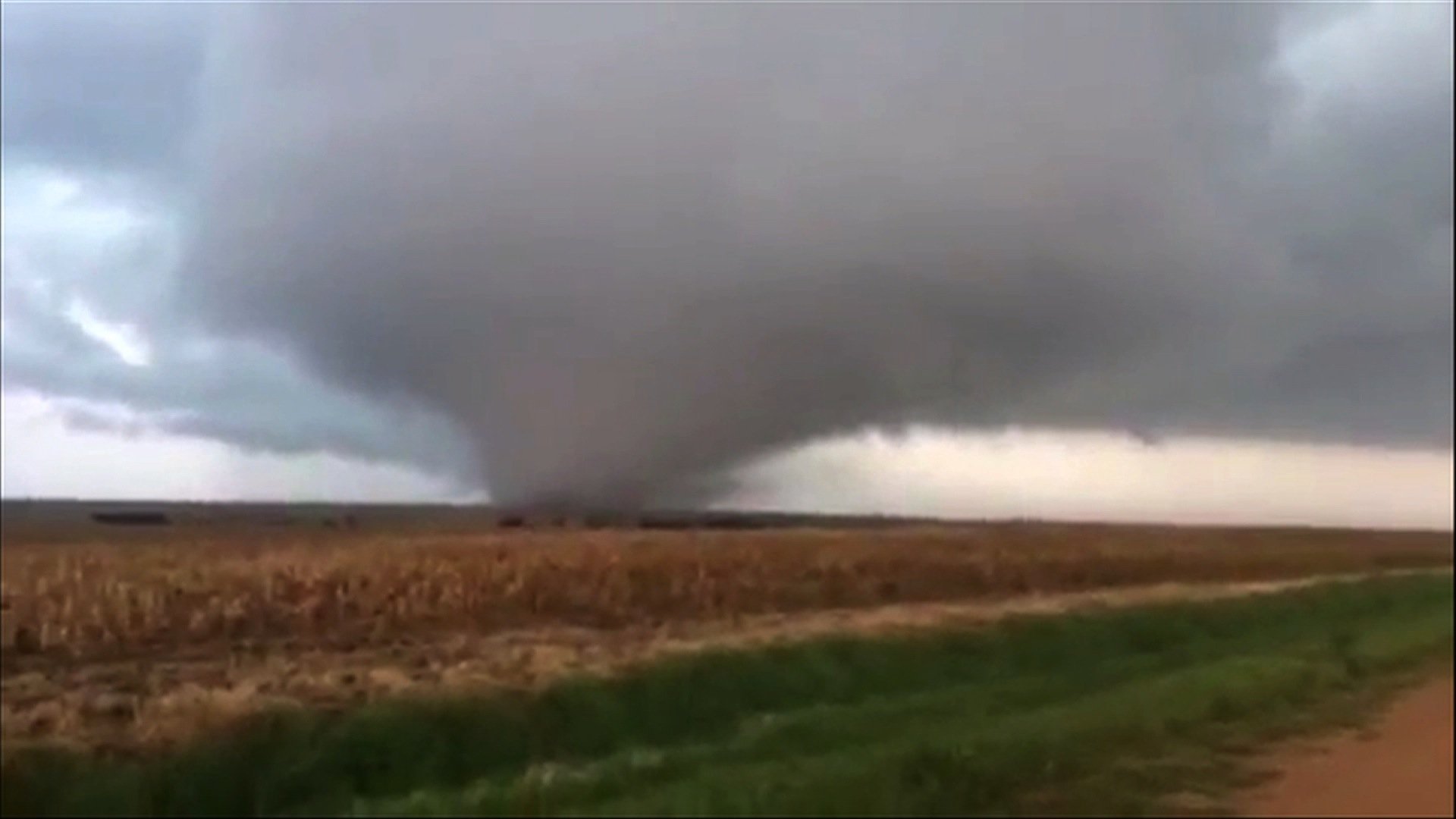 The worst of the storms’ winds are gone and they left a lot of damage behind.

They also brought dangerous amounts of rain as they rampaged through — rain that continued to fall Thursday, pushing some rivers and creeks up to, if not over, their banks.

MORE: Click here to get the latest updates from KFOR-TV

That was the reality that residents of parts of Oklahoma, Kansas, Nebraska and Texas woke up to a day after severe storms roared through those states.

The good news? A second day of tornadoes appears unlikely, with the National Weather Service Storm Prediction Center forecasting only a “slight” chance of powerful thunderstorms in the Great Plains and pars of Texas, including the Dallas area.

The bad news? There’s more precipitation predicted to fall Thursday from Texas north to Minnesota, which is not a good thing for waterways already stressed by all the rain that’s fallen so far.

Severe thunderstorm watches came and went in the early morning in southern Oklahoma and northern Texas. Still, even without the thunder and lightning, the rainfall remained a threat in places. The weather service’s Norman, Oklahoma, office reported a severe storm before dawn in the community of Cookietown with “hail the size of golf balls and very heavy rainfall.”

Of course, heavy rain in the spring in this part of the United States is hardly an anomaly. Nor is the flooding that often goes with it.

Still, that doesn’t make it any less of a serious challenge.

Authorities issued flash flood warnings for Thursday morning in southeastern Nebraska and Oklahoma, including Oklahoma City. Those aren’t scheduled to last long, but some flood warnings — tied to waterways set to rise even after the rain stops — will remain in effect into the weekend.

In Nebraska, the Big Blue River near Crete, East Cache Creek near Walters, and the Deep Red Creek near Randlett are all expected to go past flood stage later Thursday. Turkey Creek, near Wilber, was already more than 5 feet above flood stage around 2:45 a.m. (3:45 a.m. ET) Thursday and projected to go even higher.

Similar problems persisted in parts of Oklahoma. For example, the North Canadian River was 3 feet above flood stage just after midnight around Oklahoma City and projected to rise 2 feet more before finally cresting.

Texas and Louisiana also had their share of flooding headaches, including sections of the Neches River and the Mississippi River around Baton Rouge.

Many of these issues follow intense downpours on Wednesday, like the nearly 9 inches of rain in parts of Nebraska and 3 inches per hour that fell in pockets of north Texas.

Authorities in Oklahoma City, located in the middle of its namesake state, issued a flash flood emergency for the first time ever after 7-plus inches of rain fell there.

That city’s Will Rogers World Airport experienced flash flooding and water damage as the storm rolled through. But the prospect of tornadoes was an even bigger fear, promoting two evacuations of terminals — the last of which began around 7 p.m. and lasted for nearly three hours.

The NWS had 50 reports of tornadoes in Texas, Oklahoma, Kansas and Nebraska.

One of those hit a mobile home park in Oklahoma City, injuring at least 13 people, according to Susie Patterson of that city’s Emergency Medical Services Authority.

Even for those not directly in the line of the suspected tornado, the storm left behind a mess.