UPDATE, 9:39 p.m.: An investigator with the Utah County Attorney's Office pulled up and rushed a box into the courthouse. It appeared to be the box containing the gun that was used to murder Sgt. Wride. FOX 13 has confirmed the jury asked to see a piece of evidence. A court spokeswoman also said the jury had dinner around 9:10 p.m.

PROVO -- A jury of six women and two men have begun deliberating in the murder trial of 18-year-old Meagan Grunwald, charged in the murder of Utah County Sheriff's Sgt. Cory Wride and the attempted murder of Deputy Greg Sherwood.

Grunwald is facing a dozen charges, including aggravated murder and attempted aggravated murder. Even though she did not pull the trigger and kill Sgt. Wride or wound any other officers (prosecutors say it was her boyfriend, Jose Angel Garcia Jauregui), under Utah law she is on the hook for the same level of offense.

But in closing statements, Utah County prosecutors said Grunwald was an active participant.

"Nothing was going to get in her way and come between her and her man," deputy Utah County Attorney Sam Pead told the jury.

Pead said Grunwald had developed a relationship with Garcia that included talk of pregnancy and marriage. Her world came crashing down when Garcia learned there was a warrant out for his arrest for a parole violation. On Jan. 30, 2014, she pulled over to the side of the road and that's when they encountered Sgt. Wride, who inquired if she was OK.

Garcia told her he was going to shoot Wride.

"He is going to 'buck him in the f---ing head.' Defendant now knows the plan and she acts," Pead said. "They escape, leaving Sgt. Wride to die. He was an obstacle in the way and their future."

Prosecutors said Grunwald's actions of speeding up, slowing down and the speeding away when Deputy Sherwood was shot. Pead said she drove "over any obstacle" in her path. In the chase, the carjacking and her actions, Pead said she never tried to escape but followed Garcia wherever he went.

"She is along for this wild ride for her man. She is in this with Jose Angel Garcia to the end," he said.

It was only after Garcia was shot by police and Grunwald was arrested that she claimed to be a kidnap victim, Pead said. But he said she cursed the cops and called Garcia "baby" and "honey." The prosecutor said it was Garcia himself who told police the extent of their relationship with his words: "Can I kiss my girlfriend with my last dying breath?"

"Actions speak louder than words. The defendants actions scream out what her intent was," Pead told the jury.

Defense attorney Dean Zabriskie pressed the jury that Meagan Grunwald is a victim of Jose Angel Garcia and has now been charged as the defendant in this case. He called Garcia "the ultimate predator."

Zabriskie told the jury to take a look at the case through Grunwald's eyes -- as a 17-year-old girl.

"There is only one survivor as to what happened in that truck on that day prior to Sgt. Cory Wride," he told the jury. "Only she knows what was going on in her mind, in her life. Keep that in mind."

Addressing why she did not flee, Zabriskie likened Grunwald's situation to that of kidnap victim Elizabeth Smart, who said she feared for her family which is why she didn't call for help. Grunwald also feared for the safety of her family, he told the jury.

He placed the blame squarely on Jose Angel Garcia, acknowledging the teenage girl loved him -- but downplayed the tokens of their relationship that the state offered as evidence, including a "promise ring" given to Grunwald.

"That ring binds her to a homicidal maniac?" Zabriskie asked the jury.

Zabriskie pointed to Grunwald's rough childhood and how she even reacted to cross-examination by the prosecution as to her personality. He called Garcia "the ultimate predator" and "a reptile masquerading as a rabbit."

"He seduces her, controls her, takes over her room," Zabriskie said of Garcia. "He's manipulating her."

While he acknowledged that Grunwald loved Garcia, Zabriskie said the relationship had run its course. He insisted that she had no idea what was going to happen. The defense insisted the warrant was not enough to get Garcia in trouble, but offered to the jury that Grunwald herself posed a threat to him -- that he could be investigated for sex abuse.

"If there's anything that's going to send him back to prison, it's Meagan," Zabriskie told them. "She poses a threat."

Trying to make his point that she felt threatened, Zabriskie grabbed a replica gun and pointed it at members of the jury as he recalled what Grunwald said happened and the threats she faced, asking aloud: "Does that not cause your heart to increase?"

Zabriskie said Grunwald's story "is plausible" as he explained the shooting of Deputy Sherwood, as she attempted to navigate traffic with a gunman in the cab of her car. He continued to lay blame on Garcia and remind the jury that she's 17 as he addressed the chase and the carjacking on I-15.

"This is not Bonnie & Clyde, this is not Thelma & Louise, this is a young girl caught up in things she had no control over," Zabriskie said, adding that Jose Angel Garcia got his "just rewards."

But he urged the jury to acquit Meagan Grunwald because she had no intent or knowledge of the crime spree.

In a rebuttal statement, prosecutor Tim Taylor urged the jury to "please don't leave your common sense at the door" and stick to the evidence of the case. Taylor said if the jury does not believe Meagan Grunwald's testimony, they can disregard it. He counted 25 instances in her testimony where he claimed she lied to the jury.

Prosecutors acknowledged that Garcia killed Sgt. Wride and shot Deputy Sherwood, but added firmly: "She is not a sacrificial lamb." 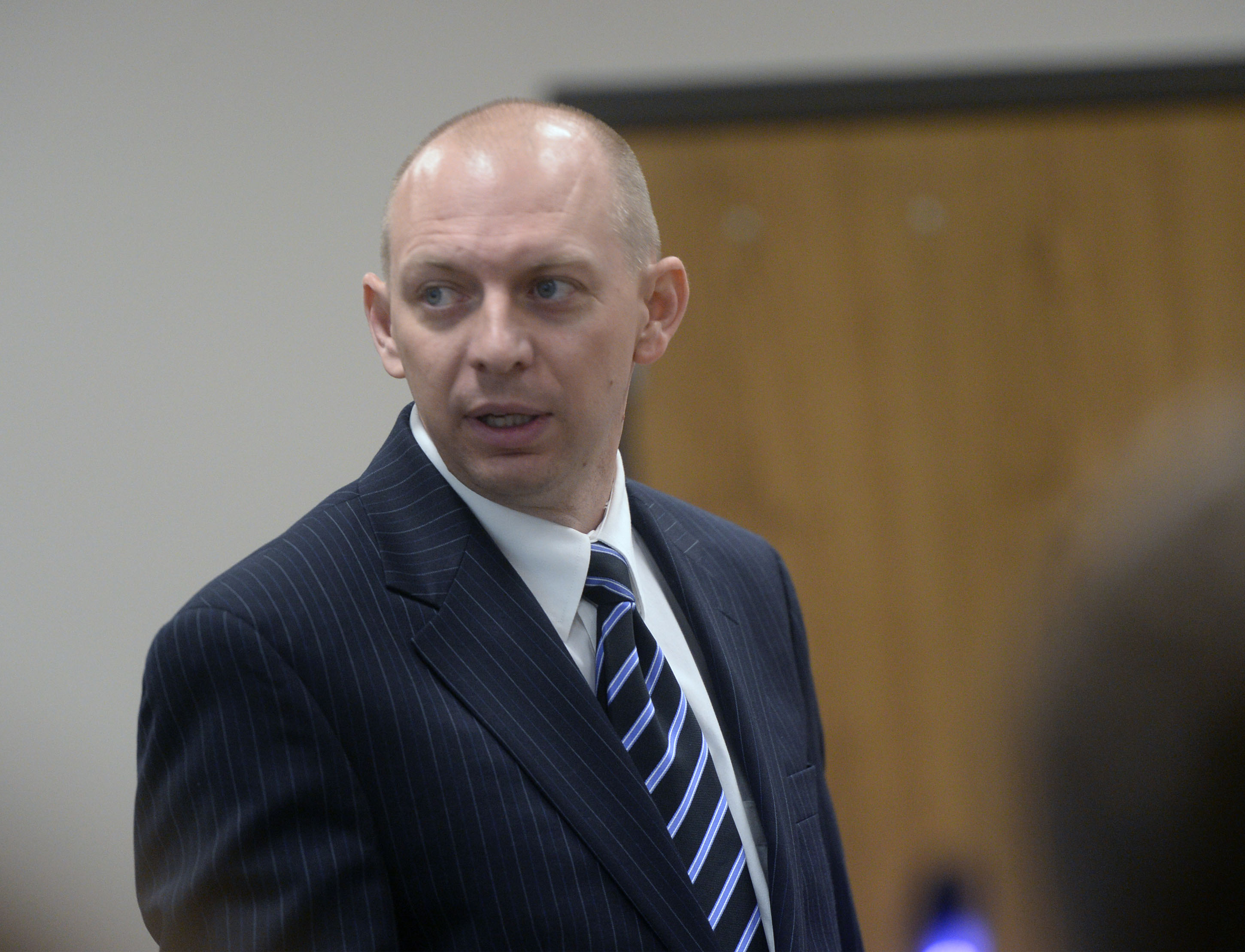