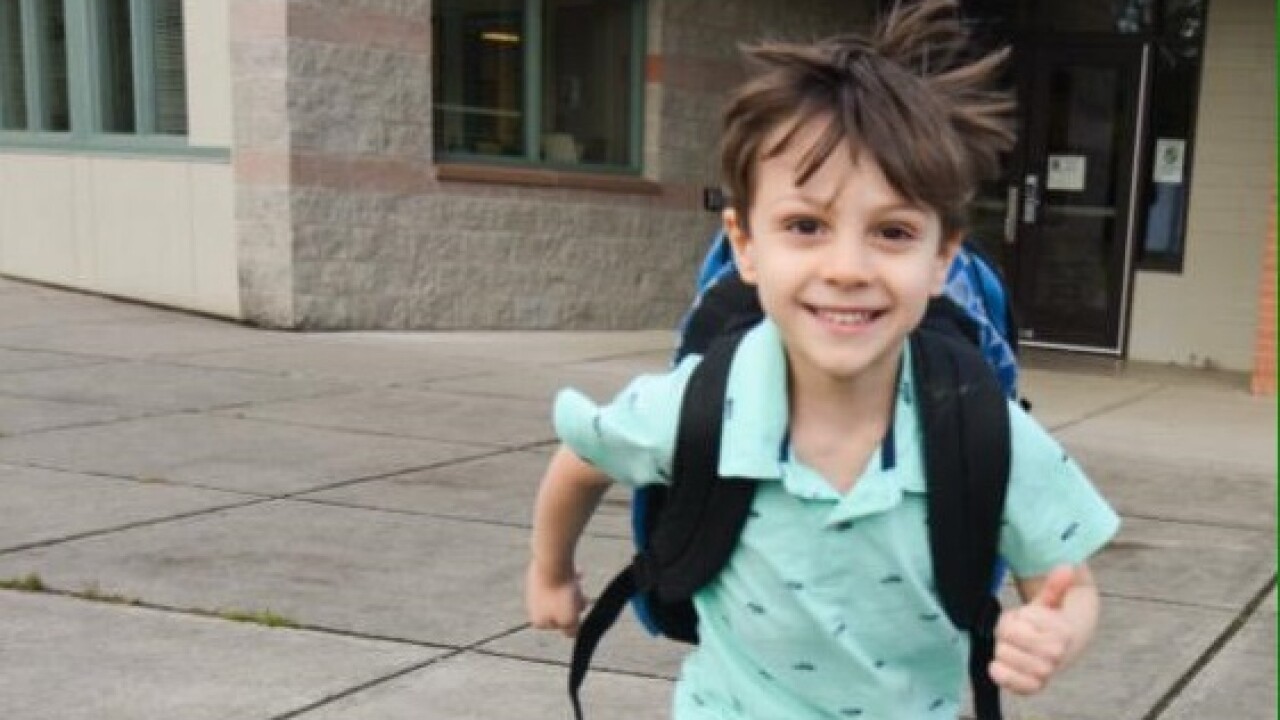 LACEY, Wash. – A kindergartner is home safe after a scare earlier this week in Washington State.

John Canales told KCPQ his 5-year old son managed to leave school grounds and walk at least a mile home all by himself.

Canales is outraged and shared surveillance pictures from the school, where they show his son, River,  leaving school grounds after passing older students and adults.

Though the 5-year-old boy somehow managed to walk at least a mile to his home safely, his father still has some questions, which prompted him to have River re-trace his steps.

“My mind started racing,” Canales said. “Did he talk to anybody on the way, did somebody drop him off, all the things you think about with the milk carton kids, all the serial killer movies are all the things that were kind of going through my mind.”

North Thurston School District admits this shouldn’t have happened. It led the district to look at security measures at all schools.

“Once we knew he was safe, we immediately started looking at how many adults do we have ... have we trained all those volunteers how not to leave campus,” said Courtney Schrieve with North Thurston School District.

The Canales family has pulled River out of Lacey Elementary. They say he will be home-schooled until the trust in the district is restored.

As for why River left school, he tells his parents he just wanted to give his mom, who was home sick, a hug and a kiss.