PROVO -- After deliberating for a little more than 11 hours, a jury found 18-year-old Meagan Grunwald guilty of aggravated murder, aggravated attempted murder and nine other charges in connection with the death of Utah County Sheriff's Sgt. Cory Wride and the shooting of Deputy Greg Sherwood.

FOX 13 News' Ben Winslow was in the courtroom in Provo as the verdict was read, click here for his tweets.

"She's innocent!" Tori Grunwald screamed at reporters as she left the Provo courthouse.

Grunwald was found guilty of 11 of the 12 charges she faced. The only charge the jury acquitted her on was attempted aggravated murder involving a Utah Highway Patrol trooper whom prosecutors said was shot at during a high-speed chase on I-15 on Jan. 30, 2014.

The full list of charges Grunwald faced is pictured below:

Here is the list of charges that #MeaganGrunwald faces. @fox13now #Utah pic.twitter.com/MiHCQ6Obe6

The family of Sgt. Cory Wride said they were satisfied with the verdict.

"We feel gratified about it, but we also realize that a young lady has really made some mistakes that she has to account for and that's difficult to see," said Sgt. Wride's father, Blake Wride. "Nobody comes out a winner on this one, but justice has to be satisfied and I think it has been."

Greg Sherwood told FOX 13 he was glad the ordeal was over. He was shot in the head and survived.

"It's not a good ending for anyone but we're glad to have it behind us so we can move forward," he said.

Grunwald was "very disappointed with the verdict," her lawyer, Dean Zabriskie, said outside of court. He said they planned an appeal.

Police and prosecutors said that on Jan. 30, 2014, Grunwald -- then 17 -- and her boyfriend, 27-year-old Jose Angel Garcia Jauregui, were stopped alongside a road in Eagle Mountain when they were approached by Sgt. Wride, who was trying to see if they were OK.

Defense lawyers said Grunwald had just learned that Garcia had a parole warrant out for his arrest, and that he killed Sgt. Wride and forced her to drive on a high-speed chase through two counties that resulted in the shooting of Deputy Sherwood, a carjacking near Nephi and a shootout with police that ended with Garcia being shot in the head (he later died).

But prosecutors insisted that Grunwald was a willing accomplice, and acted out of love and a desire to keep her relationship with Garcia going. They said she had told friends she was pregnant and was going to move to Mexico to be with him. Even though she did not pull the trigger, Grunwald faced aggravated murder because Utah law does not allow for aiding and abetting. 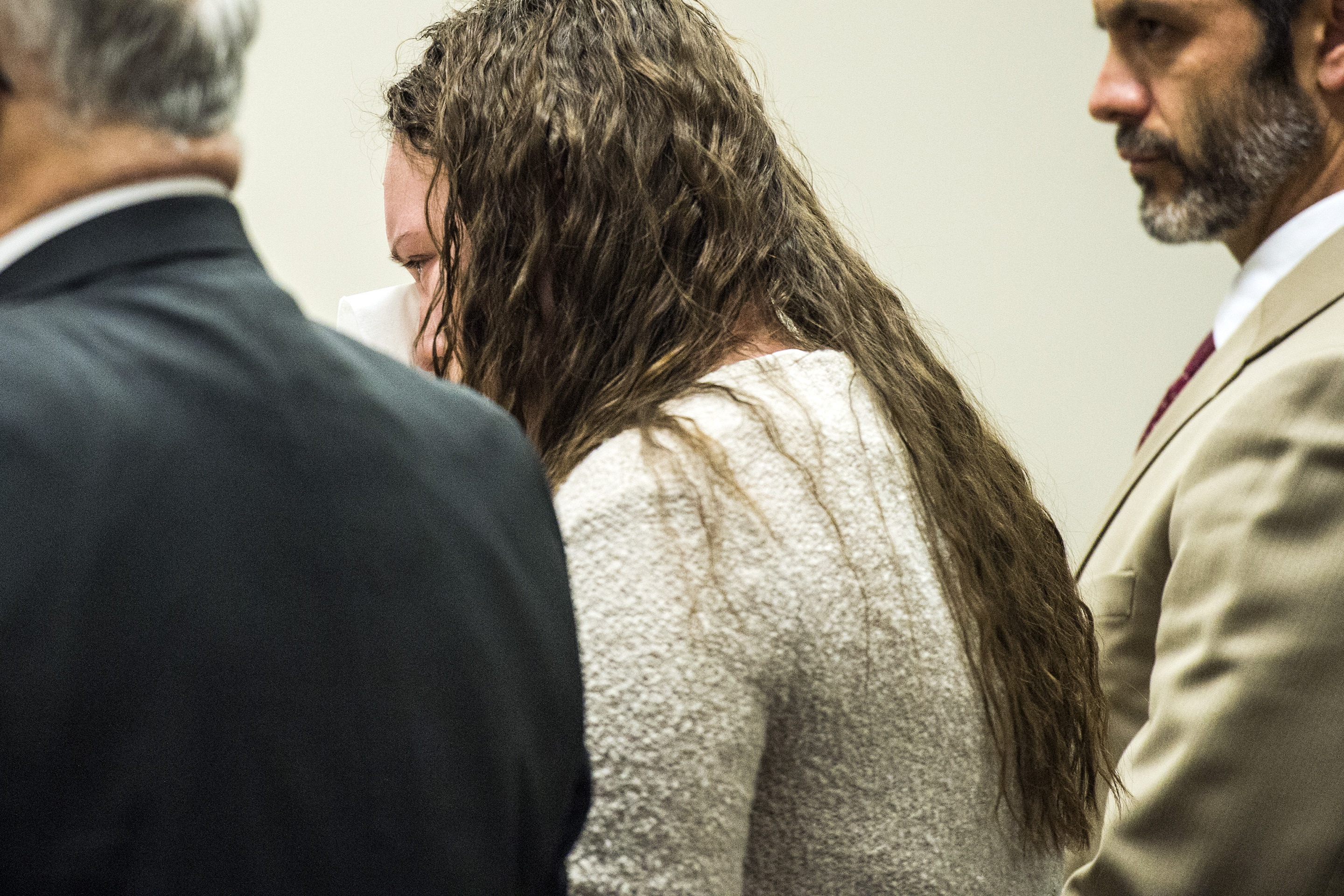