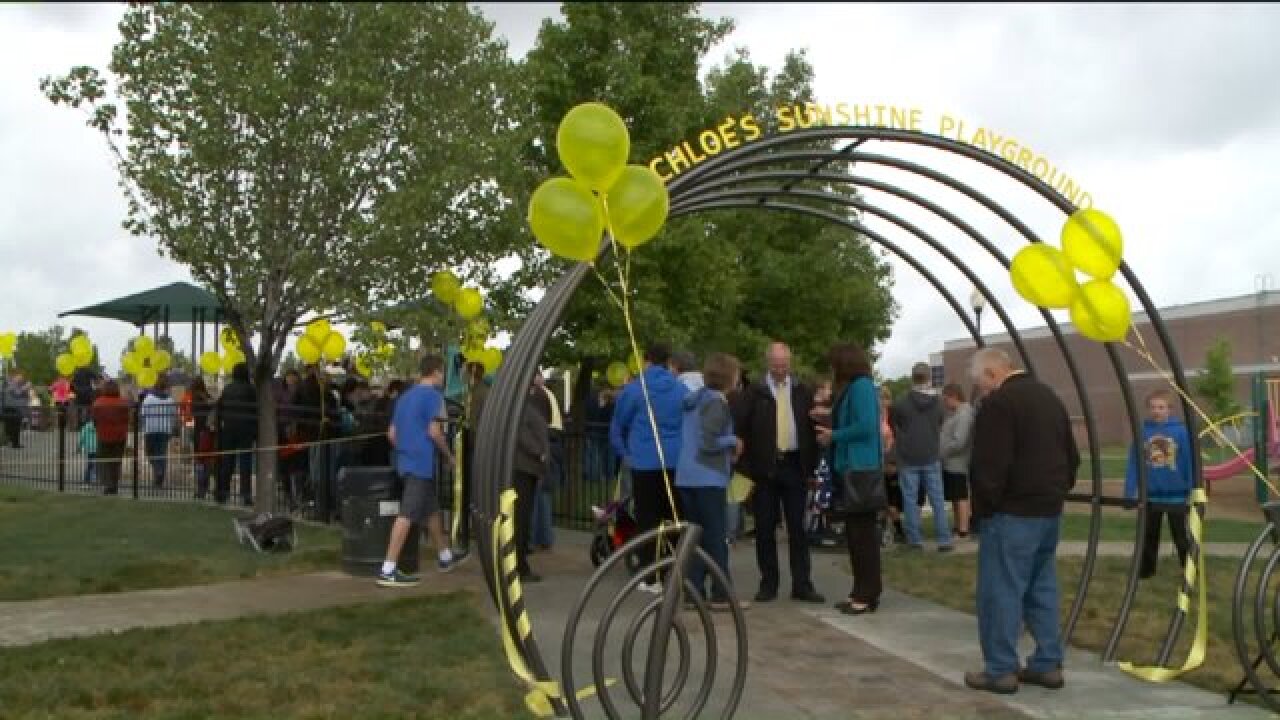 SYRACUSE, Utah – For the last six years, a local mother has been raising funds and working with the city of Syracuse to get an accessible park so children with disabilities, like her daughter, will have somewhere to play, and Saturday marked that playground’s grand opening.

Chloe Bennett was born with cerebral palsy, but she has always been an active girl who loves to play with friends. But her mom, Tara Bennett, said playgrounds have never been easy for Chloe’s wheelchair.

Saturday marked Chloe’s 8th birthday, and she celebrated as “Chloe’s Shunshine Playground” held its grand opening. The park is located at 1800 South 2000 West in Syracuse.

Chloe’s mom said she is thrilled that there is a park that’s more accessible to children with a variety of needs.

"For everyone there are multiple entrance points to get up high, whether you're in a wheelchair or fully-abled, and there's special swings, so there's extra support,” Bennett said. “There's a lot of sensory toys when you get on top."

The Bennett family previously lived in Syracuse but now live in South Ogden. The family’s fundraising efforts brought in about $400,000,  including some from grant funds, which was enough to construct the first phase.

According to a press release, that first phase includes a fully accessible playground with ramps, swings, slides, a music garden and shade structures. All components were specially designed so that children with and without disabilities can play together.

The proposed second phase would include a water splash pad that would be constructed when the funds are available. Donations for the second phase can be made by contacting Kresta Robinson, Syracuse Parks and Recreation Director, at 801-614-9654.