SALT LAKE CITY — Police and fire crews from Salt Lake City responded to the Jordan River Sunday after a passerby saw a vehicle submerged in the water, and though it initially appeared as if the vehicle was empty police now say they located a body inside that car.

Police initially reported the vehicle appeared to be empty, but sometime after 5 p.m. they stated the body of an adult female had been found inside the car, which was located just south of North Temple and about 1000 West in Salt Lake City.

"Right now it doesn't look like a seat belt was being worn just because the way she was lying across the seats," said Lt. Eddie Cameron of the Salt Lake City Police Department. "Again, it ended up upside down, I'm not sure of the cause of death right now, we are speculating that it's drowning."

Authorities believe they know who the woman is, but they have not released her name as they are still working to notify her next of kin. They said the woman had not been reported missing.

Police are treating it as a suspicious death, but they do not suspect foul play and believe the woman was alone at the time of the crash.

"We basically have a good idea who it is but we haven't been able to positively ID her yet, and talking to family there are some issues in her history that have led them to not be too surprised that this has happened," Cameron said.

Salt Lake City Police Department personnel at the scene tell FOX 13 News the vehicle had most likely been in the river for more than 24 hours and they estimate it went into the water sometime when the water level was higher.

"When we were called here by the fire department it looked like the bottom of the car was dry so it looked like it had been in there for some time, a log was actually washed up on it," Cameron said.

Personnel at the scene said the vehicle’s air bags had been deployed at some point. FOX 13 News will have more information as it becomes available. 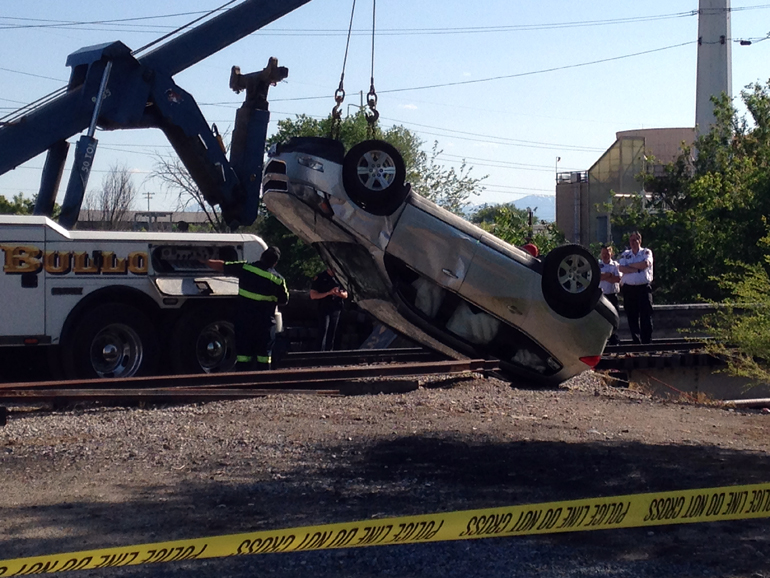