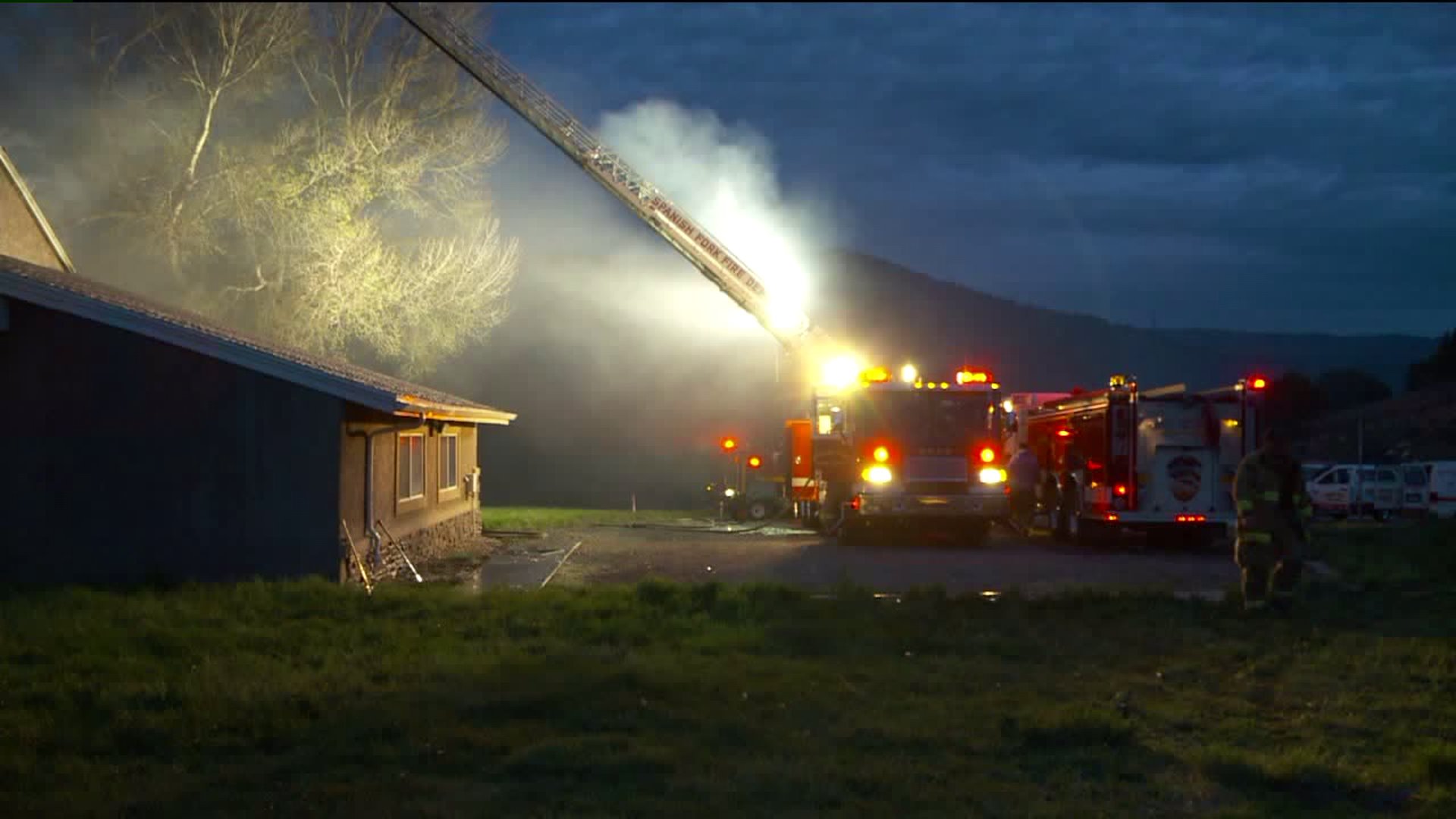 BIRDSEYE, Utah – Fire crews have contained the flames at the former Boys Ranch near State Rd. 89 and mile marker 302.

Firefighters were called to the blaze at about midnight after a driver saw the fire.

Officials said the driver had to go several miles to get cell phone service to call 911.

The building was engulfed in flames by the time crews arrived.

They had to bring in water trucks because there are no hydrants in the area.

Authorities said the building was undergoing a remodel and was unoccupied.

Fire officials are investigating to find out what sparked the blaze.