Labeled a ‘hate group,’ the World Congress of Families coming to SLC 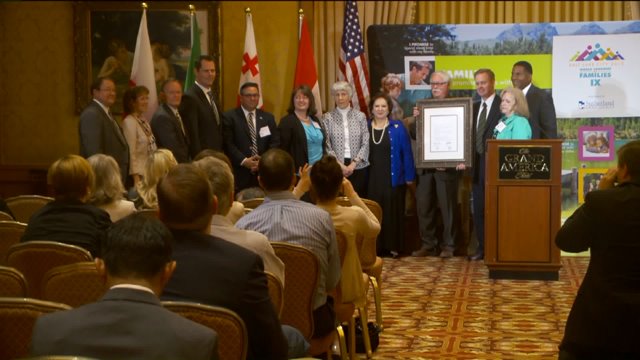 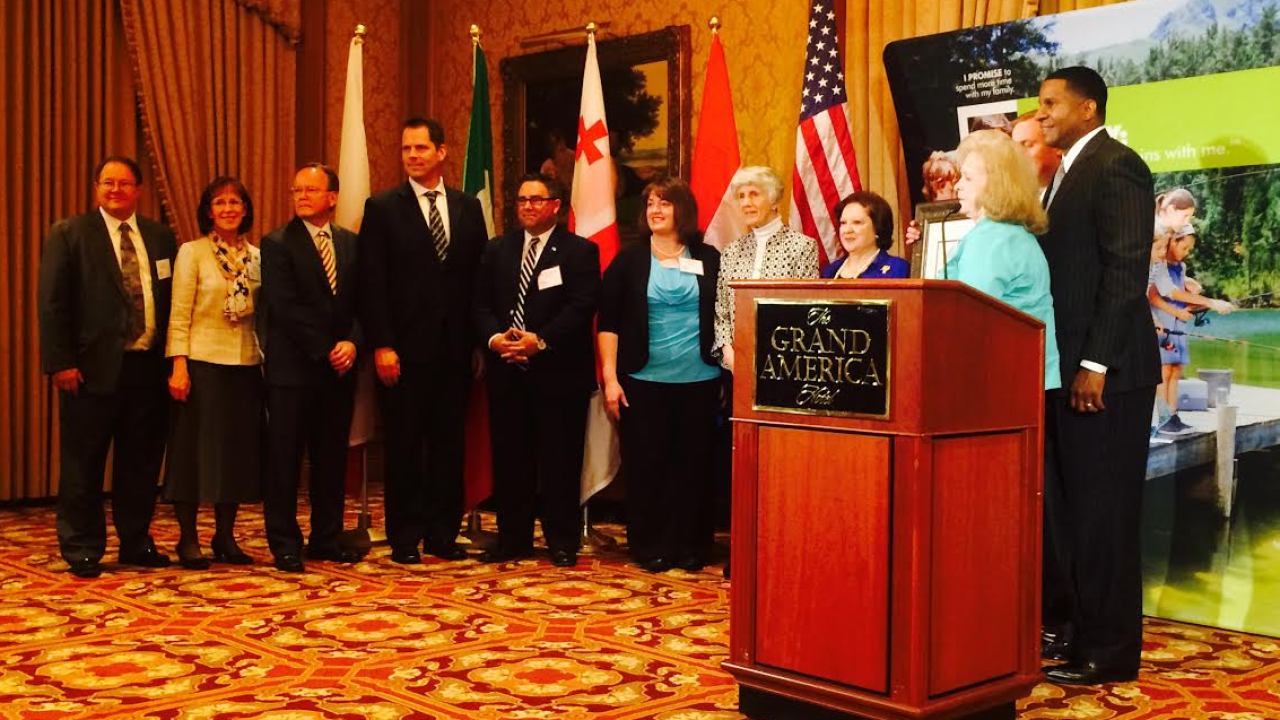 SALT LAKE CITY -- A group branded an anti-gay "hate group" is moving ahead with plans to host a conference here in October.

At an event Tuesday morning, a group of conservative politicians and activists welcomed the World Congress of Families IX to Utah. The group is planning an October conference, where it will spread its pro-family message to several thousand attendees.

"Families are very important to Governor Herbert," said Pamela Atkinson, who appeared on his behalf at the event welcoming the group.

The Church of Jesus Christ of Latter-day Saints is expected to have a general authority speak at the World Congress of Families IX in October. The Mormon Tabernacle Choir will perform for them, the group said.

The World Congress of Families said it advocates for the "natural family," being a mother and a father in marriage with children.

"That's the definition of God. We are not free to make a definition of marriage," said Dr. Janice Shaw Crouse, the executive director. "That's the established definition as we have said over and over again, that has prevailed throughout history and across cultures. We are unapologetic in our support of the natural family. But that does not mean disrespect for anyone else."

The World Congress of Families has faced accusations that it is anti-gay. The Southern Poverty Law Center has put it on a list of "hate groups" because of its anti-LGBT views. The Human Rights Campaign, an LGBT rights group, has accused its director promoting extremist anti-gay policies in other countries including Uganda and Russia.

"Hiring a person who compares the fight for marriage equality to terrorism, and HRC to Hitler demonstrates WCF’s true nature. Hate is not an American value, it has no place in Salt Lake City, and we urge the people of Salt Lake City to fundamentally reject WCF and what it stands for," the Human Rights Campaign said in a statement.

Crouse pushed back, insisting that the group "promotes civil discourse."

"We are a pro-family organization," she told FOX 13. "Unapologetically. We are people who believe that marriage was established by God, but we are not disrespectful to anyone. We believe in free and open discussion. We believe very strongly in civil discourse."

While national LGBT rights organizations have blasted the World Congress of Families, Utah-based gay rights groups said they were planning to ignore the October event.

"There is nothing to be gained by protests and angry marches," said Mark Lawrence, the director of the group Restore Our Humanity. "That gets us nowhere. We're far more focused on just getting our message out."

Restore Our Humanity (which backed the lawsuit that led to same-sex marriage in Utah) joined Equality Utah and other groups to announce the "All Families Coalition," which hold a counter-event to  spotlight those who don't fall under a "traditional" definition of family -- including single parents and same-sex families.

"As it becomes more likely that marriage equality will soon be the law of the land, voices opposing those families have been getting louder and louder," the coalition's Tim Van Zeben told reporters at a news conference Tuesday.

Speaking to reporters on Tuesday, World Congress of Families IX organizers downplayed their opposition to same-sex marriage, saying its conference in the United States will focus on other issues including abortion and adoption, sex trafficking, pornography, divorce, ethics and morality and "Hollywood values."

Crause claimed the group's opposition to same-sex marriage has been overstated.

"It's interesting to me the portrayal that some people have because that has never been an emphasis of the World Congress of Families," she said.

Organizers said same-sex families were welcome to attend the event.

"Registration is open in every sense of the word," said Stanford Swim, the interim president of the Sutherland Institute, a conservative think tank in Utah that is helping with the event.

Lawrence said rather than protest, the All Families Coalition may plan an event to spotlight non-traditional families and extend an invitation to attendees of the World Congress of Families IX.

SLC Mayor weighs in on World Congress of Families IX

In a statement, Salt Lake City Mayor Ralph Becker weighed in on the World Congress of Families IX:

“As a sworn constitutional officer, my duties as mayor include protecting every individual’s right to assembly and free speech. That said, the stated goals of the World Congress of Families (labeled a hate group by the Southern Poverty Law Center) do not reflect the values of Salt Lake City. We were the first City in Utah to adopt a nondiscrimination ordinance regarding sexual orientation and gender identity, and it is my hope that during this group’s time in Salt Lake City they can learn from our community’s commitment to inclusion, acceptance and equality for all.”

One of his campaign opponents, Jackie Biskupski (who is openly gay), said in a statement she met with leaders of the World Congress of Families to ask "tough questions about their message and their agenda." She wrote:

"I’ve been told this gathering will not include a message of hate against families that deviate from the mother-father-child model. I have faith the people I met with will hold true to their word. I believe that if we can approach one another with respect and courtesy then even though we may have opposing opinions we can find common ground, we can get along, and we can find mutually beneficial solutions."

"However, if the message of the 9th Annual World Congress of Families veers towards fear-mongering and anti-gay hatred I will be the first to speak out in opposition to the conference. No anti-gay message about families like mine can be ignored, as we could end up being a target of violence that so often follows statements of rage and ignorance about LGBT people."