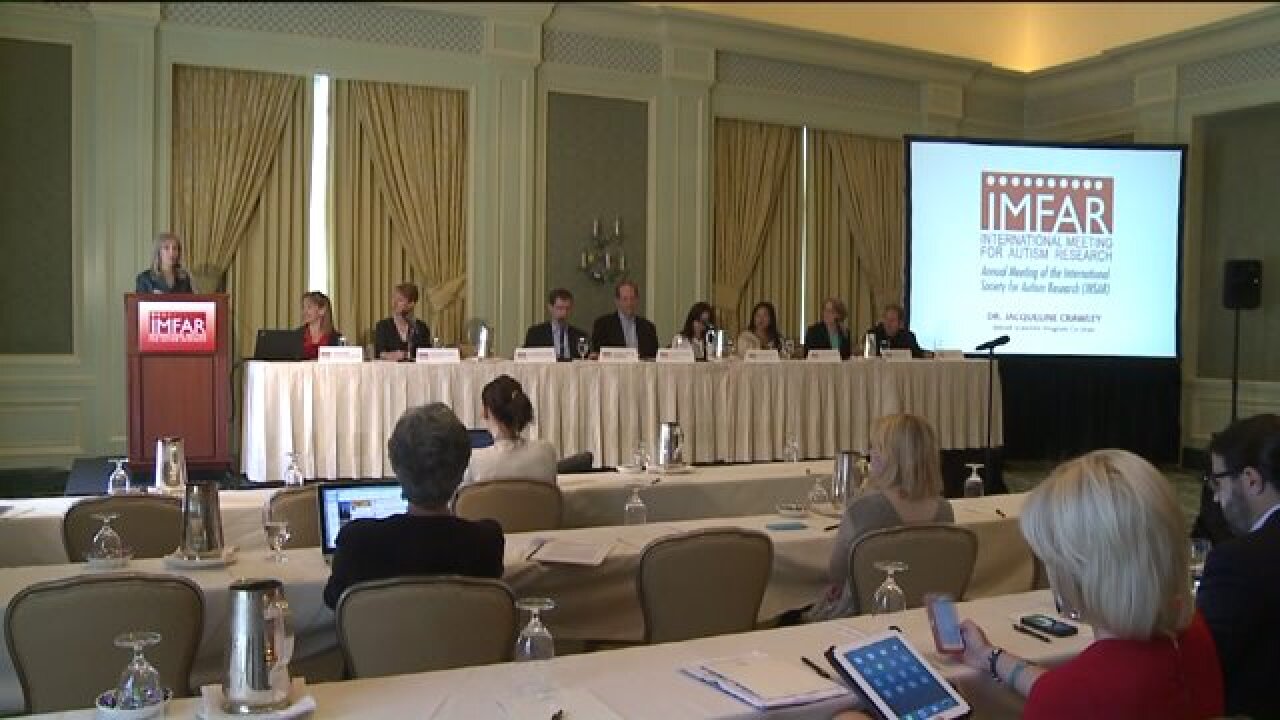 SALT LAKE CITY, Utah – The world's largest gathering of autism researchers is meeting in Salt Lake City this week to discuss and share their latest findings in autism research.

The International Meeting for Autism Research is hosted at a new location in the world each year, and this is the 14th year the conference is taking place. More than 1,700 researchers and specialists are gathering at the Grand America Hotel the next few days to discuss their discoveries.

The Centers for Disease Control recently reported that Utah has the highest rate of autism in the country--with one out of 47 children being diagnosed. Dr. Francesca Happe, a professor of neuroscience, said that statistic could be due to many factors.

“Most of the rise in numbers of those diagnosed, probably reflects a widening of our diagnostic criteria, a better awareness of autism in the general public and among clinicians,” Happe said.

Joseph Buxbaum, a professor of autism studies, said they’ve discovered dozens of new genes that could lead to better treatment for the disorder.

"I think we’ve really in the past 12 months discovered many, many more genes in autism than ever before,” Buxbaum said. “And each of those genes is an opportunity to think about new drugs that may help individuals with autism.”

Laura Klinger with Teach Autism said her team predicts a 230 percent increase in adults with autism in the next eight years.

“If we know what happens from childhood to adulthood, we can say what types of interventions are needed to support more success in adulthood,” she said.

Christine Nordahl, a professor of psychiatry at UC Davis, said she is looking into why boys are more frequently diagnosed than girls.

“Because the prevalence rates are so different in boys and girls, there's a lot of interest in trying to see both biologically and behaviorally, are there any differences between boys and girls?” she said.

The conference begins with an opening reception Wednesday, and educational sessions are set for Thursday through Saturday. Researchers say it’s a good opportunity, not only for them to share their insights with each other, but to give the public a better understanding of the disorder as well.