CENTERVILLE, Utah -- Several children and a bus driver suffered minor injuries after two buses collided in Centerville Thursday, and now both bus drivers are on suspension.

The crash occurred near the area of 1450 North Main Street, and FOX 13 News first heard reports of the incident around 3:15 p.m.

Chief Jeff Bassett, South Davis Metro Fire, said one school bus rear-ended another bus when the lead bus stopped and the other bus following it did not.

There were about 61 children from Centerville Junior High School on the two buses, and four children and one bus driver suffered minor injuries.

After the injured were examined by paramedics, the children's parents signed release forms and neither the bus driver nor the children were transported to a hospital.

Officials with the Davis County School District said both drivers have submitted blood and urine samples to determine if they had any drugs or alcohol in their systems, but investigators said they don't believe intoxication was a factor.

FOX 13 News' Todd Tanner was at the scene of the incident, see the video above for his live report. 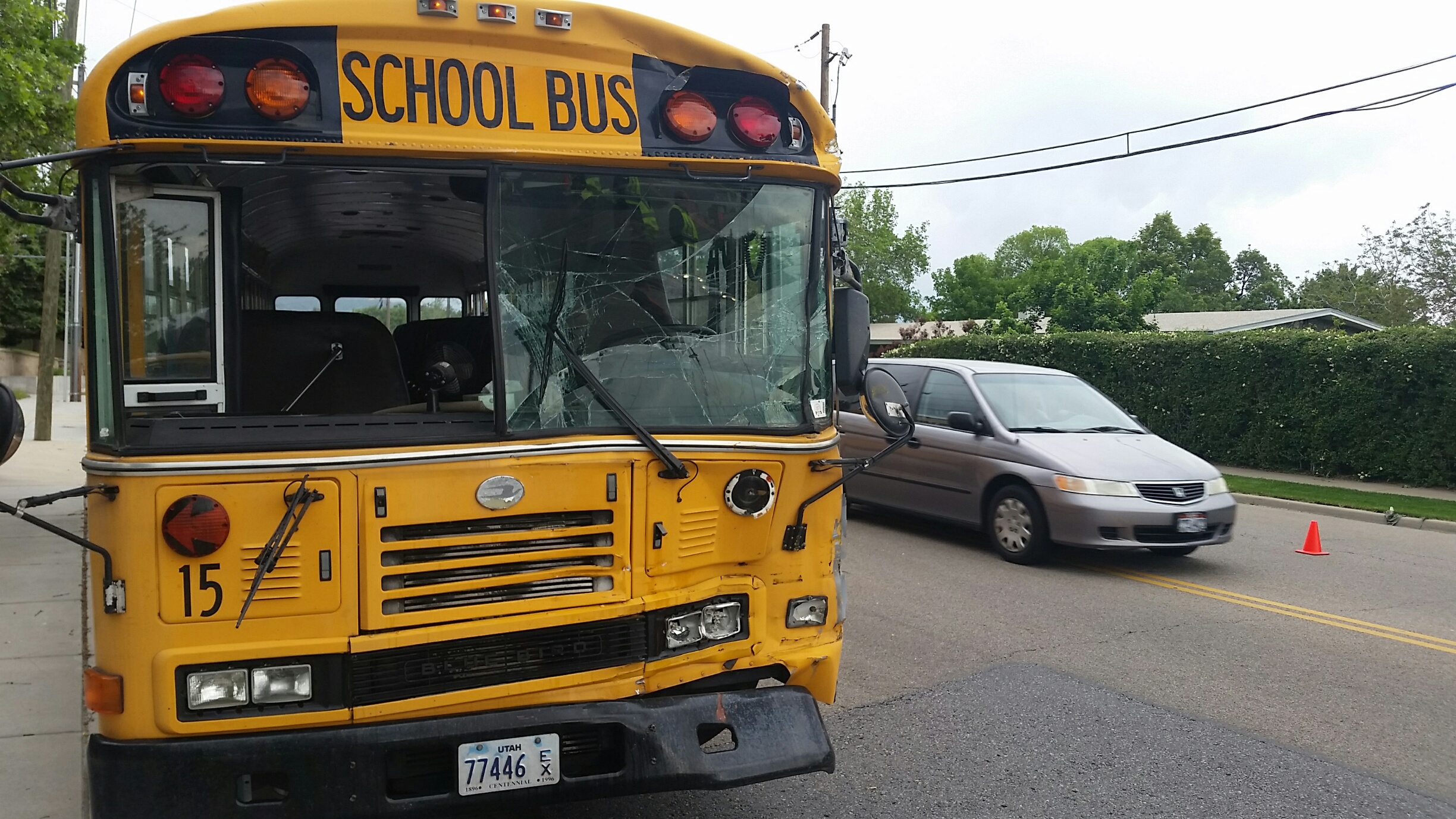