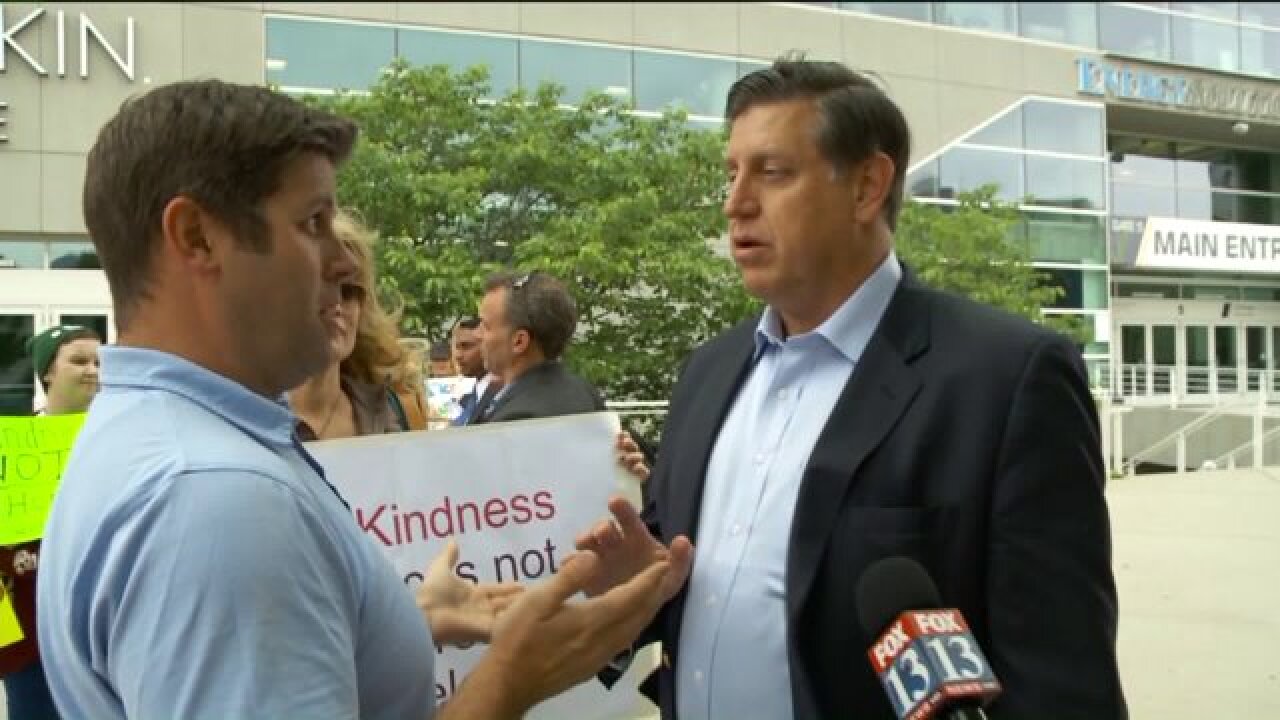 SALT LAKE CITY -- A protest was held outside Energy Solutions Arena Thursday as advocates for the homeless squared-off with a man whose view on helping the homeless isn't well received by some.

Dr. Robert Marbut was invited to Salt Lake City by the Pioneer Park Coalition. During his career he's coached dozens of cities on how to better help the homeless, but some organizations in Utah say his approach is dehumanizing.

Protestors chastised Dr. Robert Marbut's tough love approach to helping the homeless for being too tough.

“We want our voices heard, and we want to be able voice our opinions and to ensure that somebody is advocating for those on the street,” said Travis Hysell, who is the President of Legacy Initiative.

The Crossroads Urban Center and The Legacy Initiative say Marbut is a wolf in sheep's clothing.

“He wants all of us to go away because he thinks we're coddling them, and I don't agree with that all,” said Camille Chatterton with Legacy Initiative.

Marbut's system involves a campus model, or one-stop-shop, for the homeless where service providers for mental and physical health as well as job aides are in a shelter with a buffered perimeter.

He also discourages giving money to panhandlers and events that feed the homeless without providing other services.

Instead of using handouts, Marbut says more cost-effective strides can be made to get and keep the homeless off the streets.

“We’ve been able to help improve graduation, where people permanently graduate off the street and never come back," he said. "It reduces emergency room visits. It reduces police and criminal justice interaction, and it improves the local community."

He believes, in the end, his approach is more humane.

“They don't have to separate your brain and your heart," he said. "And, sadly, the far right sort of tries to only do the brain approach, and the far left seems to only do the heart approach, and what happens is there's a lot of compassion that's not very well-organized, and doesn't have good outcomes,” Marbut said.

“We know that change is hard," Howell said. "We know that transformation is very difficult, but we also know without it we're going to complete the definition of insanity."

Marbut is one of several speakers the Pioneer Park Coalition will hear from in the coming months.