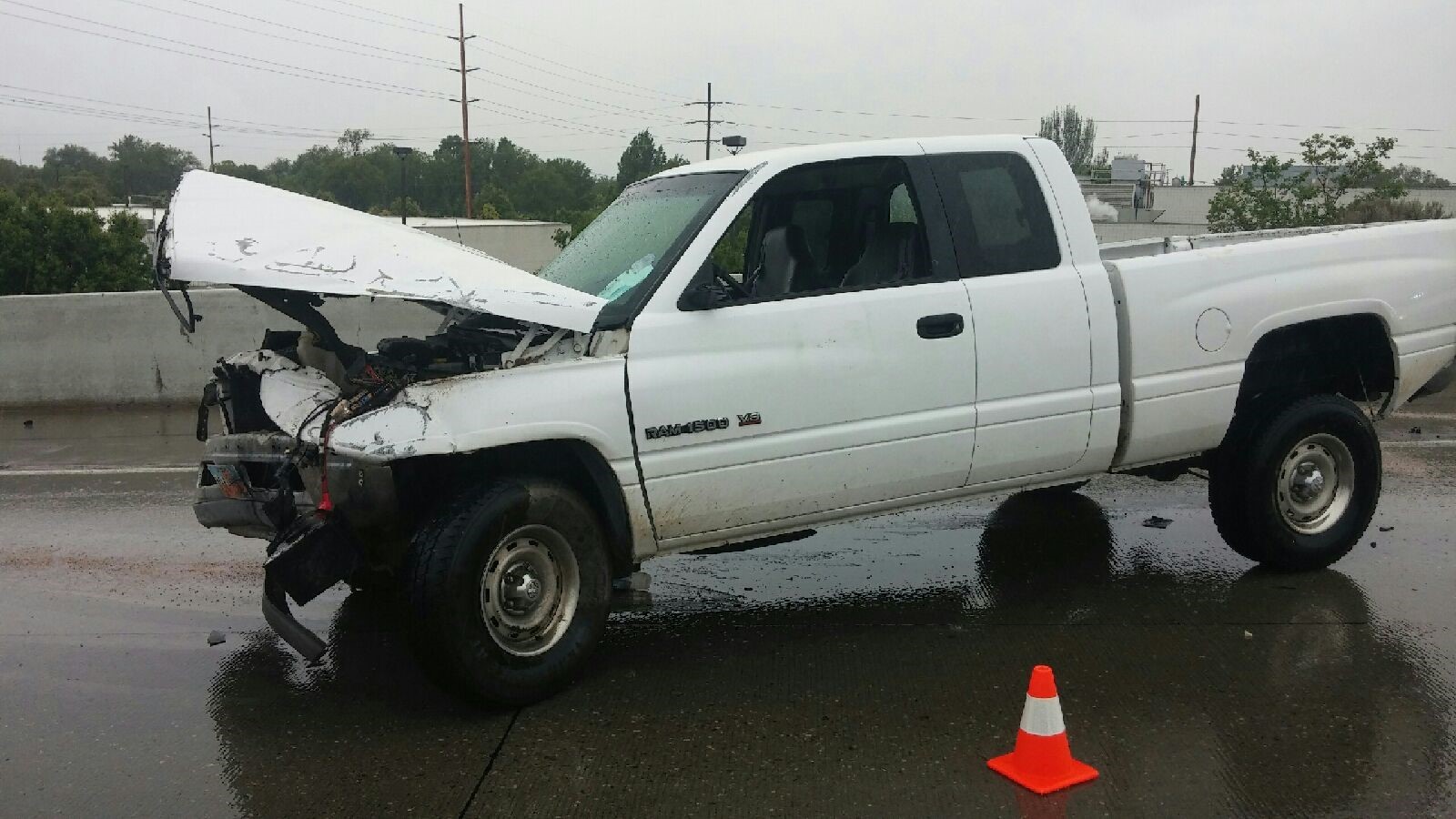 SALT LAKE CITY — A man who was ejected from his vehicle during a rollover crash on an  I-15 on-ramp Saturday suffered serious injuries that included wounds to the head.

Sgt. Moreno of the Utah Highway Patrol said a male driving a Dodge truck was preparing to enter I-15 from 500 South but was going too fast for the wet conditions and lost control.

The truck hit a retaining wall and the vehicle rolled once, ejecting the driver–who was not wearing a seat belt. The man was taken to a hospital in serious condition, and he suffered injuries to his head.

There were no other vehicles involved and no other reports of injuries.