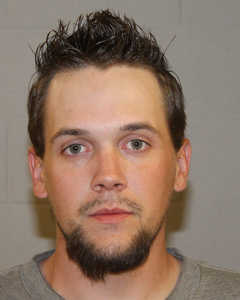 HURRICANE, Utah -- A man is dead after being thrown from the hood of a car early Tuesday morning.

Police say 25-year-old Randahl Hill was behind the wheel and 52-year-old Bruce A. Smale of Arkansas was on the hood. The call came in around 5:10 a.m. Hurricane police Sgt. Brandon said when officers arrived they found Smale lying in the road.

“We’re still trying to determine the facts surrounding how this person ended up on the hood of the car,” Buell said.

Neighbors reported hearing Hill rev the car early in the morning. Police say Hill told them the pair had been drinking heavily the night before. At one point Smale got on the hood of Hill’s 1994 Ford Mustang, and Hill accelerated.

“The male driving the car sped off very quickly,” Buell said. “In doing so the victim on the car fell off, landing on the asphalt.”

Police say the two men knew each other, but wouldn’t elaborate on how the two were acquainted.

Hill posted on Facebook just after the incident took place, saying “Well im going for along (sic) time I love you all good bye.”

Police arrested Hill Tuesday afternoon. He was booked into the Washington County Jail on suspicion of Automobile Homicide, Reckless Driving, DUI, and leaving the scene of an accident involving a death.

Investigators still on scene of fatal accident at 300 N and Main. pic.twitter.com/k8egjn4v6D

There has been a fatal accident at 300 N Main. Road will be closed from Main to 100 W on 300 N until the accident scene can be cleaned up.