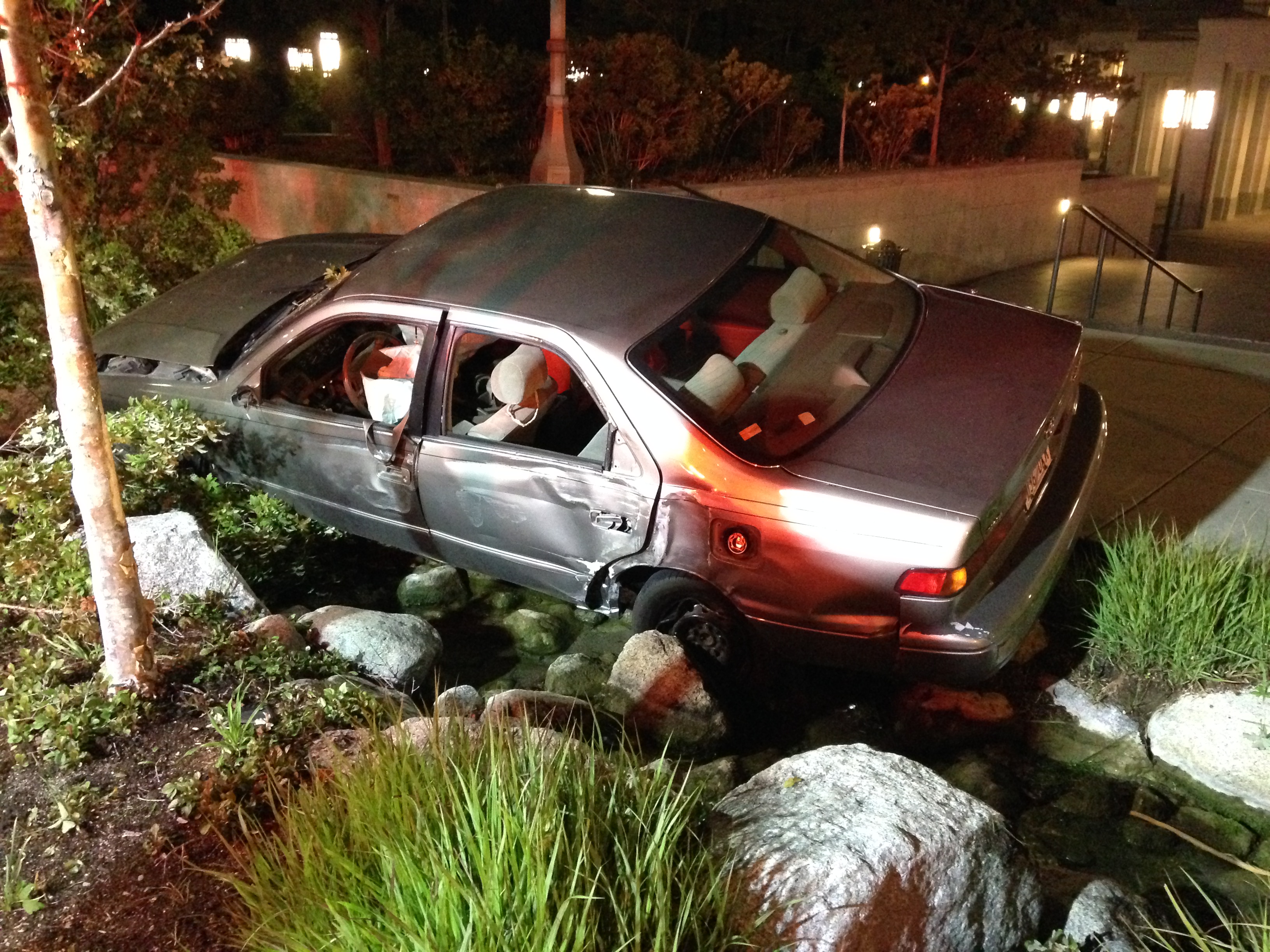 SALT LAKE CITY – A man has been arrested after allegedly driving drunk, crashing  and causing a HazMat situation downtown.

Police said the suspect was driving west on North Temple near Main St. at about 11 p.m. and he claims he dropped his phone and crashed his car while reaching for it.

Officers said he hit a stone median first and then another center divider before swerving into City Creek.

No one was seriously injured but the car is totaled.

As crews were cleaning up, they noticed fluids dripping into the water and called in hazardous materials crews.

The man was arrested for driving under the influence.