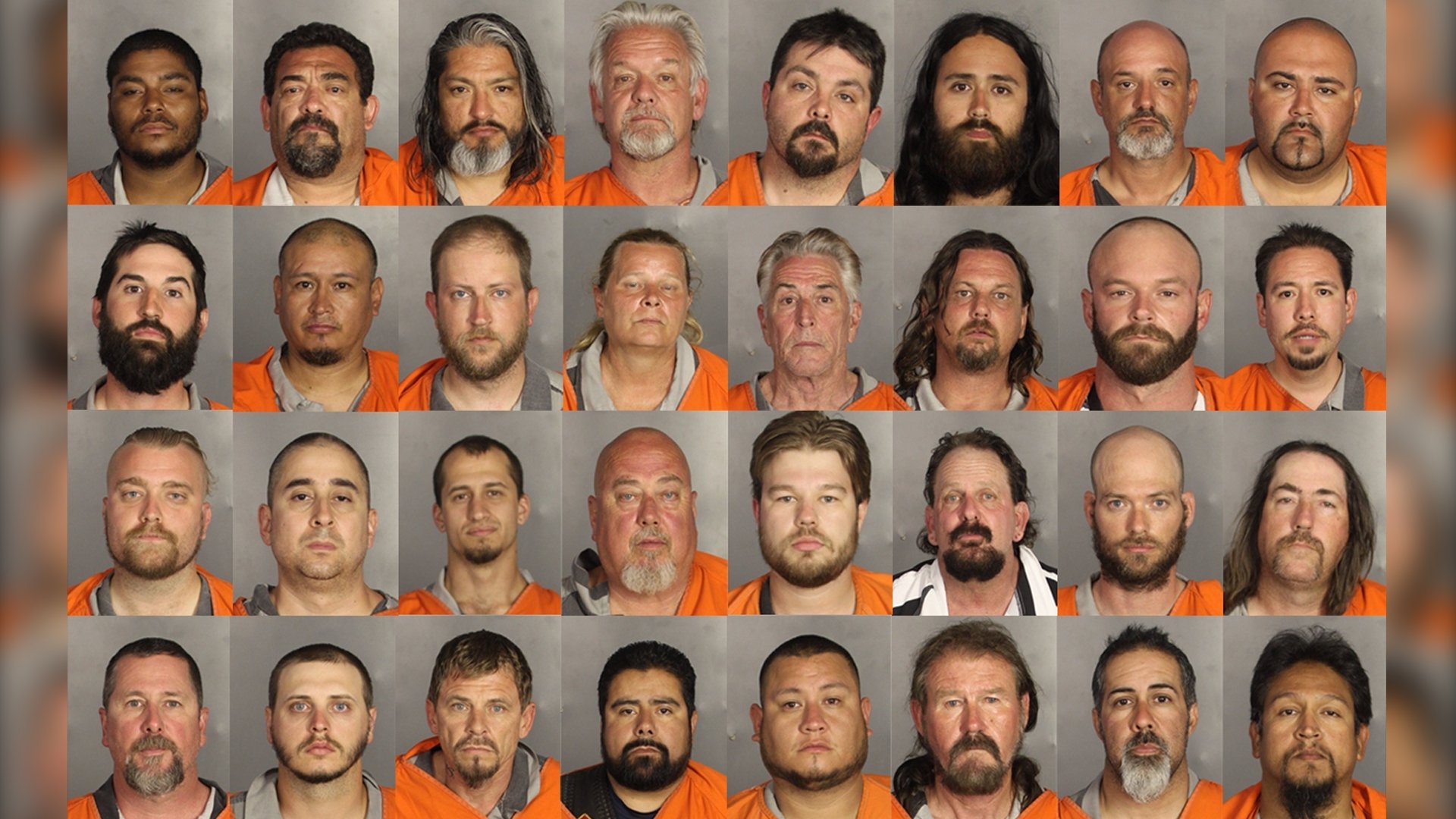 WACO, Texas (CNN) — Three days after bikers turned a Texas parking lot into a battlefield, workers washed blood off the pavement Wednesday as police prepared to leave the scene of carnage.

What happens next is anyone’s guess.

Will rival motorcycle clubs peacefully mourn the nine bikers killed in Sunday’s shootout at a Twin Peaks restaurant? Or will there be more violence, either against police or against other bikers in retaliation?

“Is this over? Most likely not,” he said Tuesday.

So far, investigators combing the crime scene have found hundreds of weapons, and they expect the numbers will go up.

It’s clear, Swanton said, that bikers scrambled to stash their weapons as law enforcement closed in.

Police have spotted weapons inside sacks of tortilla chips, stuffed between bags of flour, hidden on shelves, tucked away inside kitchen stoves and tossed on the floor inside the restaurant.

One person, he said, apparently tried to flush a handgun down the toilet. Inside a vehicle in the parking lot, investigators found an AK-47 and body armor.

“These were vicious criminals that knew that they were in trouble,” he said, “and they were trying to dispose of evidence.”

But now there are signs that many of the bikers want peace. The Cossacks Motorcycle Club, one of the groups at Sunday’s melee, has agreed to cancel its 14th annual Mingus Blowout party, the Fort Worth Star-Telegram reported.

The event was scheduled for this weekend in Palo Pinto County, about 100 miles (161 kilometers) northwest of Waco.

“We never had a problem before,” Palo Pinto County Sheriff Ira Mercer told the Star-Telegram. “But in light of Waco, I don’t think it’s safe right now.”

How it all started

With seven bikers still hospitalized and 170 suspects in custody, authorities have a complex investigation on their hands.

The key question they’re facing: Who was responsible for killing nine people in the deadly brawl?

Investigators, McLennan County Sheriff Parnell McNamara said, are “doing everything we can to get to the bottom of this and find out exactly who these shooters were.”

“We are up to the task. … We have the facility, we have the manpower, we have the willpower. We will hold these (suspects) and we will do our best to keep peace in our community here,” he said.

More details are starting to emerge as to what exactly happened Sunday.

Swanton said a coalition of motorcycle groups had reserved the outdoor bar area at Twin Peaks when “an additional biker gang” showed up, uninvited.

A quarrel in the parking lot soon followed, Swanton said, and it may have involved a tiff over a parking spot or someone having his foot run over.

The arrest warrants for some suspects offered even more details: Members of the Cossacks were in the Twin Peaks parking lot when members of the rival Bandidos biker gang arrived.

But the ruckus didn’t stop there. Swanton said there were “crime scenes inside and outside” the restaurant, including in the bathroom, dining area and around the bar.

The assailants used all sorts of weapons — brass knuckles, guns, knives and chains. And when police responded, Swanton said, some bikers turned their weapons on them.

The nine men killed in the shootout ranged in age from 27 to 65, the Southwestern Institute of Forensic Sciences said. Some of them were fathers. All of them died of gunshot wounds.

Families went through harrowing hours where they tried to find their loved ones and weren’t sure whether they’d survived, said Rocki Hughes, whose ex-husband, Jacob Lee Rhyne, was among those killed.

“We didn’t find out and it wasn’t confirmed until my kids had already seen pictures of their dad dead on the tailgate of a truck,” she said. They recognized him, she said, because of his large beard and the tattoos of his children’s names on his forearms.

Rhyne, 39, had been a member of the Cossacks for about six months. He went to the restaurant to make peace with the Bandidos, Hughes said.

Portraying all of the bikers as violent, she said, simply isn’t fair.

“He didn’t believe in guns,” she said. “He got in many fights throughout his years, but he never needed a gun to protect himself.”

So why did he join the Cossacks?

“To be a part of something, I guess,” Hughes told CNN. “That’s a question I’m still asking. … Our kids are broken up. He was an awesome father, and just as good as a friend, and I don’t understand it either.”

As for the 170 people locked up in the McLennan County Jail, each has $1 million bail on charges of engaging in organized crime. Police said some might later have capital murder charges filed against them.

There’s a retired cop among them; former San Antonio Police Detective Marty Lewis. There’s also a pharmacy tech, 65-year-old Lawrence Yager. His license has expired, perhaps due to retirement. He has no criminal history.

But don’t be fooled, Swanton said; the bikers at Twin Peaks over the weekend knew they were up to no good.

“What was in that restaurant Sunday afternoon,” he said, “is not a motorcycle club of doctors, lawyers, laymen, honest, law-abiding citizens.”

Sandra Lynch, aka “Drama,” was among those arrested. A member of the Los Pirados motorcycle club, she’s married to Michael Lynch, who also was arrested.

They’re grandparents who shared a love for biking — and Twin Peaks.

Their son told CNN they’re not criminals or gang members. They were at the restaurant for a monthly meeting, nothing more.

“Everyone there is not a thug. My parents are not thugs,” he said. “I think this is injustice to have so many people in jail.” He would not give his name, saying he feared police retribution.

None of the defendants have had their day in court yet. Some of their families, reached by CNN, say the high bail is ridiculous and unfair.