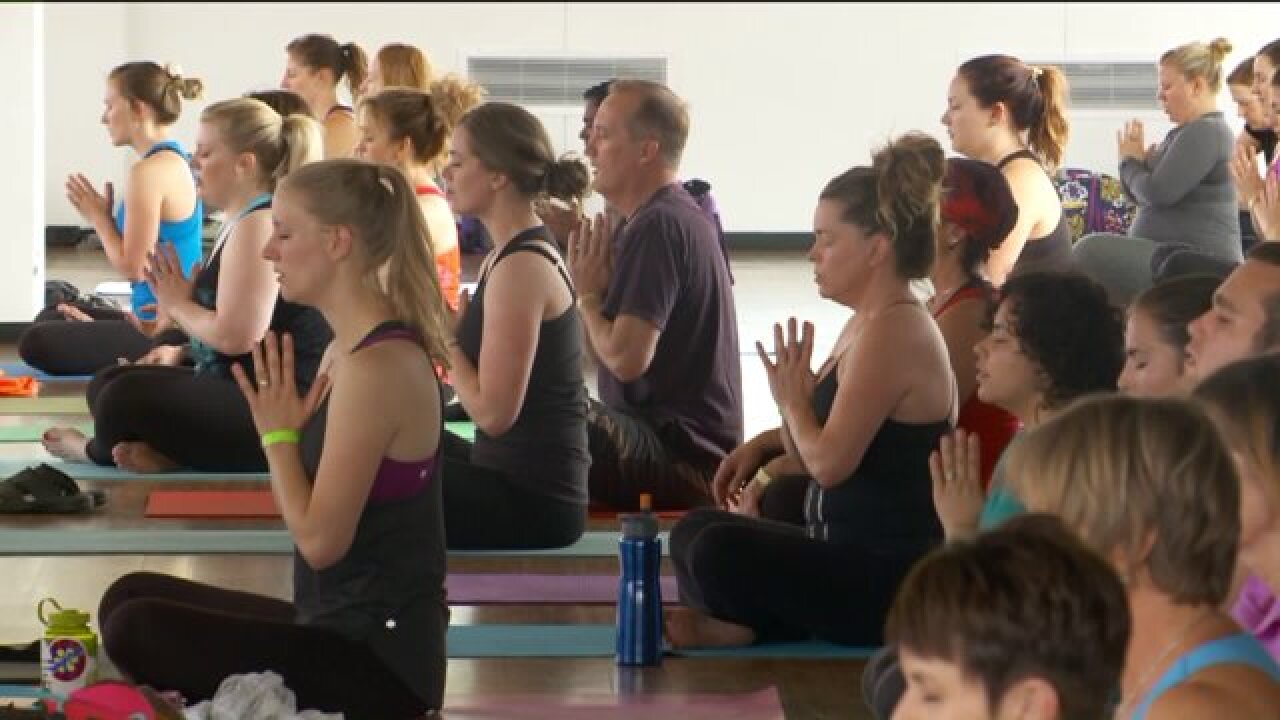 SALT LAKE CITY -- The inaugural Downtown Yoga Festival is in Salt Lake City this weekend, and more than 400 people showed up at the Leonardo Saturday to learn there’s a lot more to yoga than just yoga.

Of course, there were plenty of downward facing dogs and warrior poses at the inaugural Downtown Yoga Festival, but there was much more than that as well.

“We have mindful music, we have a healthy living, how to eat healthy food, yoga classes, then a lot of seminars and workshops as well,” said Santosh Maknikar, who is the founder of Yoga for the People.

Yoga instructor Tami Toone said they have a lot to offer at the festival.

Toone, who will teach a raw foods cooking class Sunday, got into yoga about three years ago after being diagnosed with breast cancer.

“I had to go through a couple different surgeries for that and chemotherapy as well, and so I used yoga to rehab all of my nerves and to help through the chemo as well," Toone said. "I even felt benefits of energy and helping with the nausea.”

Researchers that have studied yoga at Harvard and local hospitals also attended to share their findings about the proven benefits of the practice.

“People who don’t know the benefits of yoga, there are still people who have misconceptions about yoga--so we want to spread the yoga because there a lot of physical and psychological benefits that have been proven,” Maknikar said.

Maknikar organized the event and is the founder of the non-profit group Yoga for the People, which brings yoga to those without access.

The two-day festival was geared toward educating and inspiring yogis in the community or those yet to indulge.

Attendee Meisha Wilberger described the appeal: “Just that release you know? It makes me happy. It makes me very happy.”

Classes and seminars will be held all day Sunday, and unlimited access is $70. For more information about Yoga for the People, visit their website.