Stories from the flood: A ‘harrowing’ rescue, a teen’s life cut short 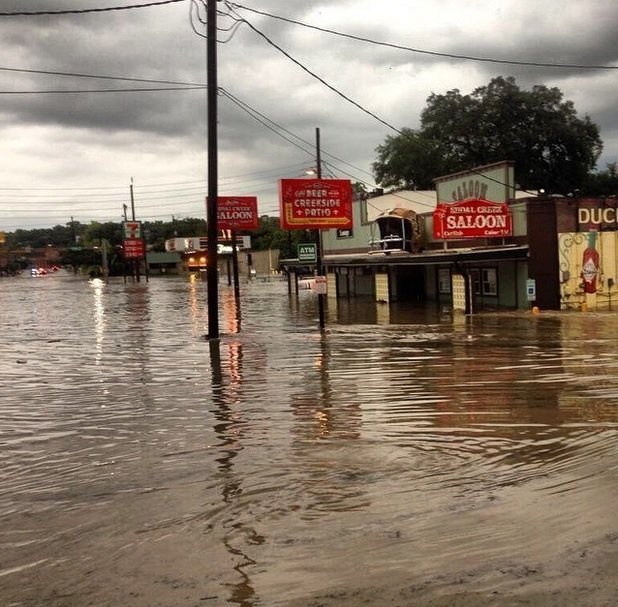 By Greg Botelho and Holly Yan

(CNN) — It was 4 a.m., still dark, when San Marcos Fire Department Capt. Jay Horton saw something move in the distance.

It was a hand waving frantically.

“Did you see that?” he asked two rescuers who were with him. They had hoped to find someone — anyone — who might be trapped in the Blanco River, which in a short and terrifying time had washed away homes and taken lives in the small town of Wimberley, Texas.

Look over there! Horton said. Look in the water, the weeds and the trees

The men pointed their flashlights and heard a woman screaming in Spanish. They didn’t understand her, but they knew she was trapped in the flood.

First they tried to reach her by boat, he told CNN. That didn’t work, so they approached her along the riverbank. After rigging a rescue device with some bags tied to a flotation device, and with the help of the other rescuers, Horton went into the water.

“It was pretty harrowing,” he said, recalling how it felt to have speeding crush of water against his legs. “It’s unbelievable, the force.”

It’s one of the happier stories to come from the catastrophic storms and flooding over Memorial Day weekend in Texas, Oklahoma and Mexico. Others are heartbreaking.

One of those stories is the loss of Alyssa Renee Ramirez.

She had friends everywhere in her hometown of Devine, Texas, southwest of San Antonio. At Devine High School, Ramirez was student council president and co-editor of the yearbook. She starred on the tennis and volleyball teams, not to mention as a cheerleader. And the reigning homecoming queen had one last dance Saturday night as she, her date and their friends lived it up at prom.

But Ramirez never made it home. Her car got caught up in fast-moving water, ending her short but illustrious life and leaving her classmates crestfallen.

“She was a good person,” Amber Contreras told CNN affiliate WOAI, fighting back tears over the news her friend is gone. “I was like, it can’t be happening.”

But it did, around 2:45 a.m. (3:45 a.m. ET) Sunday, when Ramirez was about 2 miles from home. Torrential rains made it nearly impossible to see that the road ahead was inundated.

Once the teenager got stuck, her aunt Roberta Ramirez told CNN, she called 911, then called her father.

“He just told her to ‘stay put, I’m on my way,'” Roberta Ramirez said. “But by the time he got there, the water was just torrential. There was such force so that even if she had gotten out of the vehicle, it probably would have carried her away.”

Now, rather than getting ready for a June 5 graduation and pursuing her plans of becoming an optometrist, Ramirez will be buried Wednesday.

Ramirez was one of more than 30 people known to have died as a result of the storm system.

At least 12 were killed in Texas: Five were killed in Houston three in Hays County, southwest of Austin, officials said. Four other Texas counties — Medina, Milam, Travis and Williamson — each reported one death.

In Oklahoma, six people died from the storm. They included a firefighter in Claremore who was trying to perform a water rescue.

And 13 deaths happened in Ciudad Acuña, Mexico, a historic border city best known internationally as the setting for Robert Rodriguez’s films “El Mariachi” and “Desperado,” and George Strait’s song “Blame it on Mexico.”

It was a rare tornado that caused the most havoc in Acuña. Three children were among the dead, said Mayor Evaristo Lenin Perez, and another 200 people were injured.

Photos from the scene in Acuña, which sits right across the border from Del Rio, Texas, showed cars blown upright and leaning against homes. The twister flipped over school buses and damaged about 400 homes.

One resident, walking around the damaged area, said he saw part of a car that had been tossed to the summit of a hill.

“You can also see another truck that was flung by the wind into the side of the hill,” Homero Iracheta said.

‘The house is floating down the water’

More than three days have passed since the McComb family’s vacation cabin was uprooted and washed away by flood currents in Wimberley, Texas.

Jonathan and Laura McComb, along with their two children, were inside. As the cabin floated downstream early Sunday morning, it broke apart.

Laura McComb called her sister as the house drifted away.

“A little after 1 o’clock in the morning, she called me and said: ‘I just want you to know the ceiling has caved in, and the house is floating down the water,'” sister Julie Shields told CNN’s Anderson Cooper.

Jonathan was found alive, with a collapsed lung and broken sternum. But his wife and two children remain missing.

“We never lose hope,” said Jonathan’s father, Joe McComb. “But I think reality is setting in that there is probably a good chance that it might not be the outcome we’re hoping for. But you never give up hope.”

In addition to Laura McComb and her children, eight other people are still missing in Hays County. And an elderly couple are missing after a rescue boat capsized in Houston, the mayor’s spokeswoman said.

Before she headed to prom his past weekend, Alyssa Ramirez spent time hanging out with friends as they flipped through their yearbooks, laughing and reminiscing about their four years in high school together.

“That was always what you got with her, was just pure love and happiness,” said friend Alyssa Schmidt, who was with Ramirez at the prom.

Roberta Ramirez said her family is still coming to grips with the fact that her niece won’t be able to pursue her passions, though she hopes that Alyssa Ramirez’s friends continue to follow their own.

“The best way to honor her and others that have died in these terrible storms,” she said, “is to do their best they can and live their own dreams.”