Texas flood victim: ‘It turned the living room into a gigantic washing machine’ 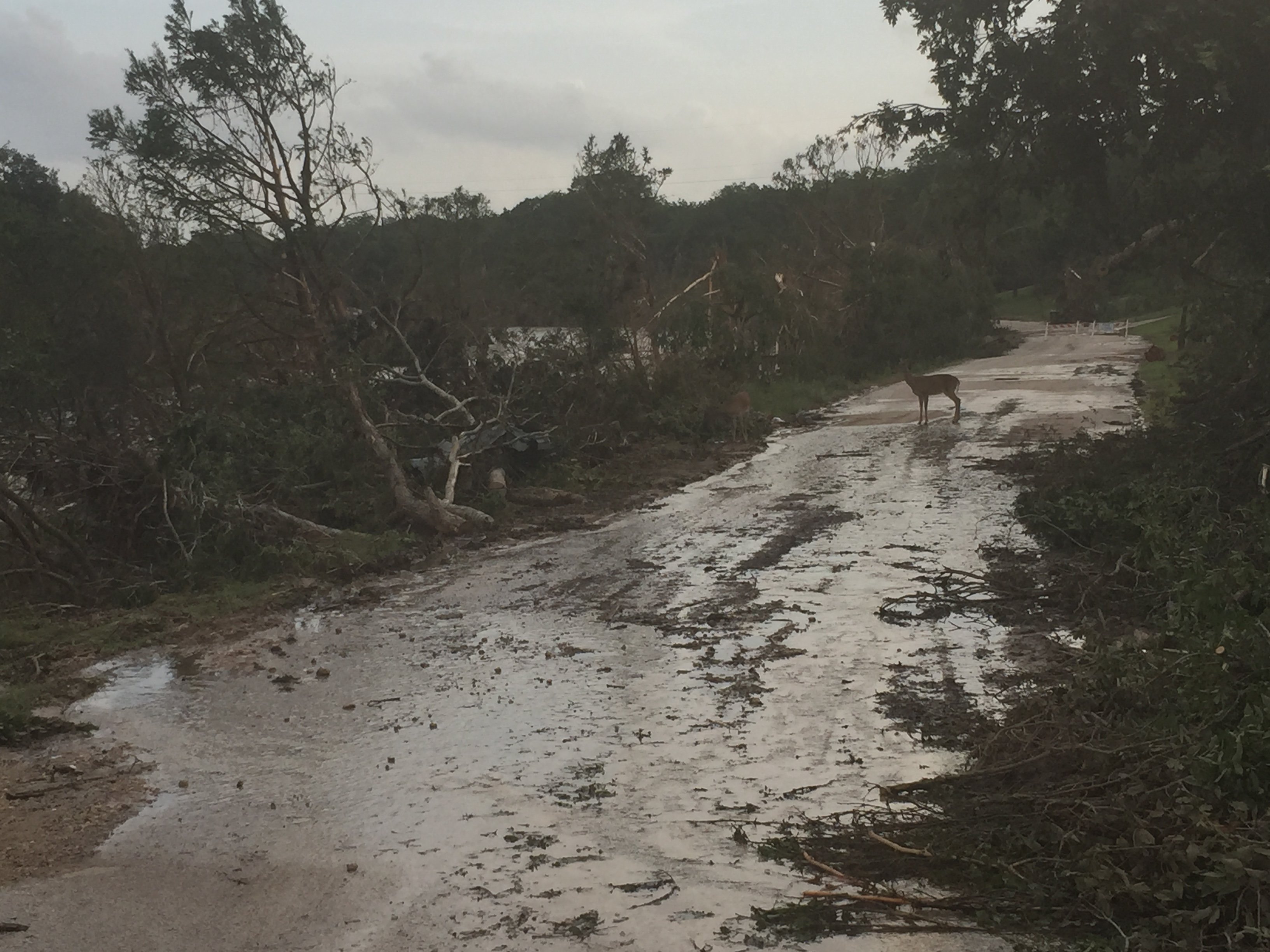 (CNN) — The ferocious Blanco River surged into the Perez family’s vacation home, blowing the door off its frame.

“Oh no!” Sarah Perez cried from the second floor.

The torrent of brown water filled the Texas house, creating a whirlpool of chairs and tables.

“It turned the living room into a gigantic washing machine,” Ernie Perez said.

His wife wondered aloud whether she should call 911.

Fortunately for the Perez family, firefighters were already in that part of Wimberley, Texas, to check on an elderly neighbor.

“We see flashing lights in the distance. We saw a fire crew with two trucks and a boat,” Ernie Perez said. “My brother whistles and gets their attention.”

The rescue Saturday night was like a movie, he said, with boats, lines and emergency workers ferrying his family into the dark.

The Perez family managed to survive, but many did not.

At least 35 people have died in the severe weather over the past five days, from either tornadoes or flooding brought on by epic rainfall. Those deaths include 15 in Texas, 14 in northern Mexico and six in Oklahoma.

And it’s not over yet.

Houston, one of the hardest-hit cities in the flooding, could see more storms for at least the next five days, the National Weather Service said.

What’s worse: Areas farther north, including Dallas, could get another 2 to 4 inches of rain through Sunday, and parts of eastern Oklahoma will get deluged with 4 to 6 inches of rain. That means runoff could rush downstream to Houston, inundating parts of the city once again.

Southwest of Houston, officials in Wharton, Texas, called for a voluntary evacuation on the western side of the city Wednesday as forecasters warned that the Colorado River was likely to rise above flood stage by Thursday.

Many homes on Wharton’s west side are already flooded with up to 3 feet of water, the National Weather Service said.

In Parker County, west of Fort Worth, authorities issued a voluntary evacuation order for 250 homes along the Brazos River, which is expected to crest 3 feet above flood stage in the coming days.

And in flood-stricken Hays County, where eight people remain missing, officials are bracing for more havoc.

“We’re very vulnerable right now,” Hays County Commissioner Will Conley said. “If we were to receive a small amount of rain, we could be right back into an emergency situation.”

In the Texas Panhandle, another storm Wednesday night spawned a tornado that hit an oil rig, Julie Boydston of the Hemphill County Sheriff’s Office said.

Three people were injured, but bad weather has made it difficult to get them to hospitals.

“We had tornadoes dropping everywhere,” Boydston said. “Ambulances (are) driving through the mud.”

While the mammoth flooding from this week slowly subsides, the death toll continues to rise.

On Wednesday, crews found a boy’s body on the banks of the Blanco River, Hays County officials said.

Charba was last seen near the Blanco River, as were her husband, son and parents — all of whom remain missing, Kellye Burke, a friend of Charba’s, said at a press conference Thursday.

In Houston, after using water pumps, crews found a 31-year-old man in a car parked along an entrance ramp to U.S. 59, the city said.

That marked the sixth death in Houston, where one person is still missing.

In nearby Fort Bend County, deputies found a body Wednesday believed to be a 73-year-old woman who’d been missing since she failed to show up to work at a convenience store Monday night.

The next day, her daughter spotted her car submerged in a creek. The body was found 50 yards from that spot, Fort Bend County Sheriff’s Office spokesman Bob Haenel said.

In addition to hundreds of stranded vehicles, some 1,400 structures in Houston suffered severe damage as waters crept up.

Saundra Brown recalled her daughter waking her early Sunday with news that “the bayou was rising.”

As the family rolled up their rug, someone knocked on the door asking for shelter after getting stranded in a vehicle. Soon, it became apparent nobody was going anywhere.

“We just told everybody, ‘Get on the couches,’ ” Brown said. “Then we put the family on the dining room table. (We moved to) the counters next. And if it was going to rise more, we’d go on the roof.”

Six hours later, it was finally safe to get their feet back on the soaked ground. The days since have been spent bunking with friends and cleaning up.

“It wasn’t fun,” Brown said. “We’re lucky to have a big support structure.”