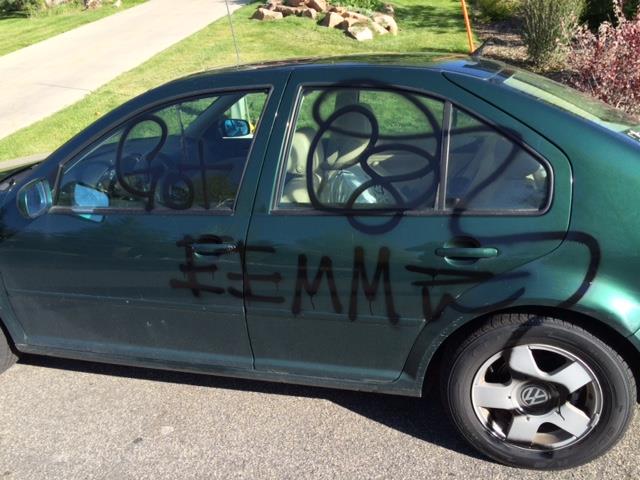 PARK CITY, Utah – Police are asking the public for help locating those responsible for a series of vehicle burglaries and acts of vandalism that occurred all across Park City in the early morning hours of Sunday.

According to information from Sgt. Jay Randall of the Park City Police Department, several vehicles were burglarized, vandalized or both.

In some cases windows were broken but the contents of the car left untouched, while in other cases items were stolen from inside the vehicles. One vehicle was vandalized by someone using black spray paint.

“Thus far we think it’s at least two individuals, made their way through town and created all kinds of havoc,” Randall said. “Essentially they went around breaking glass windows out of the different cars, other cars they would go through, open the doors, go through and take items that didn’t belong to them. Other damages were also caused.”

Randall said it was strange in that some cars were burglarized, while in other cases very valuable items were left behind in cars that had their windows smashed. He said they are trying to work out who would commit such acts and for what reason.

Police stated they estimate the total damages to be in the thousands of dollars, and they said they have developed several leads but are asking anyone who spotted anything out of the ordinary Sunday to contact Park City dispatch at 435-615-5500.

Randall said there are 15 and maybe even 16 incidents related to the spree, and he said they occurred all over the Park City area–except in the area near Deer Valley.

Randall said they are working with several leads and believe the crimes occurred sometime between 1 a.m. and 4 .m. He said one witness reported a dark-colored SUV with multiple people inside that may have been involved.

The posting from Sgt. Randall states: “The actions of these criminals is reprehensible with the thousands of dollars worth of damage, and those responsible will not go unpunished. Park City is a safe community, but individuals who are willing to go to such lengths out of spite need to face the consequences for their actions. Please join me in locating these individuals if you have any pertinent information. Thanks for your assistance.”