SALT LAKE COUNTY, Utah -- The timing couldn't have been worse for a section of Interstate 215 to buckle Monday afternoon. It happened around 3:30 p.m. causing traffic to be backed up for miles at the height of rush hour.

“Anytime something like this happens and causes delays like this it’s unfortunate because it happened at the time of the evening commute," said John Gleason, spokesman for Utah Department of Transportation.

The buckling took place on the southbound lanes on the west side near 1700 South.

Three of the five lanes had to be shut down as crews worked for more than five hours to make the repairs. The highway was completely re-opened around 9 p.m. The cause of the buckling is being blamed on an extreme fluctuation of temperatures. 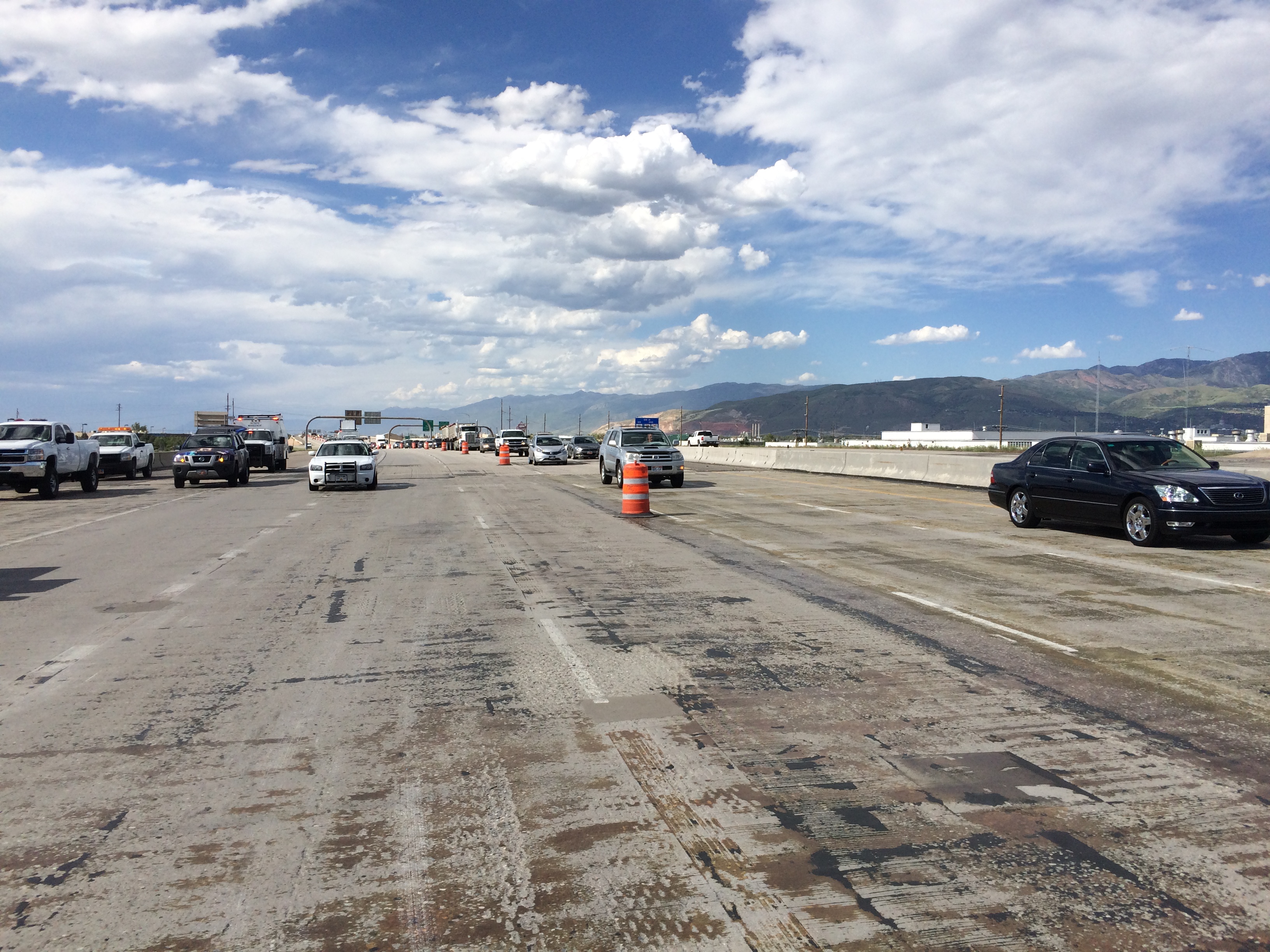 “We were in the 90s today I believe so it’s not anything that we’re not used to seeing but where we had the cooler temperatures last week and the week before there is that temperature swing and that’s where you see some of the expansion,” Gleason said.

Over the past four days Salt Lake City has gone from 76 degrees on Friday, to 92 degrees on Monday, one degree shy of a June 1 record.

“What happens is the concrete panels expand, there are joints between the panels that allow for that expansion but unfortunately there are sometimes when rocks or grit or foreign materials get stuck in those joints and when the expansion happens and those joints are clogged they have nowhere to go but up," Gleason said.

UDOT said the age of this particular stretch of road didn't help.

“This area of 215 is a little bit older and it’s something that we will be addressing in the next few years," Gleason said.