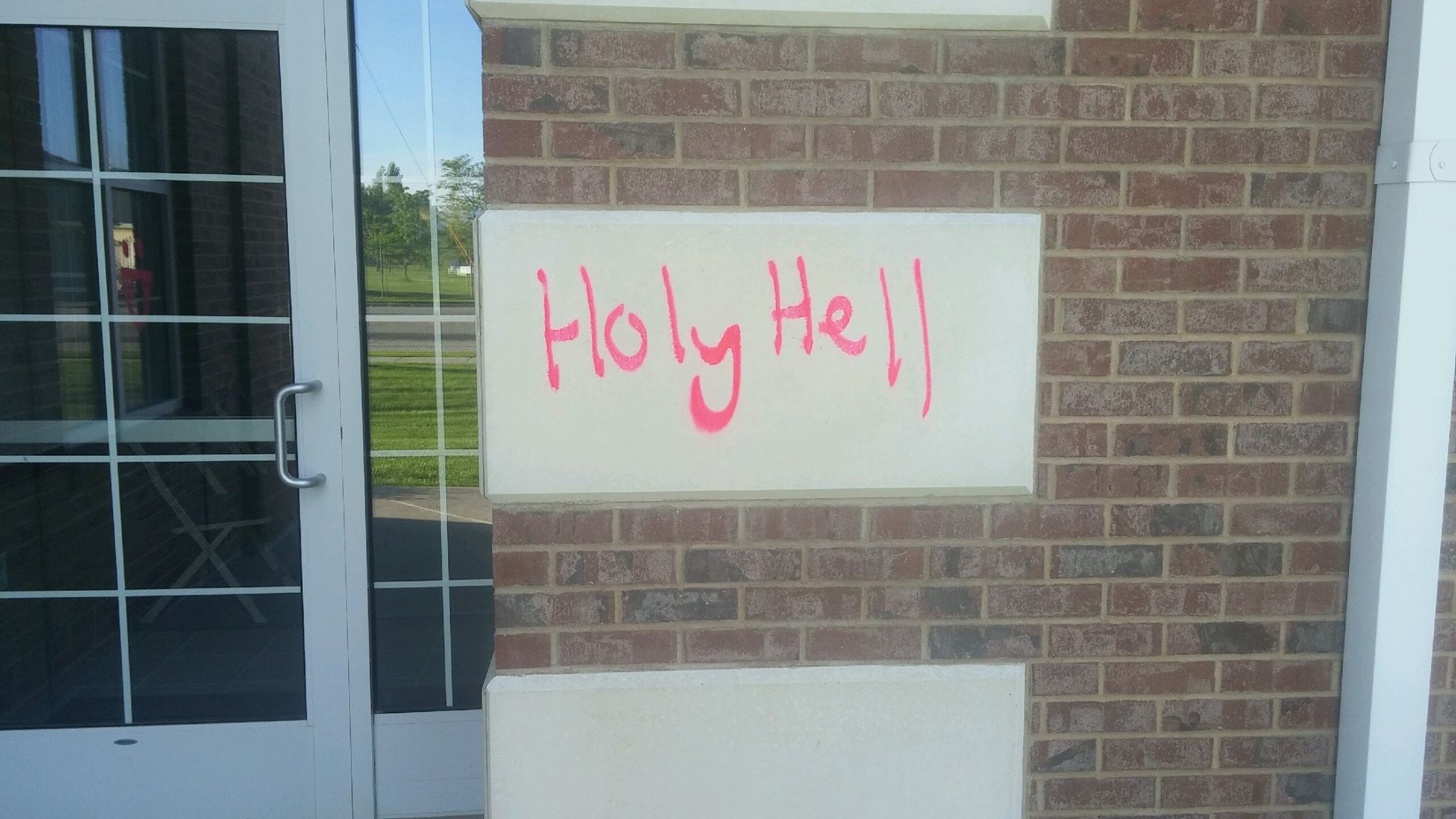 WEBER COUNTY, Utah – Two teen siblings are in custody after they allegedly vandalized a church in Farr West with graffiti that included “perverse and satanic-laced writings”, and officers said the pair also damaged a nearby bridge owned by the city.

According to the Weber County Sheriff’s Office, a 13-year-old male and 15-year-old female are charged with vandalizing a place of worship owned by The Church of Jesus Christ of Latter-day Saints.

The teen siblings reportedly confessed to the crime, but police stated it wasn’t clear what motivated them to vandalize the church and damage the nearby bridge.

Both teens were booked into the Weber Valley Detention Center on felony charges of criminal mischief.