Truck crashes into trailer, sending boat onto roof of vehicle 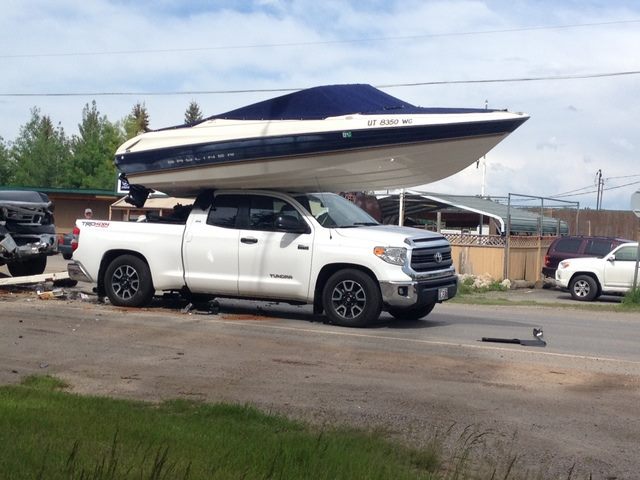 GARDEN CITY, Utah — A woman was taken to a hospital after a collision in Garden City involving a truck pulling a boat on a trailer and another truck, and when one truck impacted the rear of that trailer the boat was sent crashing forward to land on top of the truck.

Officials with the Rich County Sheriff’s Office said the crash occurred around 4:18 p.m. near Bear Lake Pizza in Garden City, in the area of 240 South Bear Lake Boulevard.

The truck pulling a boat was stopped and waiting to make a left turn when the second truck failed to stop as it came up behind. The female driver of the second vehicle was taken to a hospital, but officials said they weren’t certain of her condition. There were no other reports of injuries.

A photo from Rich County Sheriff’s Office and several others from a FOX 13 News viewer show the boat on top of the truck. Officials said at this point, no citations have been issued in connection with the crash.