SANDY, Utah – Five cars were involved in a pile-up in Sandy Saturday after a truck going the wrong way collided with a car at an intersection, and at least one person was taken to a hospital.

The crash occurred on 90th South in the area of 700 East in Sandy.

A total of five vehicles were involved in the pile up, and the chain reaction of impacts was triggered by the wrong-way truck. Police said the woman driving the northbound truck veered over into oncoming lines, crossing the center median, and they said the cause is unclear but was most likely a medical issue.

The woman driving the car first impacted by the truck was taken to a hospital, possibly with a broken leg. 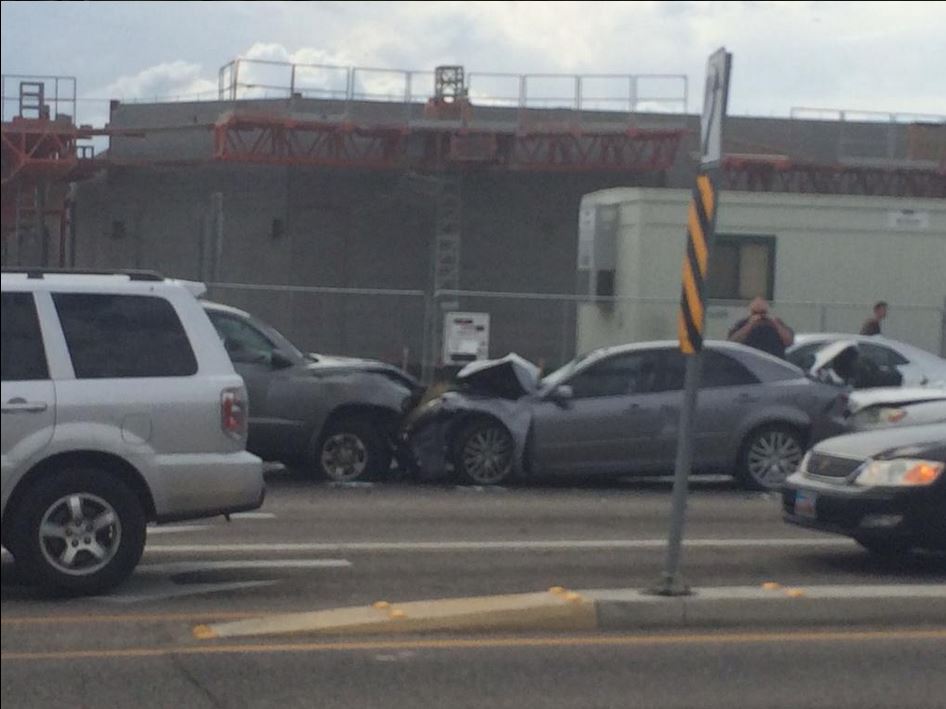