SALT LAKE CITY -- A special weather statement has been issued for portions of northern Utah Saturday night, and slow-moving thunderstorms brought rainfall and even hail, causing flooding in some streets. A tornado also touched down in San Juan County Saturday, and so far there have been no reports of damages in connection with that tornado.

According to a special weather statement from the National Weather Service, radar detected the slow-moving thunderstorms around 7:24 p.m. and they are expected to produce heavy rainfall and penny-to-nickel size hail as well as frequent lightning.

The weather statement indicates that “Torrential rainfall is also occurring with this storm… and may lead to flooding. Do not drive your vehicle through flooded roadways.”

Lt. Justin Hoyal, Unified Police Department, said Riverton has been hit hard by the storms and there have been reports of flooding as a result. Police are setting up a command center at the Unified PD precinct in Riverton, and anyone experiencing flooding can call UPD at 801-743-7000. Hoyal said there weren't any evacuations so far and they were urging people to shelter in place unless confronted with a life-threatening situation. There were also reports of flooding in Draper.

There were also flash flood warnings issued for other parts of Utah, click here for an up-to-date list of all weather watches and warnings.

San Juan County Dispatch officials confirmed they have received reports of the tornado touching down, but they said so far they have not received any reports of damages in connection with the incident.

Click here to track the storms with our interactive maps and radar. 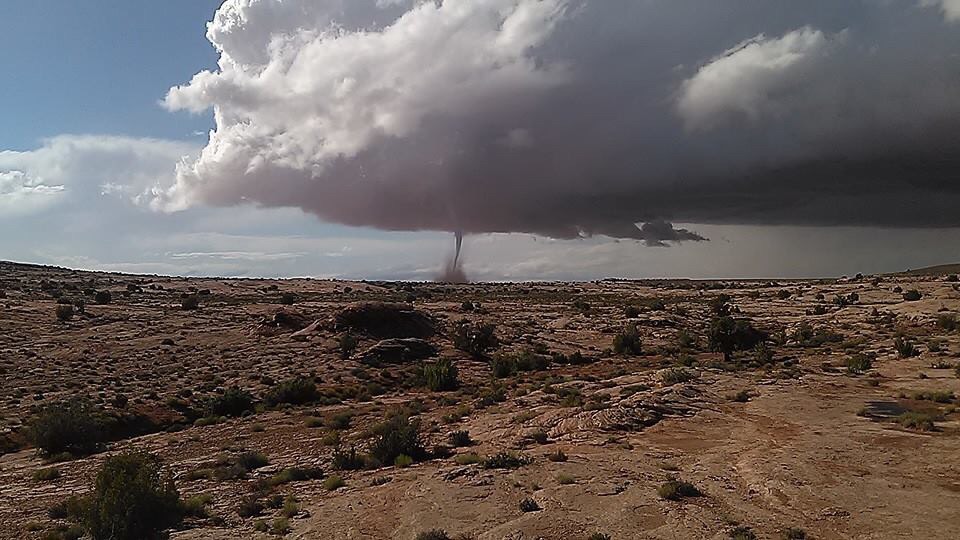