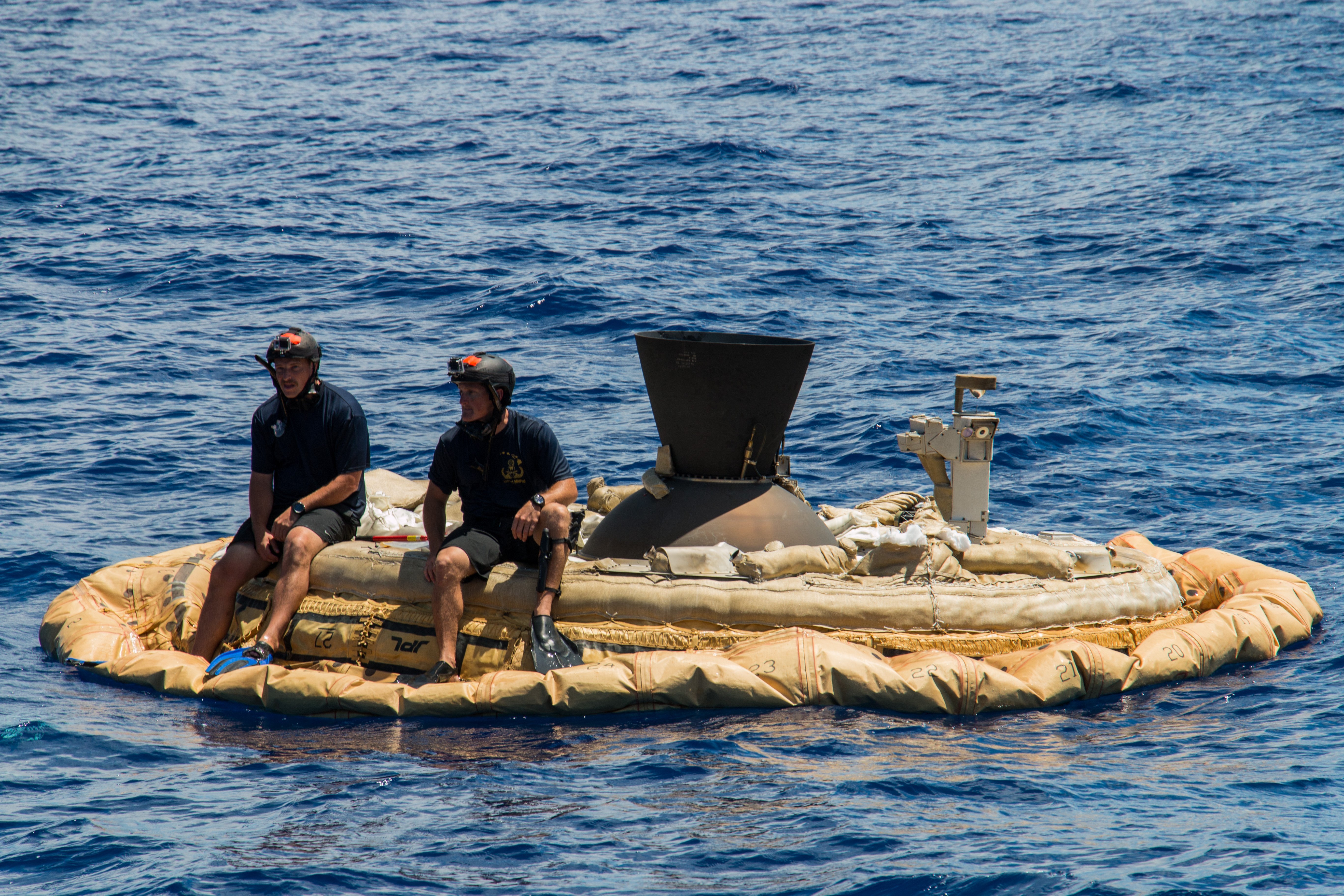 (CNN) — A flying saucer has been spotted over the Pacific. Not a UFO, exactly, since it is identified. It belongs to NASA.

After several delays, NASA on Monday initiated the test of a saucer-shaped craft that could hold the key to a future human mission to Mars.

There were cheers in the control room as the balloon began lifting the vessel, but the joy was short lived.

Once the balloon reached the target height of 120,000 feet, more than 20 miles (32 kilometers) above Earth, mission controllers set the LDSD free to fire its rockets and try out the centerpiece of the test: a giant supersonic parachute, measuring 100 feet (30 meters) across.

The chute deployed but did not inflate, NASA wrote on Twitter, promising to learn from the test.

Last year, when the LDSD was tested for the first time, the deployment of the parachute was the only problem when it didn’t inflate as expected.

This time around, a new design was being tested: the Supersonic Ringsail parachute, which NASA says is the largest supersonic parachute ever tested for landing on Mars.

Current technology for the task — decelerating from high speeds during re-entry into the atmosphere, to the final stages of landing on Mars — dates back to NASA’s Viking Program, which put two landers on the Martian surface in 1976.

The basic Viking parachute design has been used ever since. It was successfully used again in 2012 to deliver the rover Curiosity to Mars.

NASA will need new and improved landing technologies to handle the larger spaceships of tomorrow and land them on rocky surfaces, as well as at higher elevations.

NASA scientists hope this saucer-shaped craft could be the key.

“As NASA plans ambitious robotic science missions to Mars, laying the groundwork for even more complex human expeditions to come, the spacecraft needed to land safely on the Red Planet’s surface will become larger and heavier in order to accommodate explorers’ extended stays on the Martian surface,” the agency’s website said.

This means the supersonic parachute will have its work cut out to create sufficient atmospheric drag to slow the vehicles down so they can be landed safely. Using drag for deceleration means precious fuel can be saved for landing maneuvers.

A third test flight for the LDSD is scheduled for summer 2016.