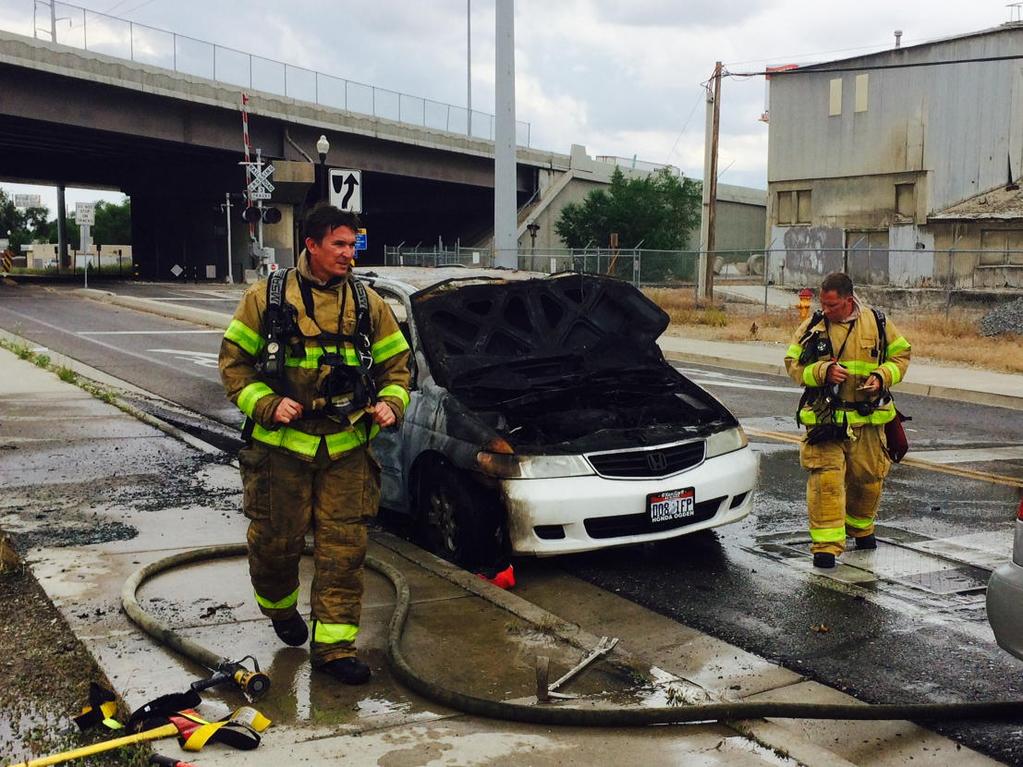 Witnesses told police they say someone dumping gasoline on a can and then setting it ablaze near 900 S. and 600 W. around noon.

A witness called 911 but the suspect ran before officers arrived.

Police said no one was in the van when it was ignited.

Authorities said a Subaru directly in front of the van was damaged as well.

Officers said a man was detained in the area and taken to the hospital for a medical condition but they don’t believe he was involved in setting the fire at this time.

Firefighters extinguished a vehicle fire at 900 S and 600 W. @SLCPD has a suspect in custody. pic.twitter.com/zcGHyt8HfF