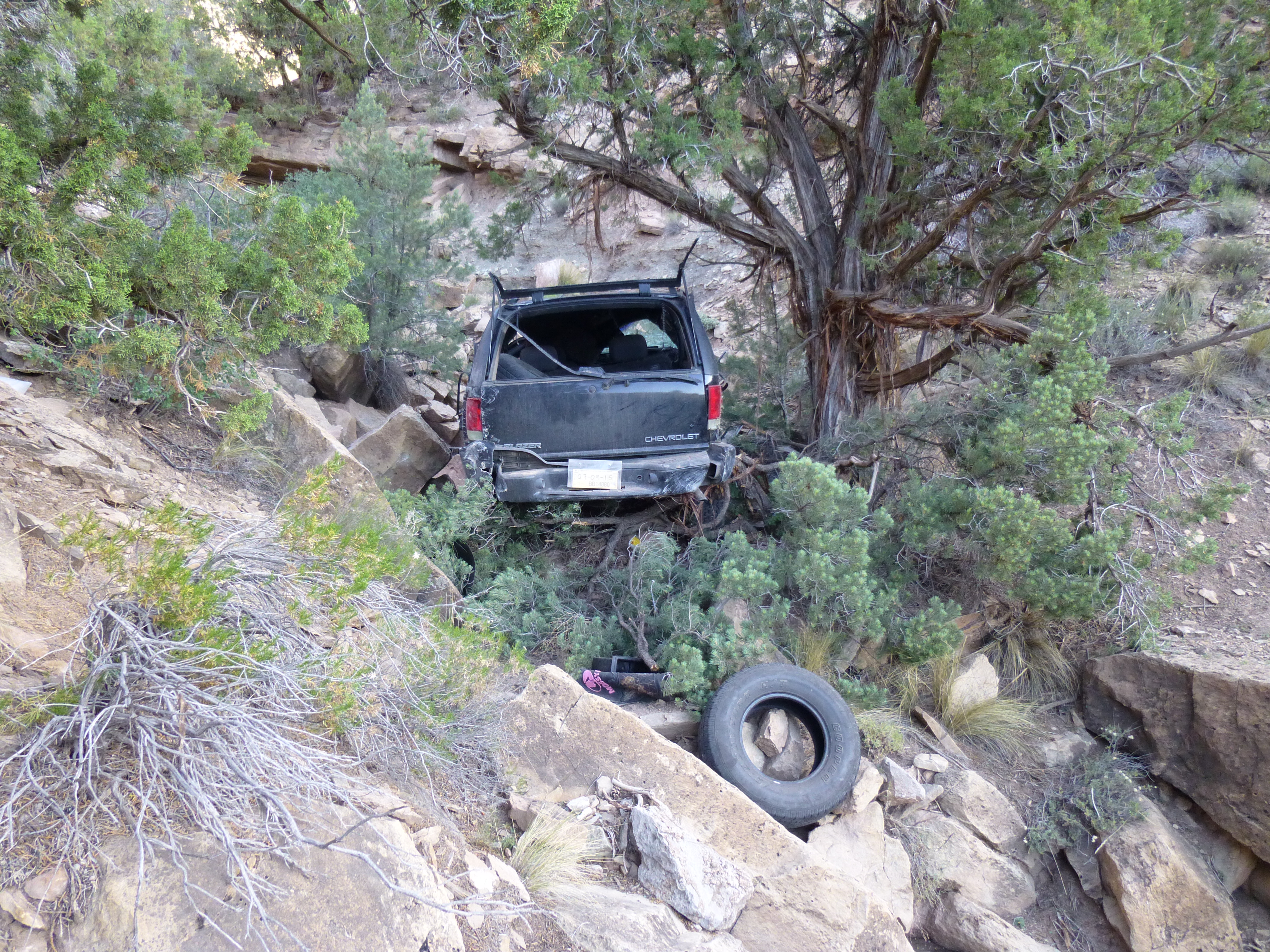 SOUTHERN UTAH – A man faces charges that include negligent homicide and DUI after a woman was killed when a vehicle went off the road and into a ravine near Toquerville Falls, and a statement of probable cause indicates the man woke up the morning after the crash, found the woman dead, drank some more alcohol and then contacted emergency responders to tell them he believed his girlfriend was dead.

A statement of probable cause indicates police responded to the crash around 6:20 a.m. Monday, and the vehicle had gone into a ravine and traveled about 200 feet from the road while moving about 100 feet below the elevation of the road. The crash occurred near Toquerville Falls on Toquerville Road, which is a narrow, one-lane dirt road with no safety devices like guardrails.

Cierra Perez, 20, suffered fatal injuries in the crash and was found nearby the vehicle, which the officer said appeared to have gone off the road at a sharp curve. Wyler told the officer it was dark and he was driving too fast to negotiate the curve.

The probable cause statement indicates deputies at the scene located an empty Redd’s Apple Ale case, an open ale bottle with some liquid still inside, and several bottle caps among the debris from the crash, as well as an ale bottle cap in the driver’s area of the vehicle.

Wyler was taken to a hospital to be treated for injuries, so police were not able to perform a standard field sobriety test at that time. Wyler was read his Miranda rights at the hospital, and he told police that he had been drinking around 9 p.m. Sunday, according to the PC statement. Witnesses told police Wyler was intoxicated that night, and Wyler admitted to being the driver of the vehicle that crashed.

The pair had begun driving toward Toquerville Falls, and Wyler said he recalled the crash occurring sometime around 10:45 p.m. Wyler was not ejected during the crash but stated he was rendered unconscious.

Wyler told police he woke up the next morning around 5 a.m., according to the PC statement, and he noticed Perez was not in the vehicle and went to look for her. When he found her, he said she was cold to the touch and his efforts to wake her failed, leading him to believe she was dead.

According to document, Wyler then, “drank some of the alcohol before going to find cell service to call 911.” Wyler told dispatchers he believed his girlfriend was dead, and medical personnel confirmed her death after arriving at the scene.

A breath test at the hospital displayed 0.000 BAC, and a blood draw was also administered. However, due to evidence from the scene, Wyler’s admission of drinking, and witnesses statements—Wyler was arrested for DUI, which combined with the “dangerous manner” in which he was driving led authorities to also charge him with negligent homicide.