WEST JORDAN, Utah -- A 7-year-old boy from West Jordan has a mission to shake the hand of every police officer in the state of Utah to express his appreciation for their work, and Saturday he had the opportunity to meet several officers from various agencies.

Chris Eadler and his wife are retired police officers from Texas who now run a restaurant in West Jordan, and when they heard of Wesslee Bergers' desire to meet as many officers as he could they wanted to help.

“There’s a lot of good people out there that want to thank officers for the job they do, but Wesslee’s taking it one step further,” Chris Eadler said.

Eadler helped gather some officers and even a K9 to meet Wesslee and show him some of the equipment they use, like a S.E.R.T. MRAP vehicle.

“As a police officer, you don’t see too many people that call you out and want to thank you for the job you do,” Chris Eadler said. “It just kind of touched my wife and I’s heart that a 7 year old would actually want to do that for police officers.”

According to the Utah Highway Patrol, Wesslee told the officers he met he wanted to shake their hands, "Because you guys were being treated bad.”

Officer Jared Tadehara was among those who met Weslee and his family, and the pair joked about writing Weslee a ticket for, “being a cool kid.”

“It makes me feel good," Tadehara said. "It's what makes this job worthwhile.”

Along with handshakes, the officers brought Wesslee some patches to add to his growing collection as well as a Motor Squad pin and a campaign hat. 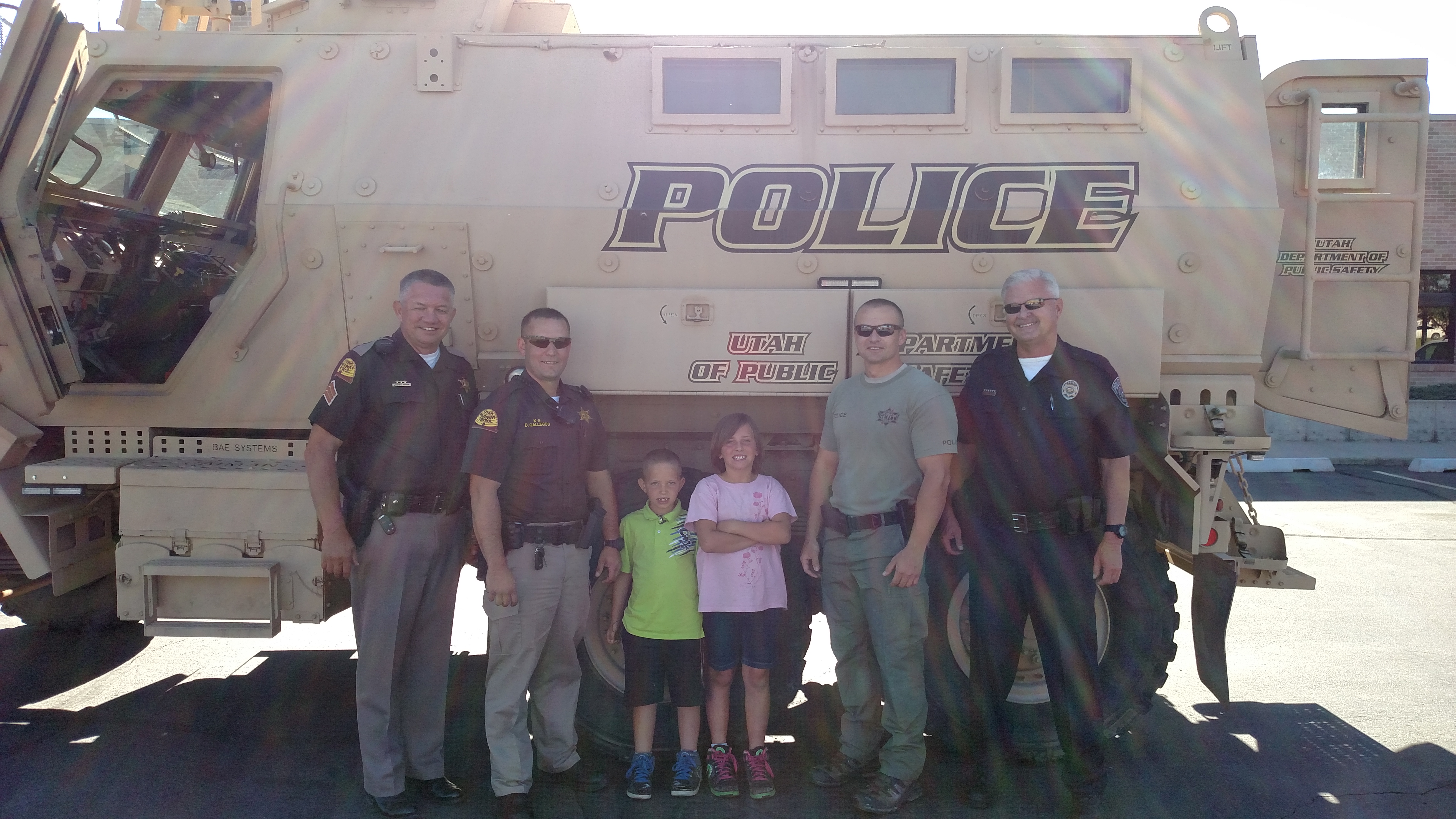