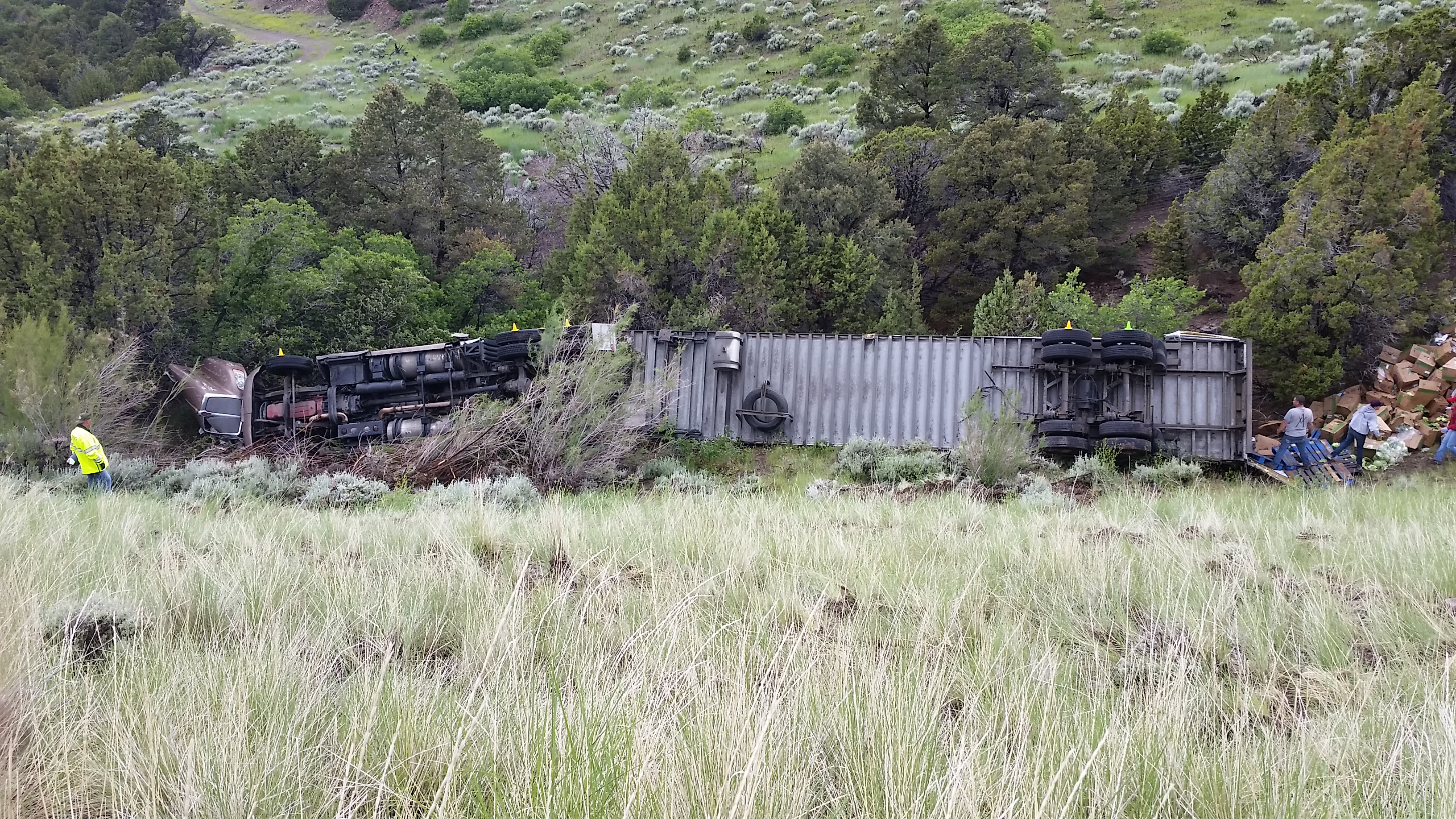 MILLARD COUNTY, Utah — Utah Highway Patrol is being assisted by the U.S. Forest Service as they work to recover the body of a semitrailer driver who was killed in a crash on I-70 sometime Friday night or Saturday, and officials said the crash scene was discovered Sunday around noon by passing motorists.

Trooper Evan Kirby, Utah Highway Patrol, said the crash occurred on I-70 near mile marker 6, which is in the area of Cove Fort, Utah.

According to the Utah Highway Patrol, the driver of the semi was not wearing a seat belt and was partially ejected during the single-vehicle crash. The semi had gone off the right shoulder of the road, down a steep embankment and rolled–coming to a rest partially on its roof. The man was partially pinned underneath the semi.

Kirby said it was not clear what caused the crash, as at this point they are not even certain exactly when the crash occurred. The semitrailer driver had apparently fueled up the vehicle in Las Vegas, Nevada Friday morning and was bound for Denver, Colorado.

UHP states they believe the man had been dead “in excess of 24 hours” before he was found, though they are still examining log books and times to determine the approximate time of the crash.

The crash site was found around noon Sunday by a family driving along I-70. According to UHP, the crash was not visible from the road and was only spotted because motorists stopped in the area and looked over the embankment.

UHP states “controlled substances are indicated and we are pursuing that further.”

Kirby said the crash may have happened at an hour when traffic is sparse, which would explain why no one saw the crash occur.

Kirby said there is a dirt road along I-70 in the area, and he said the U.S. Forest Service is helping by cutting down trees between the location of the truck and that dirt road so crews can move in heavy machinery to help extract the body of the man from the crash site.

Kirby said I-70 has reopened in the area of the crash, and though there may be intermittent lane restrictions as crews recover the body–Kirby said he did not believe they would impact traffic flow.