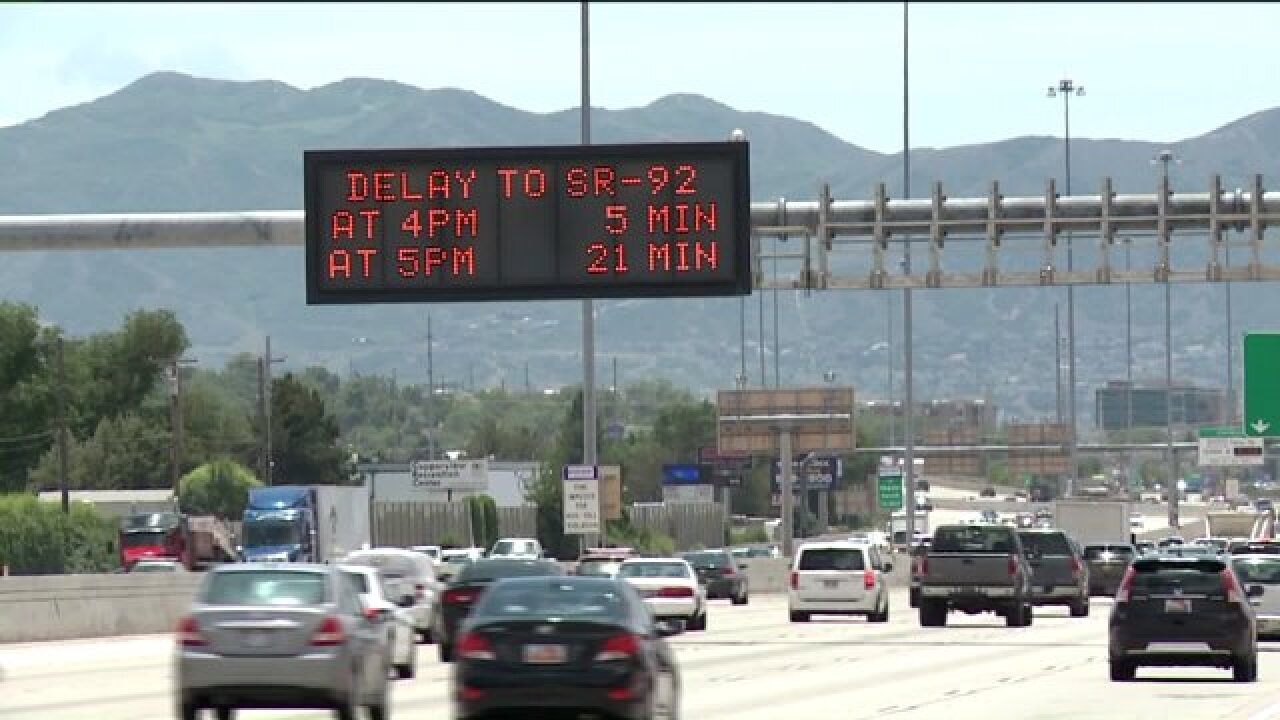 SALT LAKE COUNTY, Utah -- About 160,000 motorists pass through the point of the mountain construction zone each day.

Since traffic can get congested during commute hours, the Utah Department of Transportation is working on ways to help people save time by avoiding the rush hour.

UDOT has developed a free app that allows motorists to see traffic updates and trouble areas to avoid. More information on the app can be found at http://www.udot.utah.gov/main/f?p=100:pg:0:::1:T,V:1673,57449.

While UDOT widens Interstate 15 to six lanes in each direction from Lehi to Draper, the lanes are narrower and the speed limit is lower. Traffic was bad before the construction. Now it’s even worse.

“The first thing that went through my head was, ‘this sucks it's, going to take a long time, I really want to get home,’” said Jeff Vandyke who commutes through the Point Project each day for work.

UDOT’s electronic signs now show what a difference an hour can make in your evening commute.

Heading home at 4 p.m. means a five minute delay to get through the point of the mountain. But if you wait until 5 p.m. that jumps to 21 minutes of stop and go traffic.

“You usually don't have an extra 40 minutes just to sit in traffic so by leaving earlier I’m able to get through that,” Vandyke said.

Congestion seems to be the worst at around 5:30 p.m. UDOT officials say it’s best to avoid the next and half before the project is done.

“I don't know about everybody else but I don't like to be stuck in traffic. The less time spent in your car the more time with your family more time recreation time and after work,” Rose said.

The Point Project is expected to be finish by the fall of 2016.