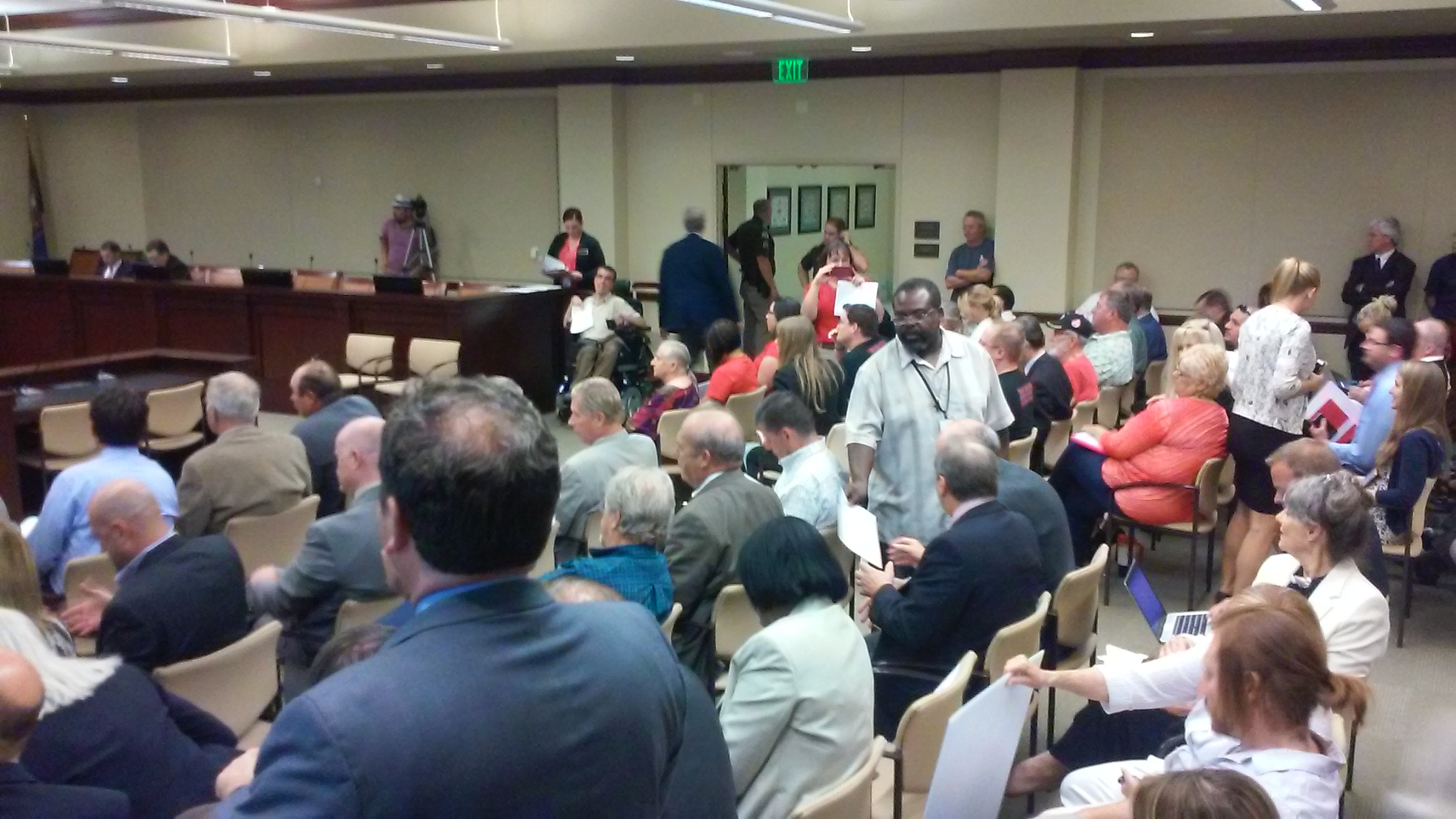 SALT LAKE CITY -- The first and only public comment session for the Prison Relocation Commission took place at the Utah State Capitol Building Tuesday night.
Commission members took two and a half hours of two-minute comments from residents.

If there was a common theme amongst the many people, it was to leave the prison in Draper, which the commission has said that's not an option.

The Legislature tasked the commission with recommending a new site, but most in attendance took the commission to task over its mission and its tactics.

“While renovation is warranted, relocation is a luxury we simply cannot afford. This relocation is simply a way to privatize profits, and socialize expenses,” one woman told the commission members.

Those in attendance flooded the commission with opposition to the relocation.

“Citing the need for reform and then ripping the prison away from where it has the most access to staff and volunteers is absurd,” another woman said.

Another woman in attendance said he didn’t know what citizen wanted the prison out of Draper.

“Are you hearing? Do you need hearing aids? I am absolutely livid with this process,” the woman said emphatically.

A man at the meeting said the process for the relocation has no rational basis.

“This is driven by developers. There's really no point in me speaking to all of you have already made up your minds,” the man said.

Only a few people spoke in favor of moving the prison. One man from Draper said the current prison is holding Draper back.

One woman from Salt Lake City said she's in favor of building it in Salt Lake City because an entirely new facility is necessary to address the critical needs of the prison population.

Sen. Jerry Stevenson, a member of the commission, wasn’t surprised by the overwhelming sentiment to keep the prison in Draper.

“I think there are people who are very passionate about this,” Stevenson said. “They’re very emotionally involved and they don’t want this in their community. As a result they will probably not change their opinion if they are the community that is selected.”

Now that the public part of the process is over, the Prison Relocation Commission is expected to announce their recommended location by the end of August.