The boas are the offspring of a rare white (leucistic) constrictor known as "Lucy" or "Diamond Princess," the U.S. Attorney's Office for Utah said. The federal government alleged the snake was found near Rio de Janeiro in 2006 and smuggled into Utah by Jeremy Stone.

Stone allegedly smuggled the snake into the U.S. in 2009 after paying a zookeeper to obtain the snake, which because of its albino coloring is one of the most rare species of snakes in the world. Reptile expert Jim Dix says that rarity means each snake is valued at up to $10,000.

“In the snake trade, a leucistic boa, if you’re the only person that has that, then you dominate the market basically,” Dix said. “And you can ask whatever you want for that snake and its offspring.”

The Brazilian government asked for the snake and its offspring to be seized and returned to the country. The FBI said that while executing a warrant, they learned that Lucy had died. Hogle Zoo cared for the offspring at the request of the federal government.

A screen shot of "Diamond Princess," an extremely rare white boa, from a video posted to YouTube by Jeremy Stone who was charged with smuggling the snake into Utah.

In July 2014, Stone pleaded guilty to unlawfully transporting wildlife into the United States and agreed to forfeit the offspring, prosecutors said.

“The successful prosecution of Mr. Stone and the recovery and repatriation of the offspring from this rare and valuable leucistic boa constrictor are due to the exceptional cooperation between the United States and Brazilian authorities,” said U.S. Attorney John Huber in a statement Wednesday. “The illegal wildlife trade threatens the survival of many threatened and endangered species and Mr. Stone’s conviction in this case demonstrates our resolve to prosecute those who engage in such activities.”

Huber told FOX 13 News: “With the work of FBI and other federal agencies, we found the offspring of the original, highly valued snake here in Salt Lake City, and worked then to eventually return them now to their home."

As part of the plea agreement, Stone surrendered the snakes and was ordered to serve one year of home confinement.

“If you break the law, federal law, in importing or transporting wildlife, that was brought here unlawfully, we’ll find you and we’ll hold you responsible,” Huber said.

In a statement released in 2014, Stone denied the allegations that he tried bringing the snake from Brazil in the name of money. He’ll be completing his home confinement sentence this summer. 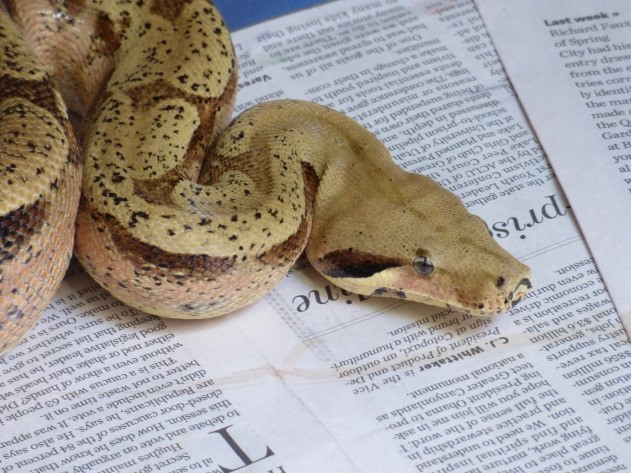