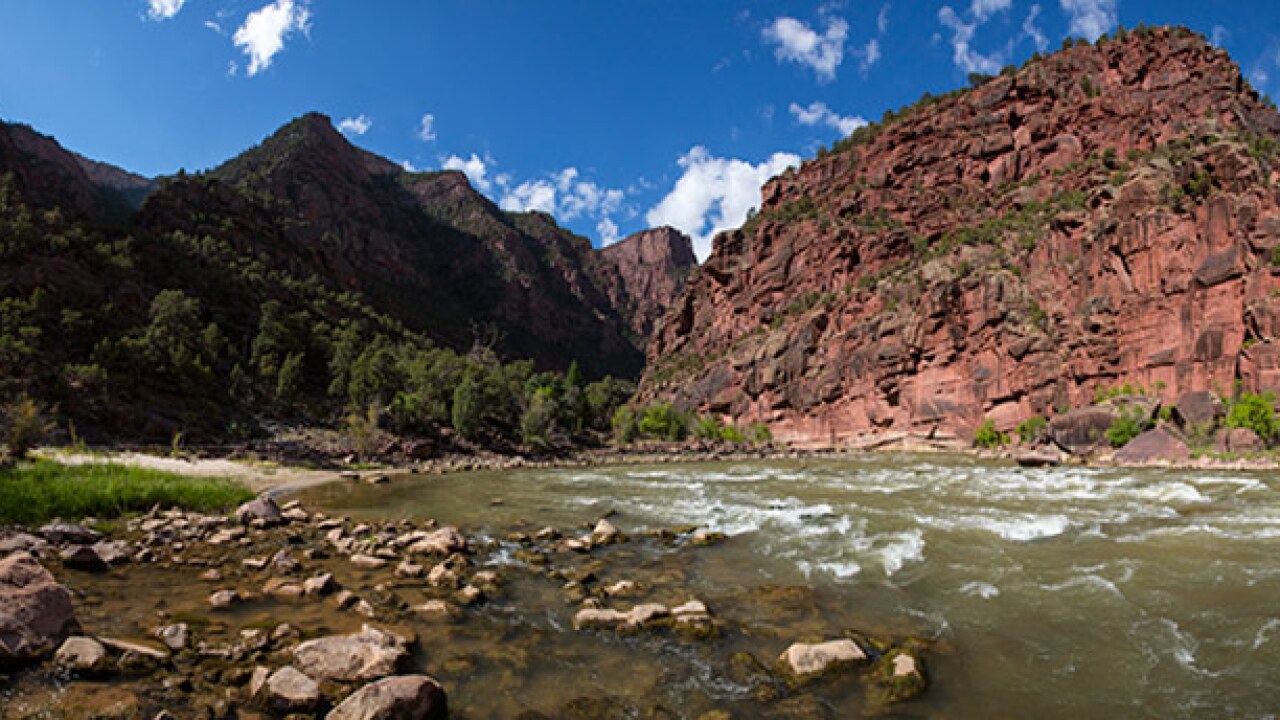 DINOSAUR NATIONAL MONUMENT, Colo. –The body of a missing rafter was recovered near Triplet Falls on the Green River in Dinosaur National Monument Monday afternoon.

The 34-year-old Denver man was a part of a 16-member private river trip that ran Triplet Falls Saturday.  After going through the rapid, four group members, including the victim, hiked back upstream to run a section of the rapid known as the Birth Canal.

The group made it through the Birth Canal but hit a rock shortly below that caused the raft to flip, dumping all occupants into the river, according to a press release from the National Park Service.

Three of the rafters were able to swim to shore. The release states members of group reported the victim appeared to be stuck.

The group search for the missing rafter for about two hours. The group then continued downstream on their rafts to get help, the release states.

At about 11:15 a.m. on Sunday, the rafting party arrived at Echo Park Ranger Station to report the incident, the release states.

Moffat County Sheriff’s Office and Colorado Parks and Wildlife assembled a response team to search for the missing rafter. The Denver man’s body was found Monday at about 12:30 p.m.

“The staff at Dinosaur National Monument expresses their condolences to the family and friends of the victim,” the release states.

The release states: “Triplet Falls, which has a Class III difficulty rating, is located in a remote location of Dinosaur National Monument about 12 river miles from the northern boundary.”

Dinosaur National Monument is located along the Utah-Colorado border, and the portion located in Utah is about 17 miles from Vernal via US-40.