SALT LAKE CITY -- Several ducks are being cared for at the Wildlife Rehabilitation Center of Northern Utah and dozens of ducks were reportedly found to be dead at the pond at Sugar House Park this week, and experts suspect botulism is the cause.

Delyn Marthaler, Executive Director for the Wildlife Rehabilitation Center of Northern Utah in Ogden, said earlier this week they received three ducks that were ill and Sunday four others were brought in. Marthaler said while they haven't visited the pond at Sugar House Park, those who reported the incident said they saw dozens of ducks that had died.

Connie Prows was at the park Sunday, and she submitted several photos of the ducks.

"Just kept walking and more and more dead ducks," she said. " Some on the other side of the bank still alive, flailing, trying to figure out even how to get up a simple embankment,  they can't.... And, I don't even know how many are dead."

Marthaler said so far the cause is unknown, but "right now it looks very much like botulism."

Marthaler said they will conduct tests to determine the exact cause, and she said one of the three ducks brought in earlier in the week has died, meaning there are six being cared for at the facility as of Sunday. She said they expect to see more cases among ducks.

This is not the first time this has happened at Sugar House Park, as officials have stated previously such deaths occur each year as the weather warms up. The hot weather causes oxygen levels in the water to decrease, which produces conditions that make bacteria active.

The National Wildlife Health Center states: "This bacteria is widespread in soil and requires warm temperatures, a protein source and an anaerobic (no oxygen) environment in order to become active and produce toxin. Decomposing vegetation and invertebrates combined with warm temperatures can provide ideal conditions for the botulism bacteria to activate and produce toxin."

Marthaler said anyone who spots dead or dying ducks should use caution and not make direct contact with the bodies, but should instead use multiple bags to handle and dispose of them. She said citizens can also contact the Division of Wildlife Resources regarding disposal. 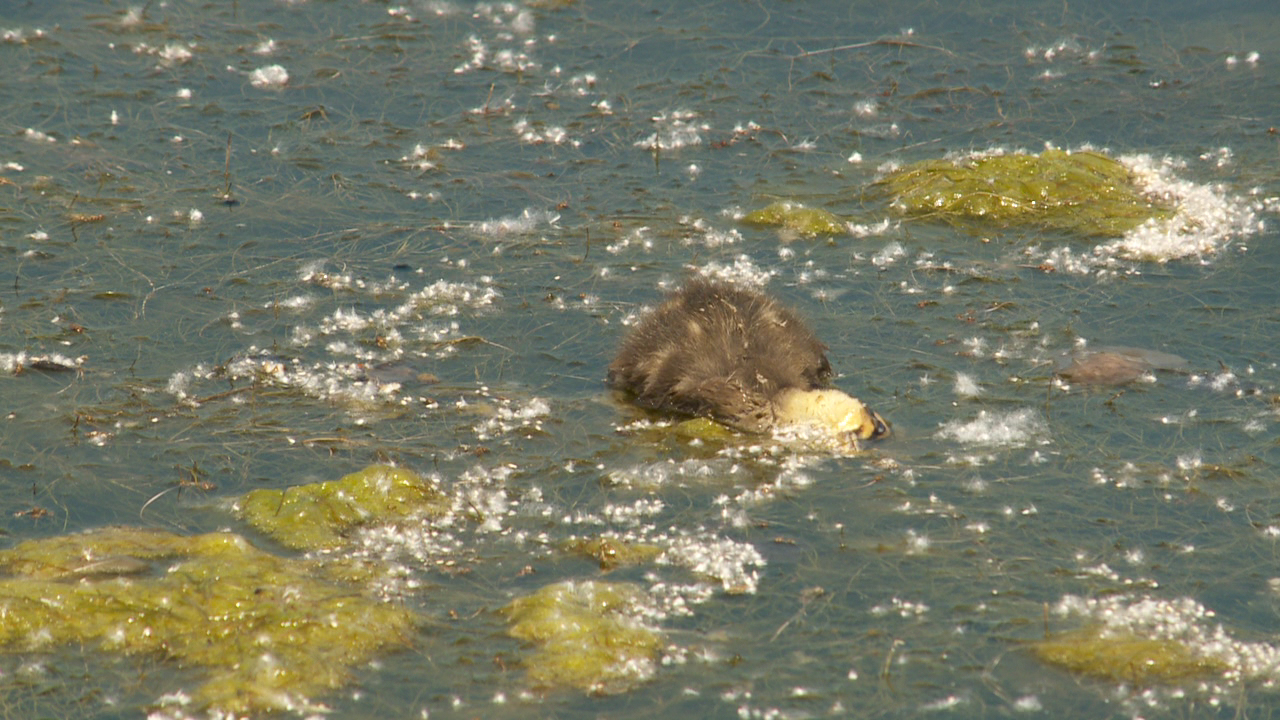