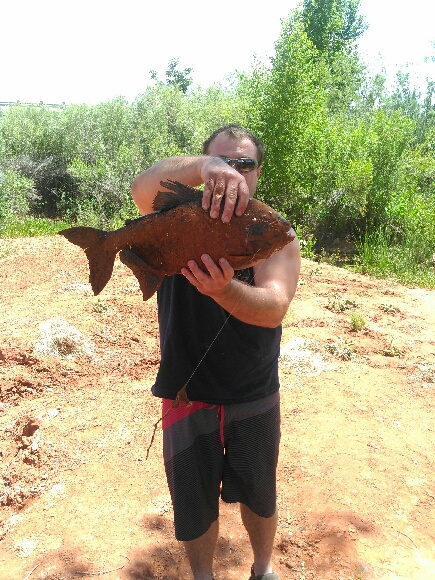 WASHINGTON CITY, Utah — A St. George man reeled in a piranha relative in a Washington City pond about two weeks ago.

St. George News reports Mark Magnera was fishing at the warm water pond known to locals as “The Boiler” when he caught a large, dark fish. After taking a photo, he released it back into the pond.

Magnera said he thought the fish might be an endangered species.

“I was thrilled. My kids were scared to touch it, didn’t know how to actually pick it up, thinking, because I could see the molars in there,” Magnera said.

Officials with Division of Wildlife Resources confirm the nine-pound fish Magnera caught is a pacu, a South American freshwater relative to the piranha.

Officials say they are not sure how the fish got there but The Boiler is known as a dumping ground for people’s aquarium fish.