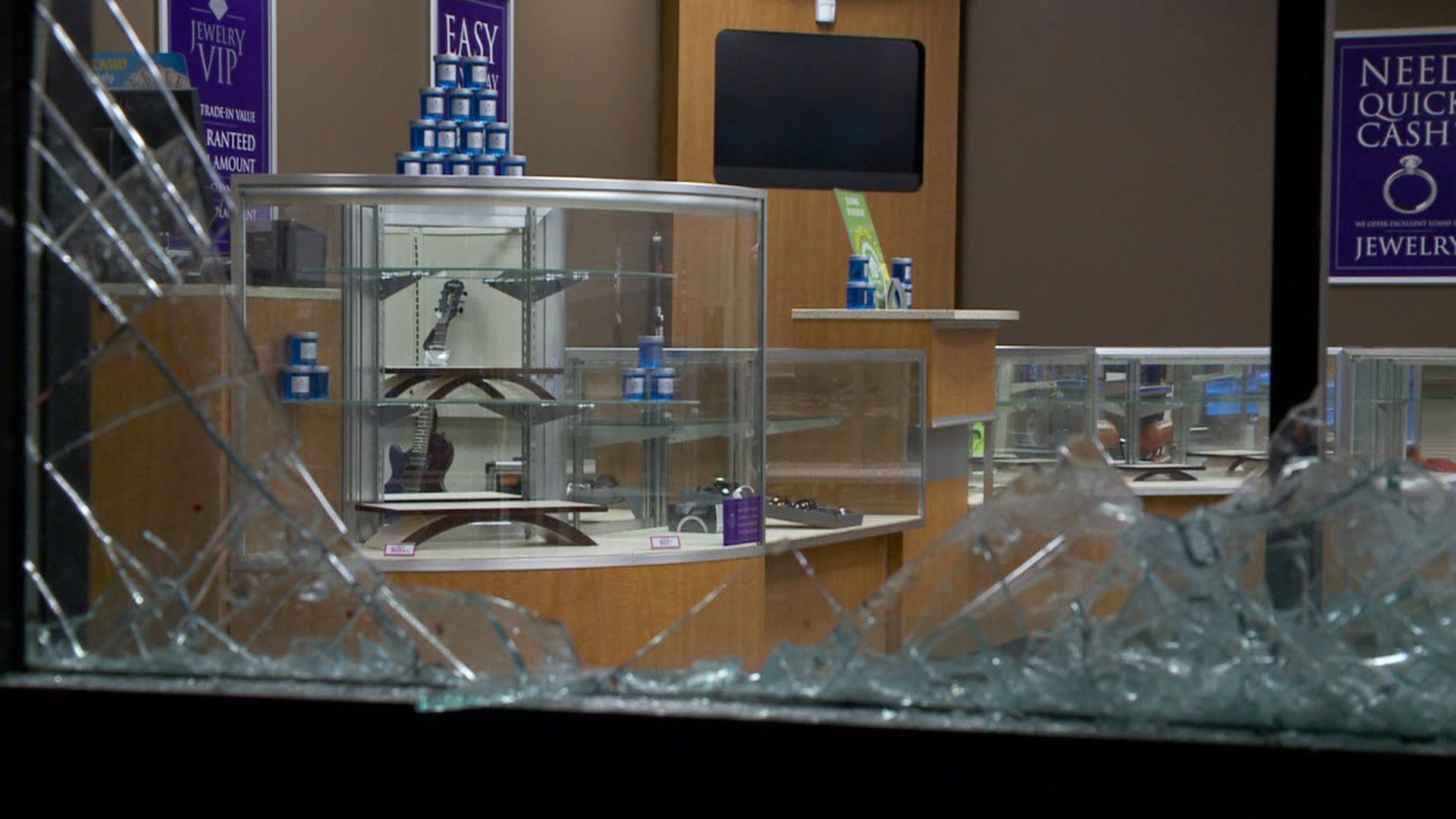 Authorities said a security alarm alerted them to the break in at the EZ Pawn near 4200 S. Redwood Rd. just after 2 a.m.

Police said a man broke a window, forced his way in and then broke a display case to steal a few items.

Officers said another man worked as a lookout and stayed outside.

West Valley City officers said both men are described as thin and just under 6-feet-tall.

One was wearing a gray hooded sweatshirt.

Police said they would like to speak with anyone who has information.