PROVO, Utah - A man is recovering after his hot air balloon crashed into a tree in Provo at the Freedom Festival Thursday morning.

The man and his balloon landed in a tree; he is recovering from some minor burns.

Bank of American Fork released the following statement on Facebook: 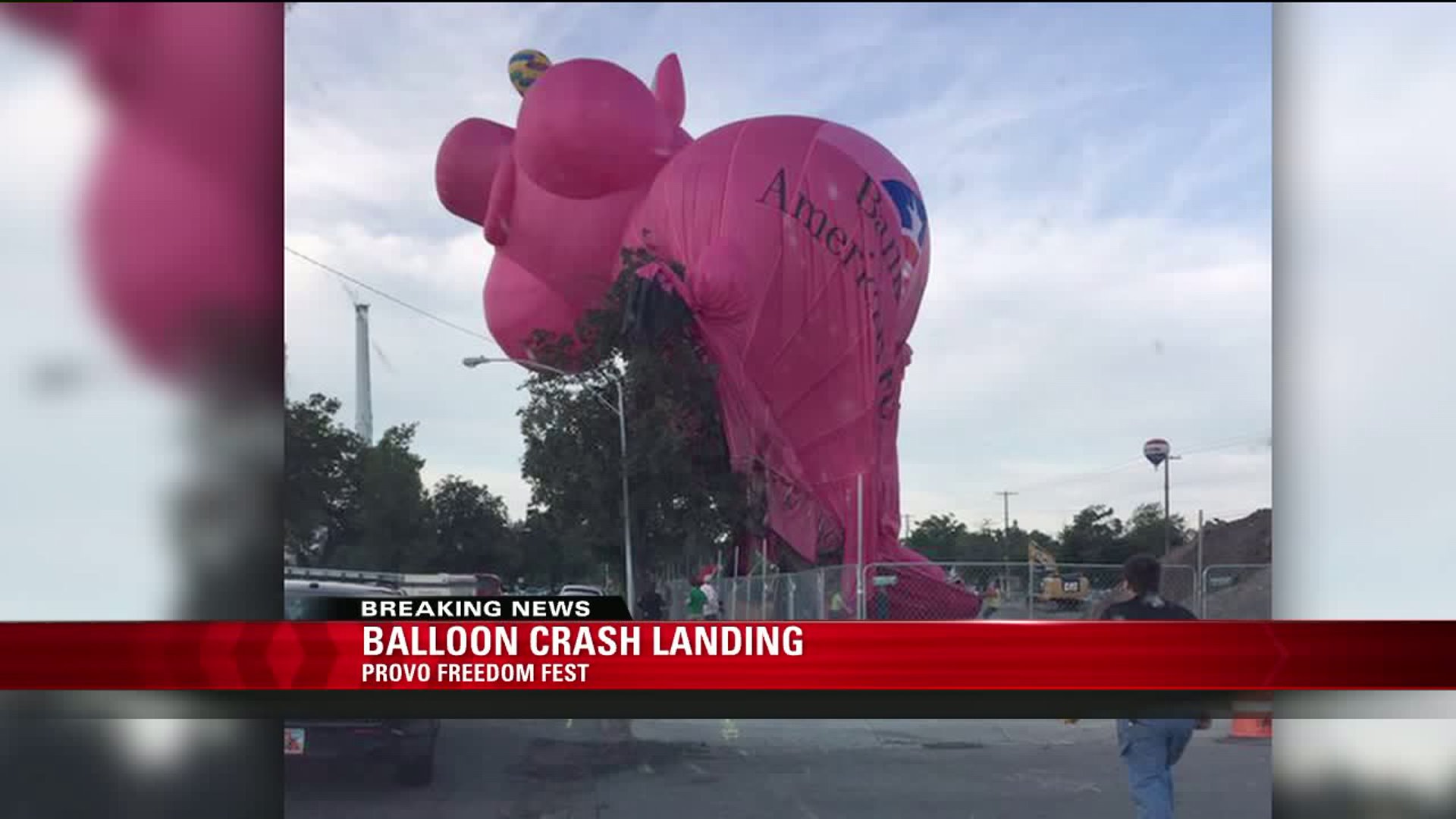