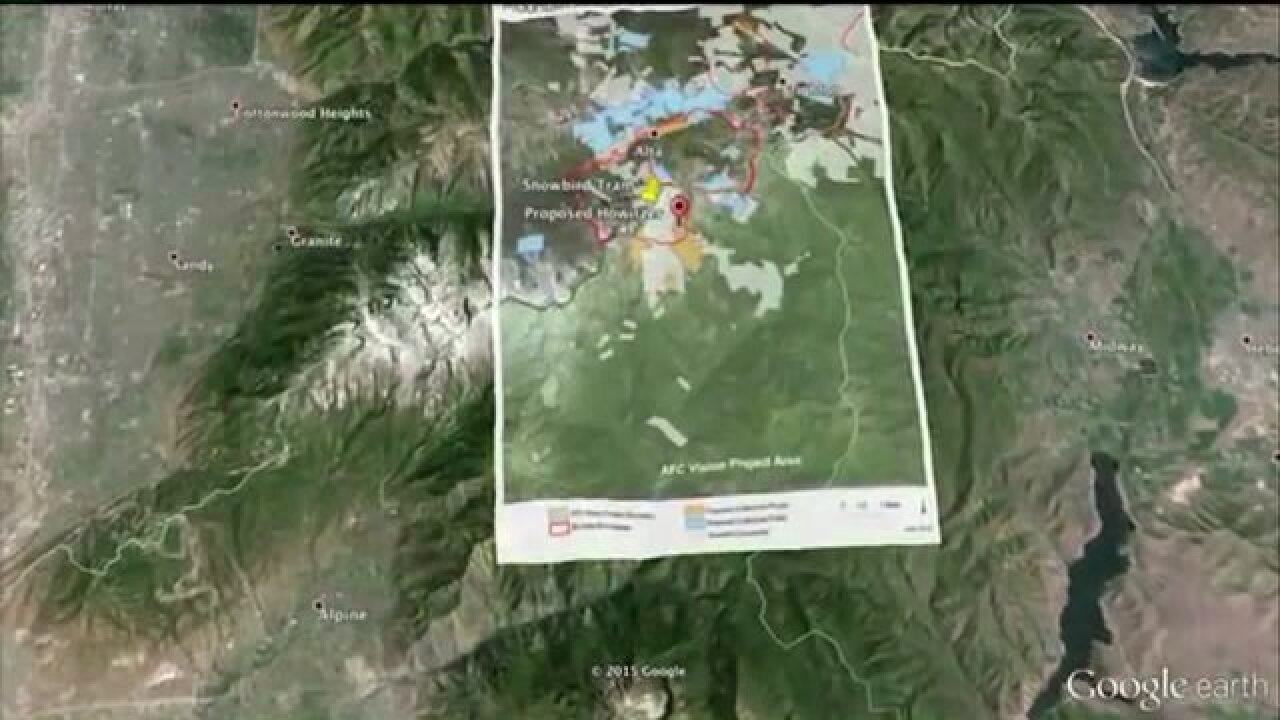 UTAH COUNTY, Utah -- The Mountain Accord expansion plans in American Fork Canyon are on hold as Utah County takes control of the debate in the wake of concerns from residents expressed at recent public meetings.

The Mountain Accord and Snowbird have been working together to expand ski operations into the canyon, but the plan faced strong opposition from Utah County residents in public meetings on the issue, some of whom were concerned over the possibility of developments including condos in the recreation area.

Snowbird General Manager Bob Bonar responded to those concerns in late June, saying they had no plans for condos and the like in the area and had a primary goal of expanding ski offerings.

“What we would like to do is expand our ski resort operations, mostly on our private property in upper Mineral Basin and upper Mary Ellen Gulch,” he said June 25. “No hotels, no condos, no gondolas connecting down to Tibble Fork or down to the bottom of American Fork Canyon.”

Thursday, the Mountain Accord announced they're leaving the decision to the county commission.

“What we are looking to do is to have Utah County really take the lead on that process and to conduct a public process to understand what the options are to move forward there,” said Laynee Jones, Program Manager for Mountain Accord.

Mountain Accord confirmed their group is moving ahead with the Salt Lake, Summit and Wasatch County expansion proposals. Those projects are expected to begin this summer.