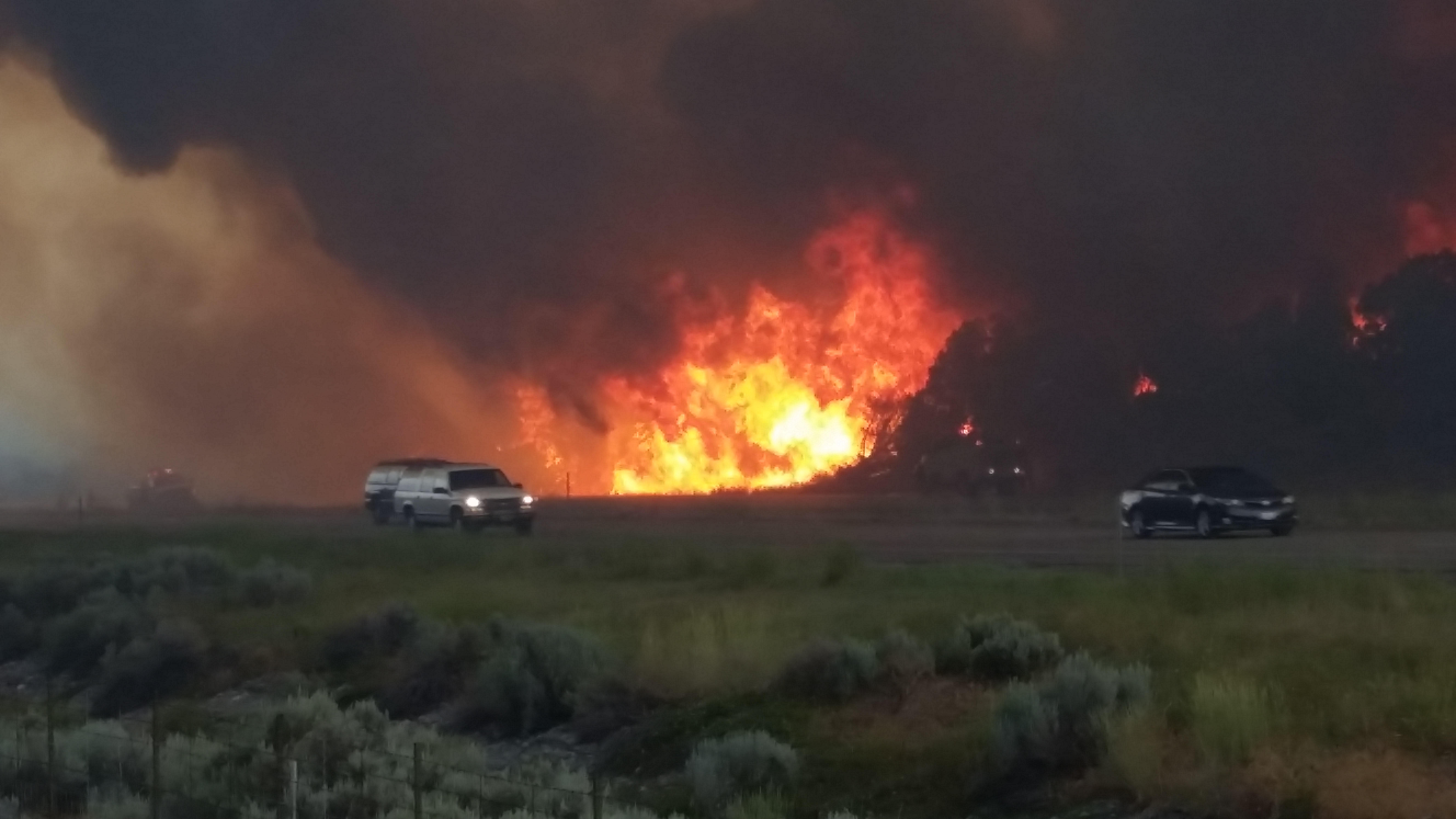 SCIPIO, Utah – A wildfire temporarily closed I-15 in both directions a few miles south of Scipio Friday evening, but by about 8:30 p.m. northbound lanes had been reopened and by just after 9 p.m. one lane of southbound I-15 was open as well.

Friday, fire officials were reporting the blaze was on about 300 acres. Saturday, Utah fire officials stated a GPS measurement had offered a revised estimate and that the fire was burning on 184 acres.

According to fire officials in Utah, the Scipio Summit Fire is three miles northwest of Scipio.

No new growth was reported overnight, according to a tweet from Utah fire officials sent Saturday. Crews were already on the fire line Saturday morning.

“Fire behavior expected to increase as the day warms up,” the tweet indicates.

No new growth overnight on #ScipioSummit Fire. Crews already on the fire line. Fire behavior expected to increase as the day warms up.

The fire was not threatening any homes or buildings, but Jason Curry–Utah Division of Forestry, Fire and State Lands–said the fire could potentially damage some high voltage electric transmission lines in the area.

According to the Utah Department of Transportation’s commuter website, both lanes of the highway were closed for some time, but as of 8:31 p.m. they stated northbound lanes had reopened, though drivers should be prepared to stop at any time. As of about 9:03 p.m., one lane of southbound I-15 was open again.

See the video below captured by UDOT cameras for images of the smoke and flames near I-15.

The fire is believed to be lightning-caused. FOX 13 News will have more information as it becomes available.