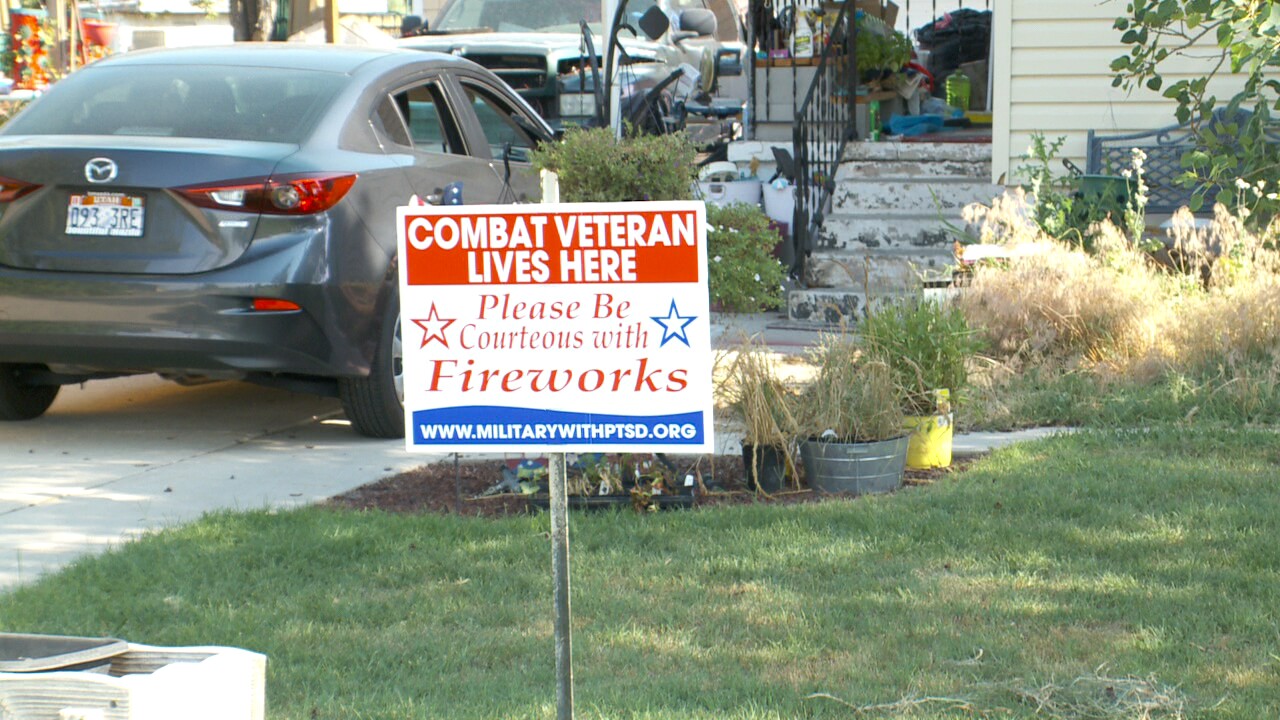 HOOPER, Utah -- Fireworks will be going off all over Utah this weekend, but not everyone loves the sights and sounds they bring.

Some people who suffer from post-traumatic stress disorder have negative reactions to fireworks, and a national program asking the public to be considerate of veterans is making its mark in Utah.

Many people have seen pictures of the group’s signs online, and one outside Kerry Miller’s home in Hooper reads: Combat Veteran lives here, please be courteous with fireworks.”

The signs are distributed by the organization Military with PTSD, and the idea is for people who live nearby to be aware that fireworks can trigger negative reactions for those with PTSD.

Miller is an Army Reserve Veteran of 31 years who says the rocket’s red glare and sounds of bombs bursting in air can bring back memories other than those of festive fun. He said the main issue is fireworks set off after many folks are asleep.

“It's the ones at midnight, one o'clock in the morning that you didn't plan on, and it sounds like a mortar going off, or a rocket whistling in or something like that, and sometimes it will flip a switch and then you’re back into your combat reactions and combat zone that you were in,” he said.

Kerry said he’s been getting treatment for his PTSD, and he wants other veterans to know that treatment is available and it does help.

He also wants the public to know he doesn't expect them to cancel holiday plans, but he advised people to include veterans in their plans and give them a heads up if you are planning fireworks displays.

Kerry also said the sign has been a conversation starter regarding the issue of PTSD, and he said it’s a conversation that’s long overdue, referring to PTSD as “the invisible wound.”