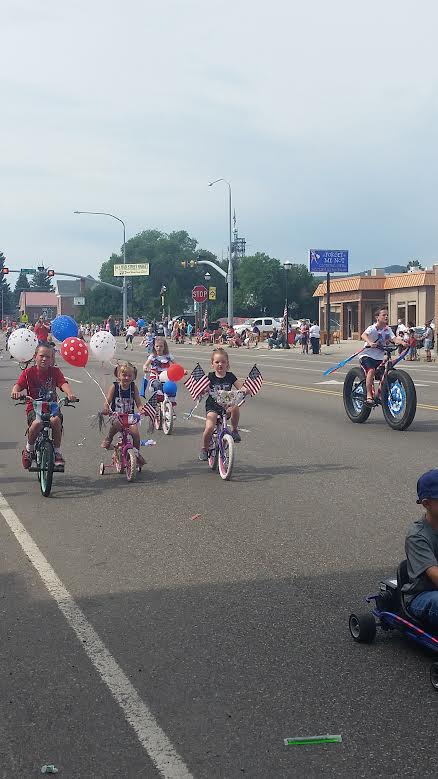 GARFIELD COUNTY, Utah — A 3.9-magnitude earthquake struck a few miles south-east of Panguitch Saturday morning  just as residents were getting ready to watch a Fourth of July Children’s Bike Parade, but despite some murmurs of concern there were no injuries or damages reported.

According to a press release from Garfield County, the earthquake occurred just before 10 a.m. as the annual Children’s Bike Parade was beginning.

The earthquake struck 2 miles south of the town, and people on the street were concerned but “there was no sense of panic after this occurrence,” according to the press release. The parade went on as scheduled. The photos of the parade posted above are courtesy Michelle Crofts via Garfield County.

Many calls regarding the quake were received by Garfield County Sheriff’s Office, but there have not been any reports of structural damage or injury in connection with the incident.

According to a seismograph station at University of Utah, the earthquake was 2 miles south-east of Panguitch, 10 miles north of Hatch, and 21 miles east by south-east from Paragonah.