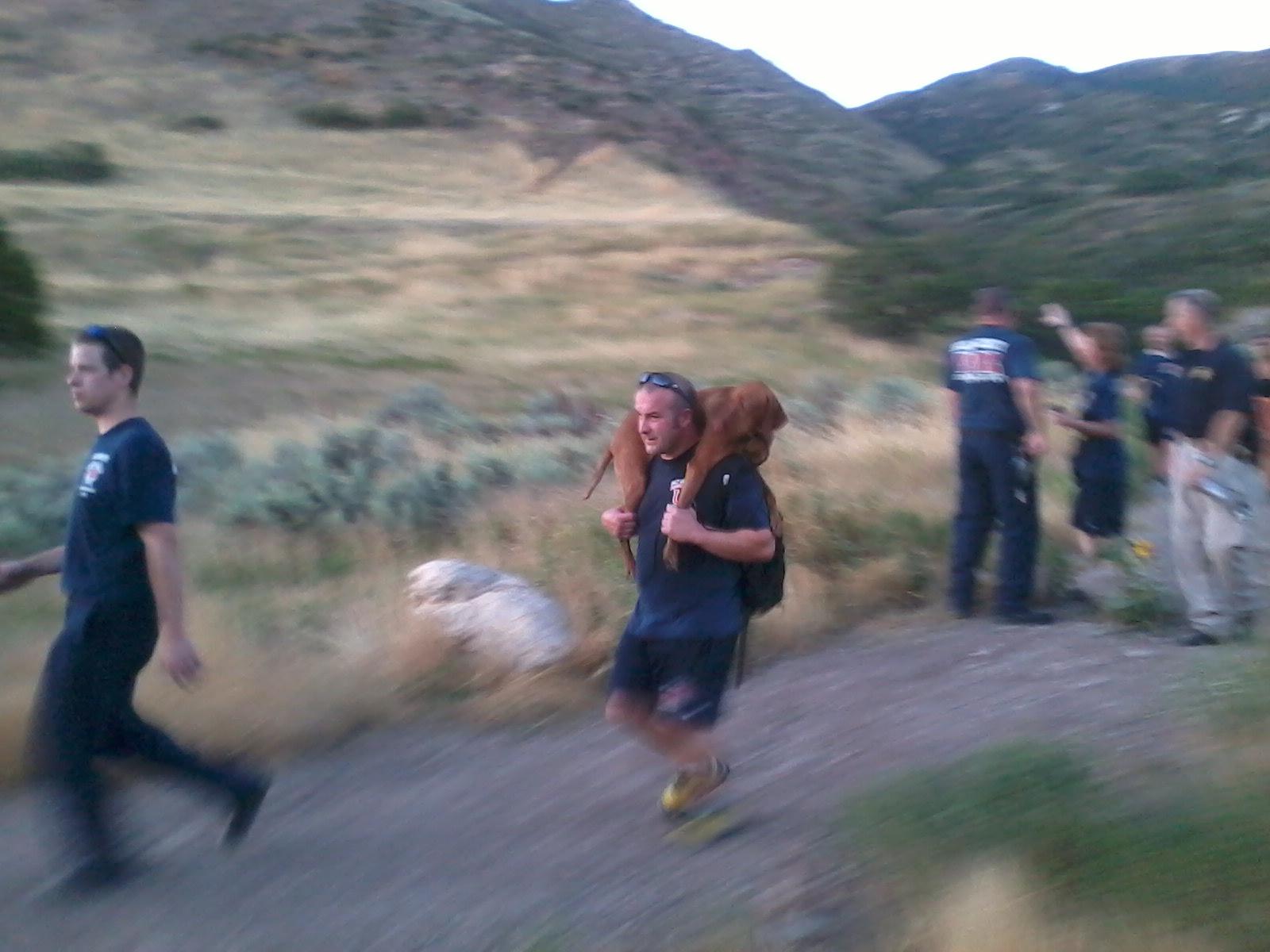 SALT LAKE CITY — Fire crews from the Salt Lake City Fire Department helped Animal Control personnel rescue an injured dog that was apparently trapped on a high ledge on a popular Salt Lake City hiking trail Sunday evening, and officials believe the dog may have fled its home due to fireworks set off Saturday night.

According to personnel at the scene, the injured dog was spotted on the Living Room Trail, which is near University of Utah, and it appeared to have become stuck on a high ledge and unable to get itself down.

The dog does have a microchip, so officials hope to use it to locate the owner on Monday.

Firefighters said they believe the dog may have run from its home Saturday night due to fireworks displays. Experts say dogs are often frightened by the sights and sounds of the Fourth of July, which leads to an increase in runaway pets at this time of the year.

The dog suffered some kind of injury, but specific details were not clear.