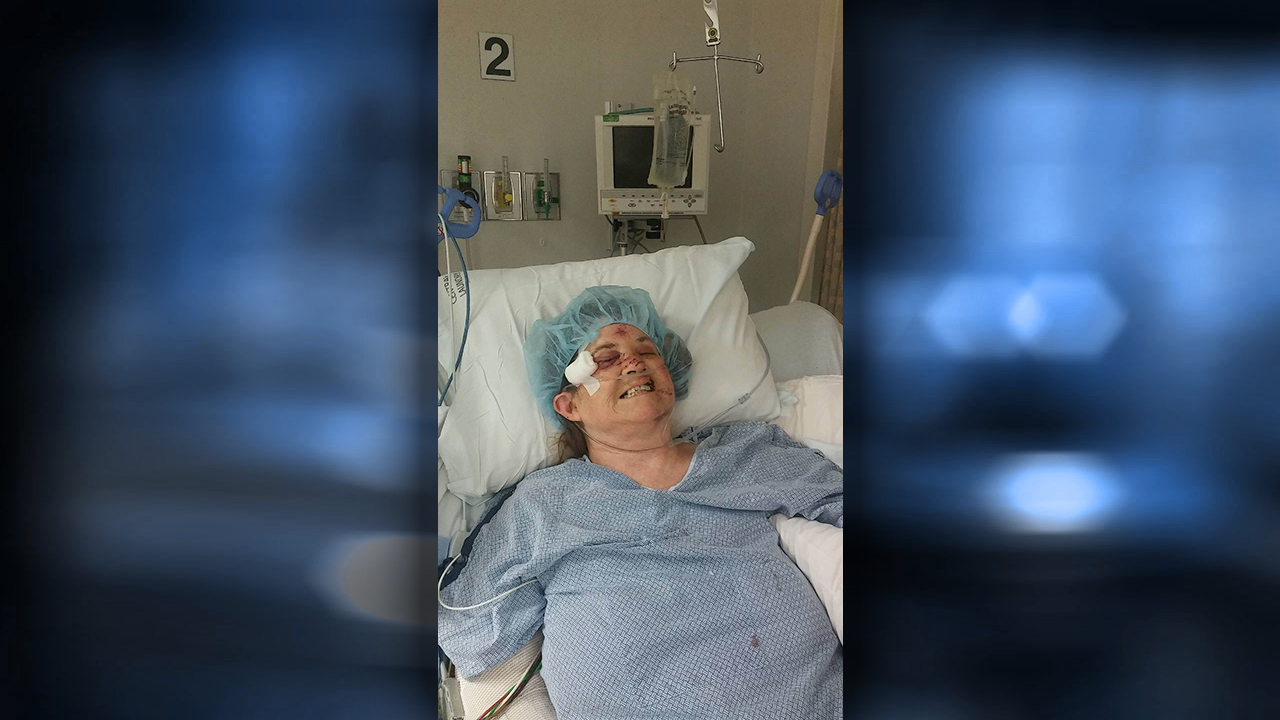 BOUNTIFUL, Utah -- She was left in a gutter bloodied and bruised with several broken bones. Police are now looking for the driver that fled the scene after hitting a woman in Bountiful Saturday.

It's the beginning of a long road to recovery for 57-year-old Nina Jacobs of Bountiful.

“It's devastating. The first time I saw her, I could not believe that somebody would do this and just leave,” said Kristie Banks, the victim’s cousin. “We wouldn't be so angry and upset if the person had just stopped. You know, accidents do happen, but when you purposely drive off knowing you hit somebody is a hard thing to swallow at this time,”

Jacobs has been in the hospital enduring surgery after surgery since Saturday night, when she was the victim of a hit-and-run.

“We cry quite a bit but to know she's doing well today is a relief,” Banks said.

Police say Jacobs was found near the gutter at 245 S 500 W in Bountiful. One of her legs was nearly severed and the other was broken.

“Her face is badly broken. She has several bones broken on her face and she'll be having surgery in the future on that as well,” Banks said.

Police believe Jacobs was traveling west to east across the road when she was hit. The driver fled the scene, leaving Jacobs in the gutter. Drivers passing by saw her and flagged down police.

“I'm just glad somebody did because with her being just lying in the road somebody else could have come and hit her again,” Banks said.

Police say some debris was left at the scene, but not enough to give them any evidence.

“At that time of day, there's not a lot of people out so we don't have witnesses or anything like right now. That's what detectives are working on - trying to track down any leads, to try and locate the person  or the vehicle who was involved,” said Assistance Chief Ed Biehler with Bountiful City Police Department.

Jacobs, who has been deaf since birth, may now lose her sight in one of her eyes. But, despite everything, Jacobs' family says her spirits are high.

"Today, right before she went in to surgery, she told me to take her picture. She was smiling. It wasn't a full smile, but she did the best she could," Banks said.