The owner's son, Dave Markisich, said at about 4 a.m., a deluge of water came rushing in.

"It was like a tsunami, it ran right down the street. It was supposed to go to a retention pond but they didn't have it tied in yet from the I-15 construction," Markisich said.

He said city crews told him the house flooded because construction crews had not tied in the retention pond where the water was supposed to drain.

"I've never seen so much water hit so fast and so hard," he said.

Markisich said the man who rents the basement could barely get out in time because the water came in so quickly.

"They just happened to hear the rain and look out and then come up and that's when the big wave come flying down the street and hit the house," he said.

Markisich said he doesn't have flood insurance and said everything in the basement is a total loss. 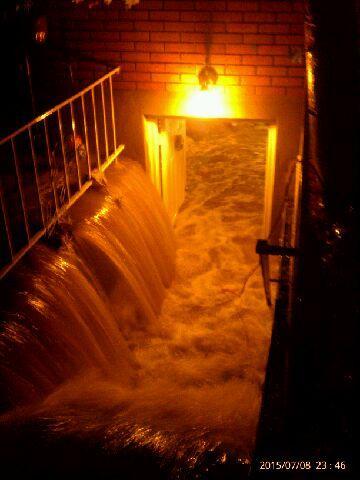