Driver in rollover that injured 2, closed lanes of I-80 booked for DUI 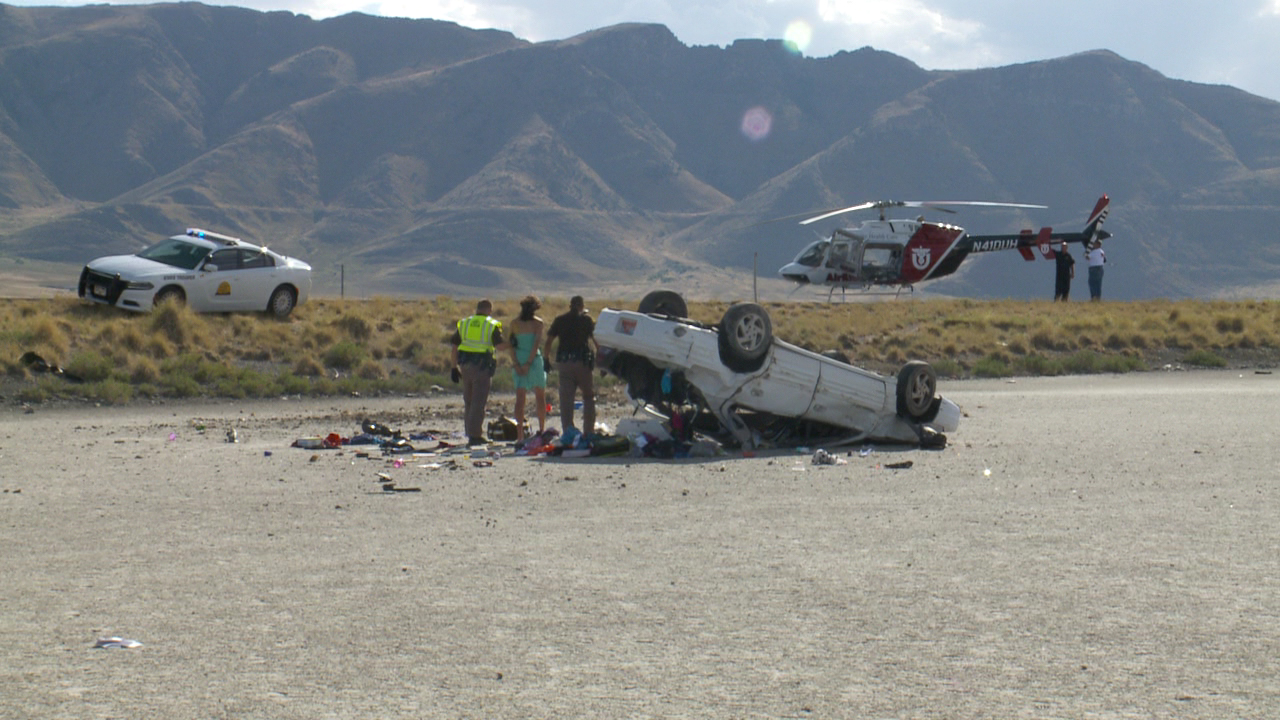 TOOELE COUNTY, Utah – Two people were taken to hospitals after a rollover crash that caused closures on eastbound I-80 for about 90 minutes Saturday evening, and Sunday police stated the driver has been booked into jail on charges that include DUI and possession of drug paraphernalia.

According to the Utah Highway Patrol, three people were in a car traveling eastbound on I-80 near mile post 82 around 5:17 p.m. when the vehicle drifted to the right, over-corrected and then rolled into the median—coming to a rest on its roof.

“One female rear occupant looks like they were partially ejected,” said Ronny Corona of the Utah Highway Patrol. “The other two, we’re assuming right now that they did have their seat belts on, they stayed in the vehicle.”

The female passenger in the rear seat was unrestrained and suffered critical injuries. The front seat passenger was taken to a local hospital in poor condition. Sunday, officials said the passenger who was ejected remains in critical condition and the other passenger is now in stable condition. Both are 24 years old.

The driver suffered minor injuries, and police are investigating alcohol as a possible contributing factor in the crash. Sunday, police stated they had arrested 25-year-old Katherine Allegro and booked her into the Tooele County Jail on charges of DUI, possession of drug paraphernalia and failure to operate within a single lane.

Eastbound I-80 was closed in the area for about 90 minutes. Photos from the scene show people standing along the highway as traffic remained backed up at the scene.

The driver tells UHP the trio was traveling from Grantsville to Salt Lake City.