SANDY, Utah -- A family from Sandy is taking patriotism to a new level, as each July the Haugens put up a giant American Flag measuring 25-feet by 40-feet in Little Willow Canyon. That flag was taken down Saturday after the family said it was vandalized, but thanks to community efforts, a new flag is flying in its place.

The large American flag waved in the wind between two canyon walls in Sandy. But on Thursday night, a closer look revealed at least six holes scattered throughout the flag.

“Our best guess was that it was vandalism; That's sad that somebody would have that disrespect for our flag,” said Harold Haugen of Sandy.

Haugen first put up the flag three years ago to instill patriotism throughout the community. But when he and his family saw the holes strewn all over the flag, their hearts sunk.

“I was sick, I was like, 'Oh no. How could someone do this?'” said Becky Haugen, Harold’s wife.

Putting up the massive flag is no easy task. The Haugens said it's costly and time-consuming. On Saturday morning, Haugen, his family, and members of the community had to take it down.

“For respect for the flag, if it's damaged, it needs to come down,” Harold Haugen said.

“It got some gun shots in, and the wind has caught the holes and tore it,” Haugen said.

Those in the community say they can't believe someone would do this.

“It's horrible. It's awful that somebody would take something so beautiful and, you know, ruin it for the rest of us so the rest of us can't enjoy it,” said Darren Rowley of Sandy.

Haugen paid for the original flag out of his own pocket, and now the community has come together to help him purchase a new flag.

Now the new flag will hang in Little Willow Canyon throughout the month of July, and the Haugen’s said they still plan on hanging it, year after year.

“If someone doesn't like it, I'm sorry, but you can't beat us: It's going to go up there no matter what,” Becky Haugen said. 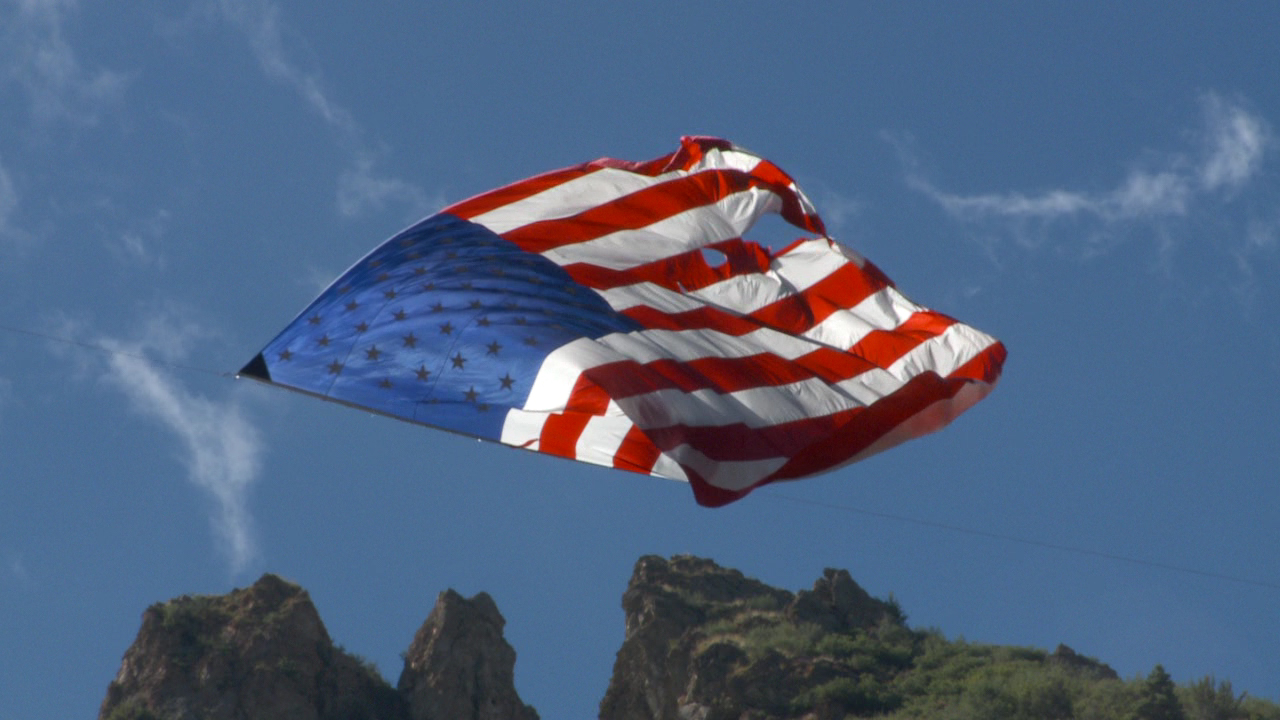