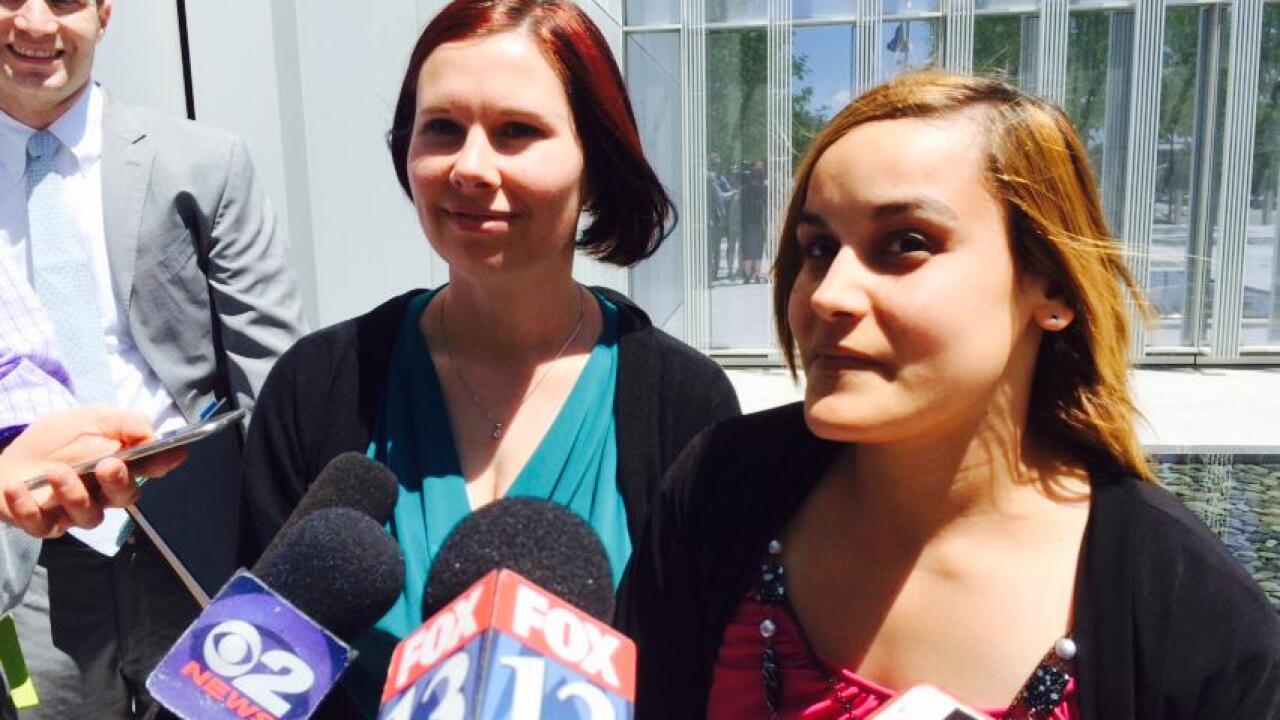 Kami and Angie Roe speak to reporters outside U.S. District Court on July 15, 2015 after a judge ordered their names to be put on their child’s birth certificate.

SALT LAKE CITY -- A federal judge has ordered the Utah Department of Health to put a same-sex couple on their child's birth certificate, ruling that the state is discriminating against them.

U.S. District Court Judge Dee Benson said that in light of the U.S. Supreme Court's ruling on same-sex marriage, Utah would need to change its laws to reflect that new reality.

"I’m just still trying to see if there’s any way you can, now that same sex marriage is legal, tell me Utah has a rational basis in discriminating against this woman," he told lawyers for the Utah Attorney General's Office.

Kami and Angie Roe sued the state after health officials refused to list Angie as a parent of their child. The couple married after Utah's ban on same-sex marriage was overturned. Kami is the birth mother of their child, Lucy. Angie Roe said she took the exact same steps that a man would if his wife used assisted reproductive services (such as a sperm donor), including signing the same paperwork. But the Utah Department of Health refused to issue a birth certificate with Kami and Angie Roe's names on it.

"We feel like we are being discriminated against," Angie Roe told FOX 13 outside court. "We want to be treated just like opposite sex couples with respect to this situation."

Kami and Angie Roe speak to reporters outside U.S. District Court after a judge ordered their names to be put on their child's birth certificate.

The ACLU sued on their behalf, arguing the state health department violated their equal protection rights.

In sometimes blistering questioning, Judge Benson pressed the state for reasons why the law should discriminate against the Roes versus a married, heterosexual couple.

"That’s exactly what one of these women simply wants the state to know: 'I’m this child’s mother. When I go to pick her up at school and I go to the hospital, the people need to know I’m her mother. It’s on her birth certificate,'" Benson said.

Outside court, Douglas said he did not know if the state would appeal the judge's ruling. The case is the first of its kind to get a ruling since the U.S. Supreme Court's decision that legalized same-sex marriage nationwide, said ACLU lawyer Joshua Block.

"We’re hopefully helping other people out there in the country that are possibly going to go through this same type of discrimination," Angie Roe said.  "Hopefully it will be a case to remember."